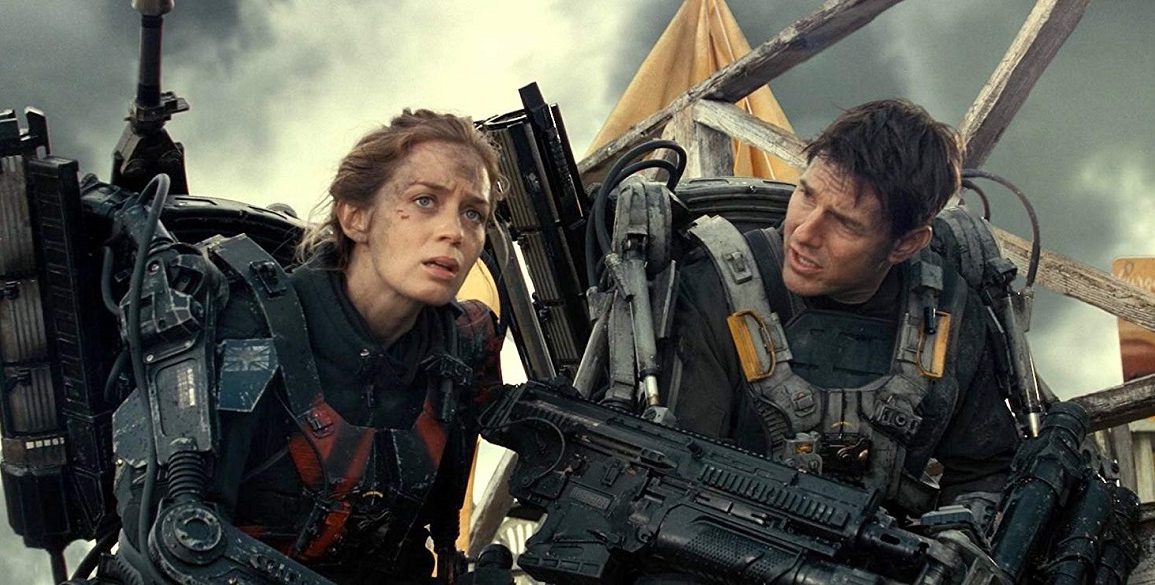 We’re got a little bit of history repeating on our hands today. Deadline broke the news that Warner Bros. is moving ahead on a sequel to 2014’s Edge Of Tomorrow. If the name doesn’t immediately ring a bell, that’s because you might be one of the millions who are familiar with the film’s tagline: LIVE. DIE. REPEAT. Which was in giant letter on both the poster and home video release. The film, directed by Doug Liman, starred Tom Cruise and a seriously badass Emily Blunt.  The studio decided to move forward on the project, based off a pitch by Matthew Robinson (Invention of Lying), who will now write the script. The original was based off the light novel “All You Need Is Kill” by Hiroshi Sakurazaka.

We have no insider knowledge, but it seems kind of fitting that as another time-loop centered film sequel (Happy Death Day 2U) is turning a profit in theaters, that other studios would want to follow suit. Then again, this is a road Warner Bros. has been down before. Initially, in 2016 a sequel was slated for development. Liman and Cruise were set to return with a script written by Joe Shrapnel and Anna Waterhouse. A year went by without much movement, before Collider came back with a new title (Live Die Repeat and Repeat) and another returning star, Emily Blunt. Fast Forward to last year, when Liman further stated he felt the sequel could be his next feature. Finally, In the summer Edge of Tomorrow‘s co-writer Chistopher McQuarrie (Mission Impossible: Rouge Nation & Fallout) indicated the script was still being retooled. Then, nothing.

So today’s news is both exciting and confusing. The movie is still happening, but there’s no indication as to what caused the previous iteration to stall. Or, for that matter, what it was about Robinson’s pitch that renewed interest. It should be stated that no one, other than the writer has been signed on. Cruise, Blunt and Liman’s involvement is supposedly predicated on how they feel about the script. Though not mentioned in the piece, should the script need a slight nudge to greatness, McQuarrie would probably jump at the chance. After all, he and Cruise have become best buds over the past couple years. As more Edge Of Tomorrow 2 developments become available, we’ll update you accordingly. Hopefully we don’t have to wait another year to do so.