You have to feel a little sorry for the The Maze Runner franchise.  Part of the family of movie franchises based on successful YA (Young Adult) book franchises, its two movies have averaged worldwide box office totals less than half the average of the five The Twilight Saga movies and even less than that of the four The Hunger Games movies.  Granted, they’re different kinds of movies, but they come from the same origins and we all try to categorize them as the same.  (At least they haven’t fared as poorly as The Divergent Series, which is downsizing to the small screen to finish its story.)

My theory about why they never struck the same chord is that Twilight and The Hunger Games have the romance; those movies appeal more to the young female audience. The Maze Runner is all action and adventure; those movies appeal more to the young male audience.  If true, it’s apparent which audience spends more money at the box office… and which audience probably goes for more repeat viewings.  Why I feel sorry for The Maze Runner, though, is that I think it has a more intriguing concept than the others.  Even on paper, the first chapter offers a mystery and challenge more unique and enthralling than the other two. 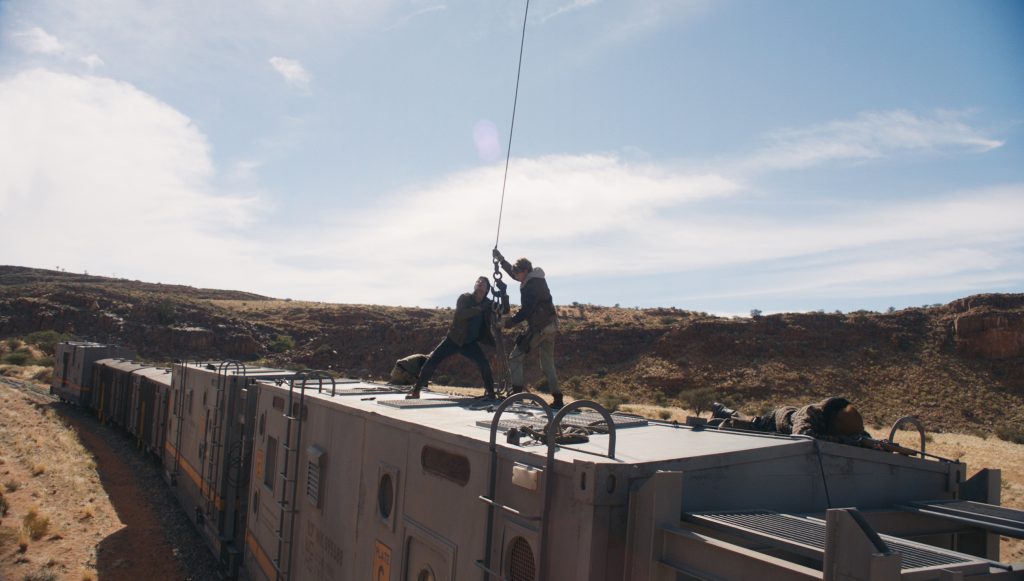 That’s the first chapter. The second chapter, The Scorch Trials, devolves rather quickly into standard, sometimes boring, action fare.  The overall mystery survives, but the twist ending of the first chapter had too readily solved the most intriguing aspect of the entire franchise.  Now, almost two-and-a-half years later, comes the final chapter, The Death Cure.  Most of the continuations mentioned thus far arrived with only a year in between.  The fact that this one has been delayed may contribute to the franchise going down with even less impressive statistics than it has now.

Dylan O’Brien is back as Thomas, a former employee of WCKD, the organization that created the giant maze that he escaped in the first movie. After joining forces with the rebellion at the end of the second movie, he now leads them into the last city surviving the deadly virus that resulted from the massive solar flare that devastated the planet to rescue their friend, Minho (Ki Hong Lee).  Since it’s the end of the franchise, you can also expect him to face off against WCKD bad guys Ava Paige (Patricia Clarkson) and Janson (Aidan Gillen), as well as encounter his ex-love Teresa (Kaya Scodelario).

The nice thing about The Death Cure is that you don’t have to be terribly familiar with the first two chapters.  Yeah, you might miss some of the rewarding details that a true fan savors; however, a lack of knowledge about what’s already happened doesn’t deter you from enjoying what’s happening now.  And I like that the movie doesn’t try to get us up-to-date about it all.  In fact, we’re dropped right into the action from the first moment during an exciting chase and train heist/rescue.  This is only one set piece that Wes Ball, who has directed all three movies, handles with great proficiency. 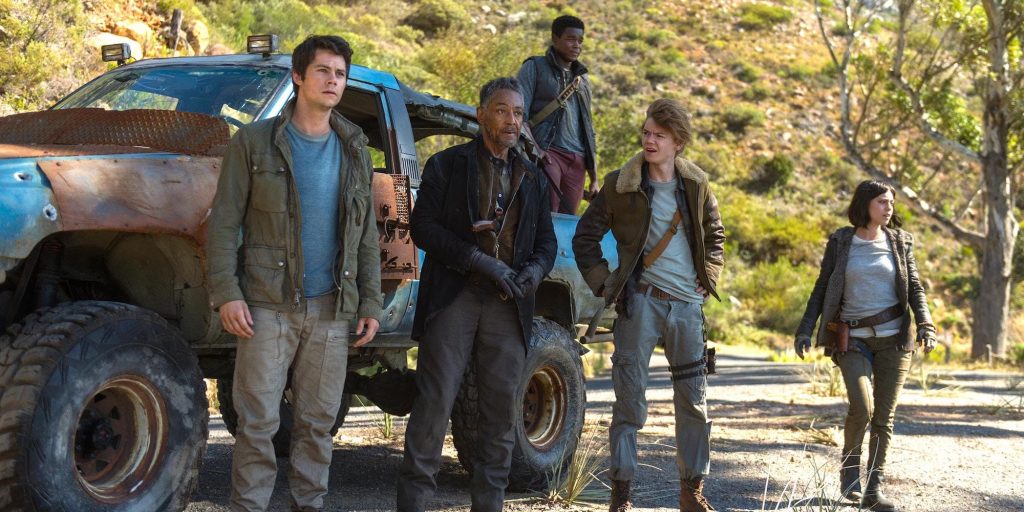 Writer T.S. Nowlin also returns to pen the screenplay, based on the book by James Dashner. The common cast and crew adds some consistency to the storytelling that may prove to provide a more seamless experience when watching all three.  The other franchises sometimes shake things up, resutling in  the feeling of different stories rather than one big tale with different chapters.  As for the finale, the moment of no escape ends predictably, but is then followed by an unexpected event.  It caps a super-quick 142-minute running time that never drags for even an instant.

Overall, The Death Cure accomplishes several things.  First, it saves the franchise from a weak second chapter.  Then, it offers a well-earned conclusion to the story.  Finally, it stands on its own as an exciting, entertaining adventure with an appealing young cast sharing the screen with some accomplished actors.  In addtion to Clarkson and Gillen, Giancarlo Esposito returns as Jorge, a more senior member of the rebellion, Barry Pepper returns as Vince, their leader, and Walton Goggins debuts as Lawrence, a deformed leader of a faction just outside the city wall.  I enjoyed the experience, never feeling like I was obligated to suffer through it simply because I’d seen the others. 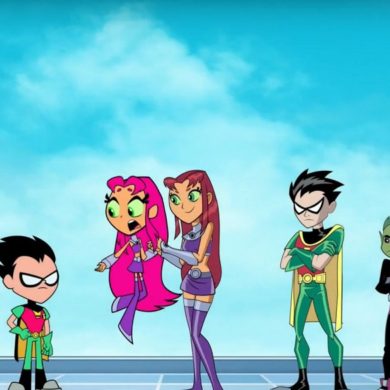 There’s A Whole Lot Of Craziness Going On In This ‘Teen Titans Go! Vs. Teen Titans’ Trailer