Get ready to be scared of dolls again in the new trailer for CULT OF CHUCKY. Chuck is back for the seventh installment of the CHILD’S PLAY franchise and he’s bringing more familiar faces. Including fan favorites Alex Vincent, Jennifer Tilly, Fioana Dourif and her father, Brad Dourif’s iconic vocal chords will be voicing our friend till the end!

SYNOPSIS:
Written and directed by Don Mancini, the new film features CURSE OF CHUCKY star Fiona Dourif returning to reprise the role of Nica, who is confined to an asylum for the criminally insane, wrongly convinced that she — not the possessed doll Chucky  murdered her entire family. But when her psychiatrist introduces a new group therapy tool — a “Good Guy” doll — a string of grisly deaths plagues the asylum and Nica starts to wonder if maybe she isn’t crazy after all.

The killer doll returns in this new movie hitting Blu-ray, DVD, Digital and On Demand on October 3. 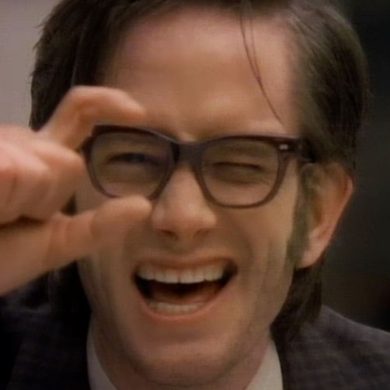 Rejoice! Amazon Is Making A New Season Of ‘The Kids In The Hall’!