Your Week Hasn’t Truly Begun, Until You’ve Seen This Trailer For ‘Clownado’ 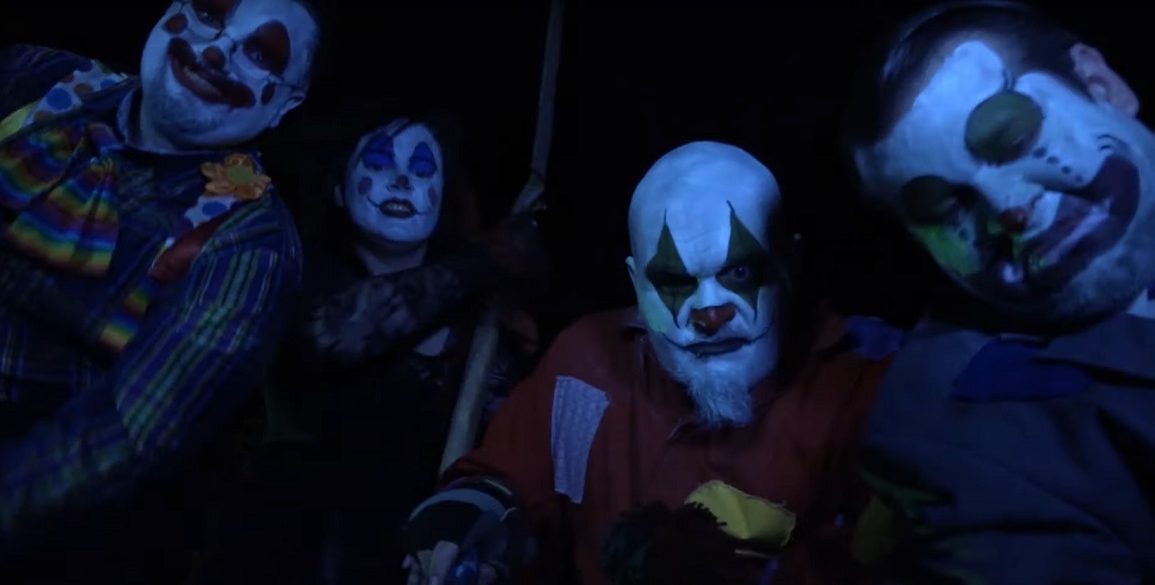 Understandably, you clicked on this article because of the header image and the title of the movie in question. Who could blame you? Life is short. When something called Clownado comes along, you simply drop everything that’s seemingly important. So, without further adieu behold the trailer, in all it’s glory.

That looks absolutely insane.  The kind of movie you watch late at night, with a group of friends and a few drinks. Now that we’ve gotten that out of the way, there’s a good chance you have numerous questions. Sadly, we don’t have any answers for you. What we do have is an official synopsis for Clownado. Trust us, it’s just as wonderfully confounding as what you saw above.

“Cursed demonic circus clowns set out on a vengeful massacre using tornadoes. A stripper, Elvis impersonator, truck driver, teen runaway, and a dude get caught in the supernatural battle between femme fatale and the boss clown from hell.”

If that doesn’t get you excited, even a little bit, I don’t know what will. How about that it features genre icon Linnea Quigley (Night of the Demons)? Or that its directed by one of the mad maestros of zero-budget horror, Todd Sheets*? Seriously, Sheets is rather prolific when it comes to films like this. He works within a certain aesthetic, sure, but more often than not his movies are celebrated as “throwback thrill-rides”. In fact, let the words of the director himself (in a statement to Bloody Disgusting), sell you on what makes  Clownado special:

See, now that’s some showmanship. True, we have no idea how exactly Clownado will turn out, but that’s not gonna stop us from seeing it. While there isn’t a release date as of yet, it is slated to land sometime this Summer on VOD. Once there’s a bit more concrete info, we’ll update you accordingly. Till then, here’s the official poster.