Every year films roll into Sundance and the buzz begins to build. This years pre-buzz came from A24’s horror thriller ‘Hereditary’ and now we have an official trailer to see what all the fuss was about. And holy shit, this is some worthwhile buzz.

A24 has become a master of crafting a trailer that builds tension and brings you to the edge of your seat while teetering on madness and the unknown. Just enough intrigue to make you clamor to see the film but not quite enough to completely let you know what the hell is going on.

‘Hereditary’ is from filmmaker Ari Aster and the film stars Toni Collette in what looks to be a masterful performance of insanity. It also stars Gabriel Byrne, Alex Wolff, and Milly Shapiro.

The trailer really gives us a roller coaster ride of emotions. Everything seems to be going wrong and starts to spiral out of control. From a funeral to bee infested faces, bodies on fire, OUR PETS HEADS ARE FALLEN OFF!

SYNOPSIS:
When Ellen, the matriarch of the Graham family, passes away, her daughter’s family begins to unravel cryptic and increasingly terrifying secrets about their ancestry. The more they discover, the more they find themselves trying to outrun the sinister fate they seem to have inherited. Making his feature debut, writer-director Ari Aster unleashes a nightmare vision of a domestic breakdown that exhibits the craft and precision of a nascent auteur, transforming a familial tragedy into something ominous and deeply disquieting, and pushing the horror movie into chilling new terrain with its shattering portrait of heritage gone to hell.

Check out the trailer and a few stills below then see ‘Hereditary’ in theaters June 8, 2018. 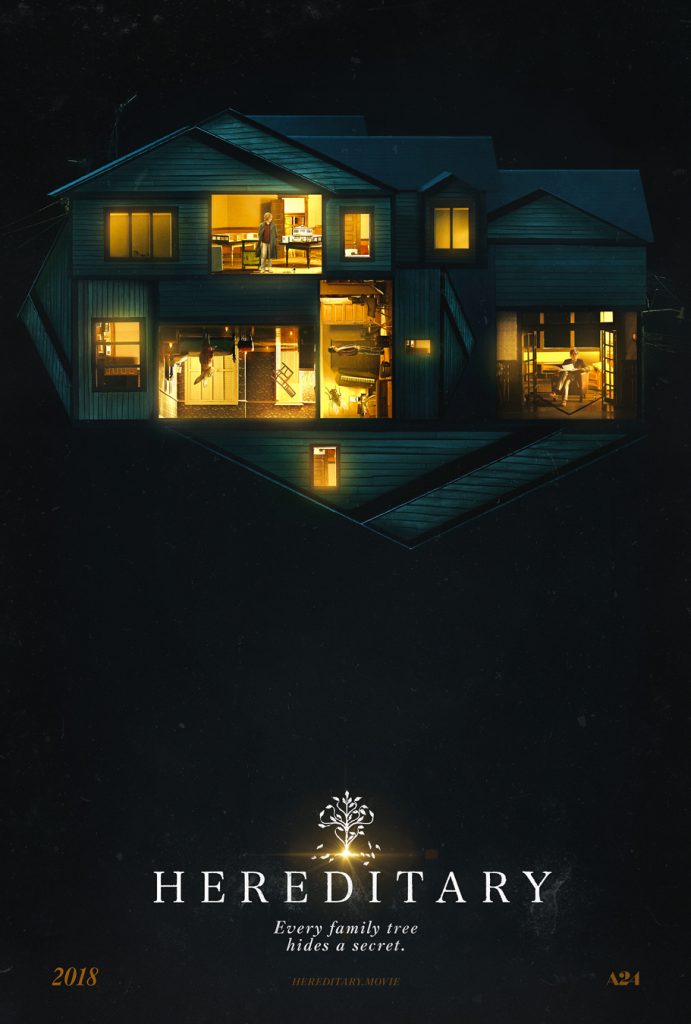