Bebop & Rocksteady Burst Onto the Scene in the New TMNT Trailer 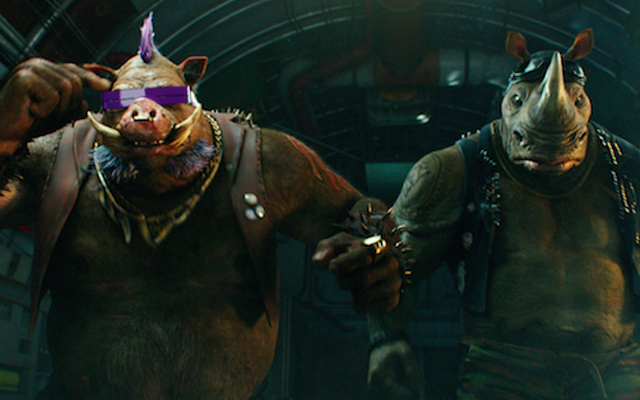 Overall I really wish we could go back to the 90’s live-action film when the mutant turtles were men in suits. All that aside, casting Stephen Amell as Casey Jones knocked it out of the park for me. Check out the new trailer and a few stills from the film below.