Award-winning writer-director of THE GUARD & CALVARY, John Michael McDonagh crosses the globe for his much-anticipated third film, WAR ON EVERYTHING! It’s an action comedy starring Alexander Skarsgård, Michael Peña and Theo James that originally debuted at SXSW 2016 to rave reviews. Big fan of the Skarsgards and Michael Peña. Put them together in a comedy and we should have a really fun film.

It takes place in Albuquerque, New Mexico, where Terry Monroe (Skarsgård) and Bob Bolaño (Peña) who are two corrupt cops who set out to blackmail and frame every criminal unfortunate enough to cross their path. Things take a sinister turn, however, when they try to intimidate someone who is more dangerous than they are. Or is he?

McDonagh is known for his distinctively witty sensibility and confrontational humor. He previously wrote and directed the acclaimed drama Calvary, starring Brendan Gleeson, and offbeat comedy The Guard, also starring Gleeson alongside Don Cheadle, which became a worldwide sleeper hit.

War On Everyone arrives in the UK on September 30th. No word on the US release date. 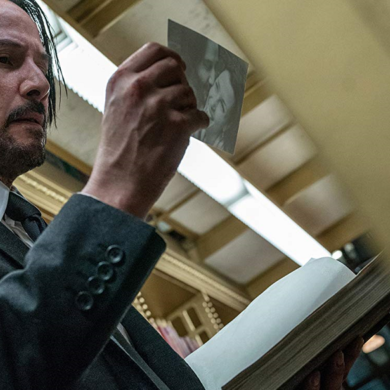