REVIEW: ‘A Wrinkle in Time’ Needs Ironed Out

In 1962, author Madeleine L’Engle first published the classic science fiction novel A Wrinkle in Time. It won several literary awards and started a series of books better known as the Time Quintet. Disney has previously attempted to bring the fantastical story to life once before, in 2003, but low ratings and a rather cold reception from audiences shelved any potential sequels. Now, some 15 years later, Disney is trying it once again, but the response may very well be the same.

Our story centers on Meg Murry and her brother Charles Wallace. Both are suffering after the sudden disappearance of their father, Dr. Alex Murry, who was taking astrophysics to new heights some three years earlier. Once incredibly bright and a straight A student, Meg is now attacking other students and withdrawing from the world around her. Charles Wallace is a prodigy but he too misses their father while idolizing her older sister. When Charles introduces Meg and her new friend Calvin (Levi Miller) to three very unique women, they soon discover that Meg’s father is still alive. However, he’s in the clutches of the mysterious It, a force of pure evil that is threatening to devour the universe. 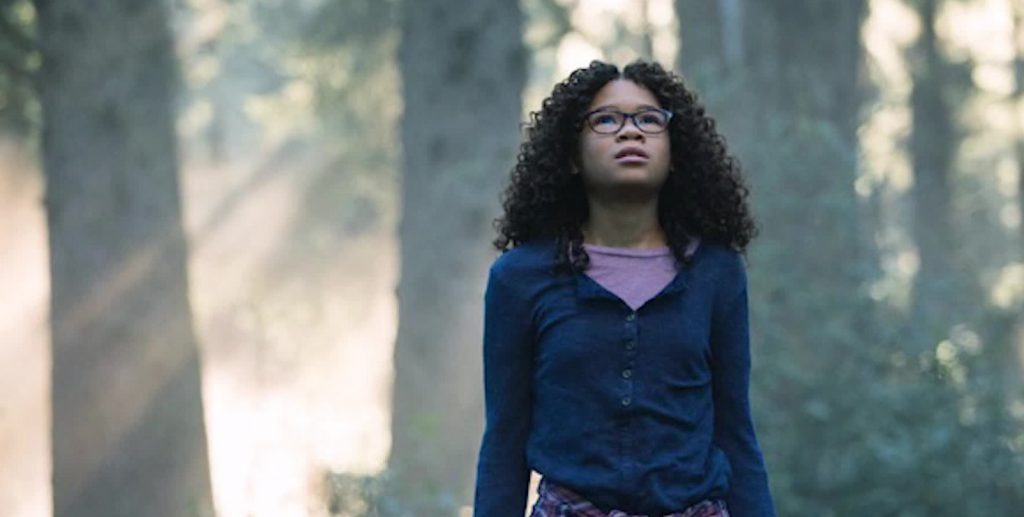 The three women, known as Mrs. Which, Mrs. Whatsit and Mrs. Who, are intentionally bizarre characters as they are astral travelers. They are larger than life, each possessing unique powers. Unfortunately, this is one of the first missteps of the film as Disney succumbed to the lure of stunt casting. While I think Reese Witherspoon was actually enjoyable to watch, Mindy Kaling came across as rather odd at times and Oprah Winfrey was horribly miscast. Oprah is a wonderful actress but she’s too mainstream and her presence here pulls the audience out of the moment. The same can be said for Michael Pena and Zach Galifinakis, who apparently was sleepwalking his way through the character of The Happy Medium. However, Oprah does give one of the best speeches in the film when talking to Meg as she helps her to understand about all the events in the universe that happened to make her the truly unique and special person she is.

Disney has also made several changes to the characters, one of which is a shining example of how the world has changed for the better since 1962. The previously all-white Murry family is now multi-racial with the character of Meg played by newcomer Storm Reid. She’s absolutely amazing and one of the bright spots of the film, proving that the talent of the actor is more important than the color of their skin. While Meg had three siblings in the original story, she now only has her brother Charles Wallace Murry (Deric McCabe). Gone are the twins and future key characters Sandy and Dennys, assuring that at least some of the novels in the series cannot be brought to the big screen. The rest of the characters remain generally the same, with Chris Pine (Star Trek) as Meg’s father Dr. Alex Murry and Gugu Mbatha-Raw (The Cloverfield Paradox) as his now African American wife, Dr. Kate Murry.

However, one key character is missing altogether in the final act, and this is another issue with the film. In the original book, Meg visits a world called Ixchel and is nursed back to health by Aunt Beast after rescuing her father and escaping the It. Now, the character of Aunt Beast would clearly have had to be a CGI creation due to the four arms and tentacles for fingers alone. However, the technology clearly exists and the absence of this part of the story forces the climax to be accelerated in such a way that it seems to come too quickly. The story rushes along at breaking speed once Meg and the others arrive on Camazotz and the It is defeated far too easily. Deric McCabe, who turned in a fun performance at first, is in over his head once Charles Wallace becomes possessed by the It. With a running time of just 109 minutes, there was clearly an opportunity to flesh out the ending rather than rushing it to the finish line. 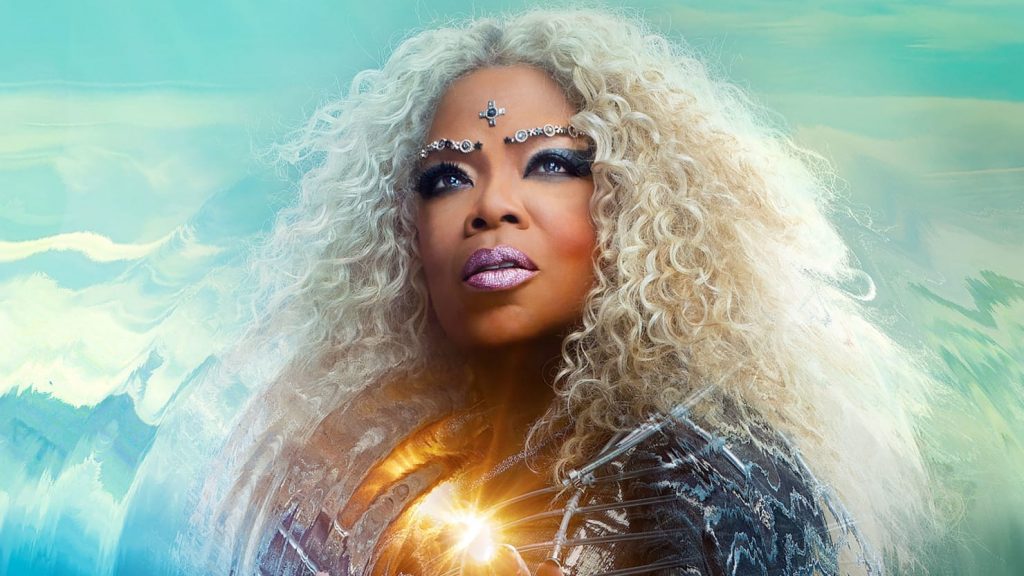 A Wrinkle in Time is visually stunning and it would have been a joy to explore this universe a little more with a great, classic fantasy or science fiction soundtrack. Unfortunately, the use of contemporary music is one of the biggest problems with the film. A fantasy movie like this deserves an equally fantastic orchestrated score. Composer Ramin Djawadi may be best known for his work on Game of Thrones but his influence is clearly lost here as it’s buried by music straight off of Radio Disney. The overly sweet saccharin pop music absolutely ruins the film in key moments. I understand that this is a Disney movie but I wish they would have made smarter musical choices. Younger audiences might enjoy it but anyone over the age of 25 will be annoyed by it.

Director Ava DuVernay has become the first African American woman to direct a live-action film with a budget of over $100 million. Sadly, it was not the auspicious start everyone had hoped for and I predict that Disney will not be rushing to make a sequel any time soon. There are some great moments in A Wrinkle in Time that truly elevate the film. Unfortunately, the weaker elements of the film greatly bring it down. Madeleine L’Engle was not a fan of the 2003 film and I think fans of the book series might be equally as disappointed with this effort. That said, there are some wonderful messages about good and evil that are just as powerful and important today as when they were first written.