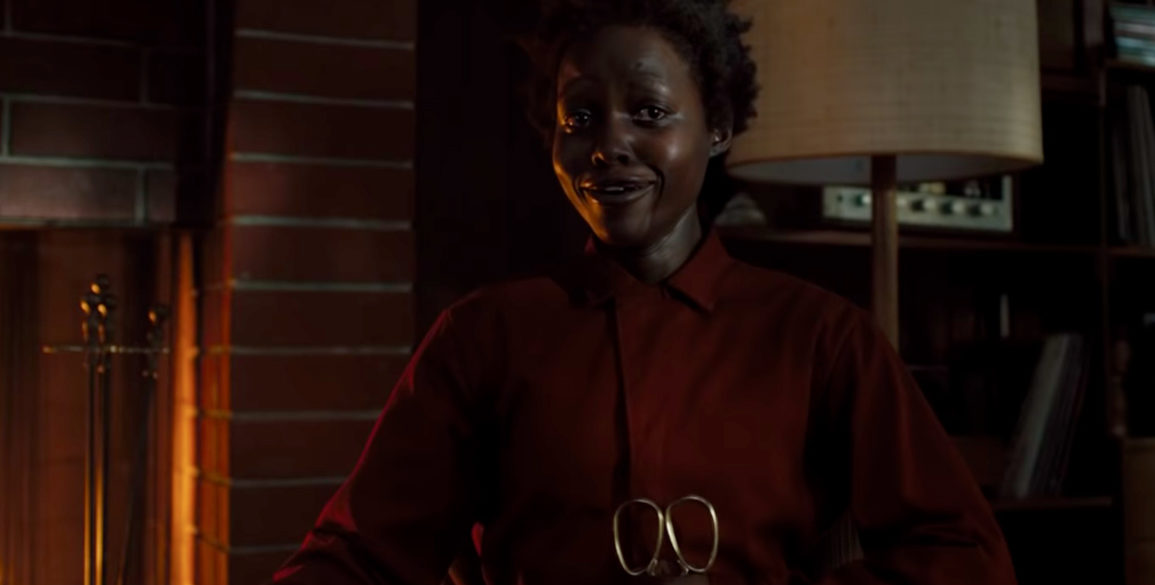 A SXSW audience is known for being raucous, especially for the festival’s opening night premiere. The event organizers hit the jackpot by landing Us, from writer/director Jordan Peele, a filmmaker known for making visceral movies that encourage interaction. The film also happened to be the most highly anticipated sophomore directorial feature… possibly ever?

In terms of scope, Peele is an example of a filmmaker who has earned the trust to utilize a bigger budget to tell a larger story. While other directors might stray from their roots, Peele tells his larger story while also keeping focus on the personal lives of his main characters. There are some stylistic similarities to 2017’s Get Out, but Us is another horror puzzle box that stands on its own. Now with a larger budget, Peele just has more toys to play with.

The Wilson family is heading to their lake house during the summer in Santa Cruz, California. Gabe (Winston Duke) is the corny, Chevy Chase-esque father who always thinks he knows what he’s doing. The kids, Zora (Shahadi Wright Joseph) and Jason (Evan Alex), tolerate his dabs and knock-knock jokes. It looks to be a perfect summer vacation but the mother, Adelaide (Lupita Nyong’o), has had a traumatic experience at the Santa Cruz beach as a child. The film has flashbacks to young Adelaide walking away from her parents on the boardwalk and stumbling upon a house of mirrors. In there she encounters a little girl who looks exactly like her, except it isn’t a simple reflection off of a mirror.

Peele has several focused shots of Nyong’o’s reflection in window panes and glass tabletops. Her mirror image is always somewhere nearby, until it violently confronts her.

Get Out is known as a slow burn, some consider it more of a thriller than a horror film. For those who want a more consistent level of intensity, Us easily delivers. As depicted in the trailer, the identical family dressed in red invade the Wilson’s house in the first 30-45 minutes. From that moment on Peele relentlessly tests the family’s resolve and ingenuity. The Wilsons are easy to root for because they’re smart human beings who think of inventive, practical ways to stay alive.

Peele is the perfect horror director because he knows that horror, like comedy, is a series of setups and payoffs. Every action and object has its own purpose. Every image has its own subtext, which makes Us extremely rewatchable and fun to dissect. A think piece could be written about how the rabbits represent purity and innocence, another could be written about the Bible verse referenced multiple times: Jeremiah 11:11. The use of “I Got 5 On It”, a song written by a group from the same area of California, isn’t just used for its haunting strings. The Luniz chorus directly quotes splitting a bag of weed, possibly referencing the split personalities of these characters.

The family in red represents the personification of the shadow self. One particular scene is reminiscent to other films that have tackled the same idea, like 2010’s Black Swan and 2018’s Annihilation. These beings become more terrifying because they already know you.

Adelaide has a sense of knowing when her counterpart is near through eerie coincidences and her proximity to her previous trauma. Just like when someone is far away from a light post, they have long, distant shadows. As they come closer to the light, the shadow becomes closer until it’s right on top of them.

Us is a terrific showcase for Peele’s two leads. Both Duke and Nyong’o display the full range of their acting capability, even playing their shadow selves with full conviction. Duke has serious comedic chops, quickly shedding any ideas of being typecast in M’Baku roles forever. Every aspect of Nyong’o’s dual performance is captivating. She pulls off the emotional relatability as the lead, while simultaneously giving terrifying stares and walking like a specter. Adelaide begins the night in all white. As she loses control and the lines become more blurred, her bloodied blouse slowly begins to match the colors of her evil counterpart.

The children are given moments to shine, Tim Heidecker and Elizabeth Moss play the perfect snobbish friends at the beach, but the movie is 100% owned by Lupita Nyong’o. The latter half of the film has minor pacing issues, primarily due to a layout of exposition which is unavoidable for a film with such an ambitious concept. Even then, some motivations remain unclear. As the film widens its lens it becomes more confusing. While not tainting the overall message, maybe Us could’ve worked more effectively as a smaller story.

What makes Peele a spectacular filmmaker is that he knows how to construct a high concept story while still making it fun and accessible for general audiences. Us, which is arguably scarier and funnier than Get Out, needs to be seen in a theater full of people. It might not shake the culture and become a Best Picture contender like Get Out, but there is still enough subtext and commentary to analyze for years. Peele said after the screening that he doesn’t care what boxes his movies get put into. Us has elements of psychological terror and comedy, but it thrives as a creative slasher film.

It’s impossible to completely disconnect from the shadow self. Part of becoming a normal human being is learning to empathize and to push down primal instincts. We do put on a kind of mask to convey to the rest of society. Us shows that maybe the inhumane thing is pretending that our shadow selves don’t exist at all. 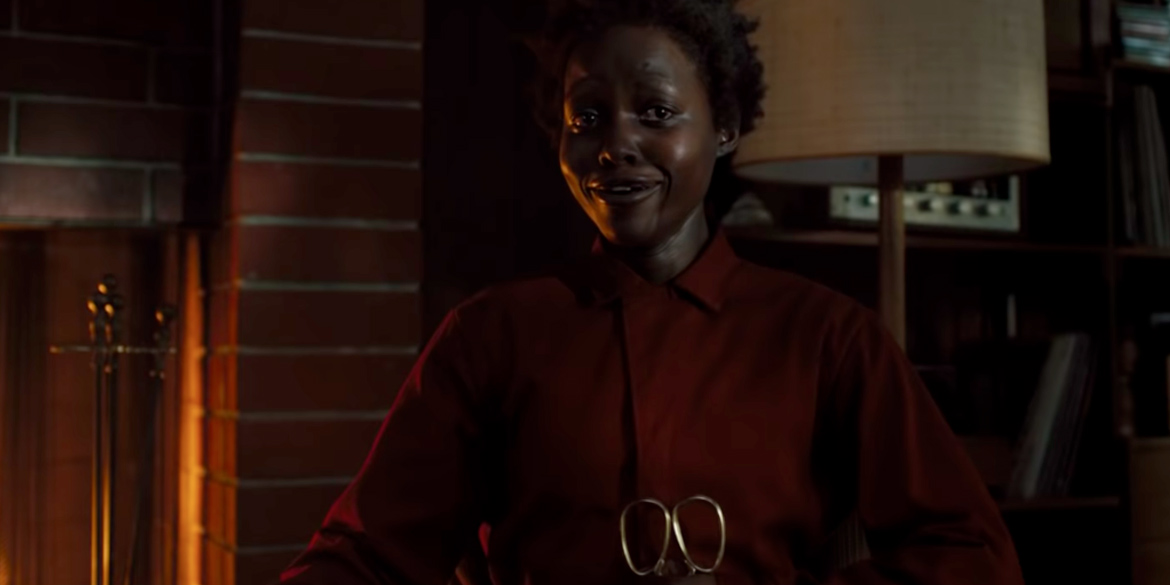 REVIEW: ‘Entanglement’ is a Tangled Mess