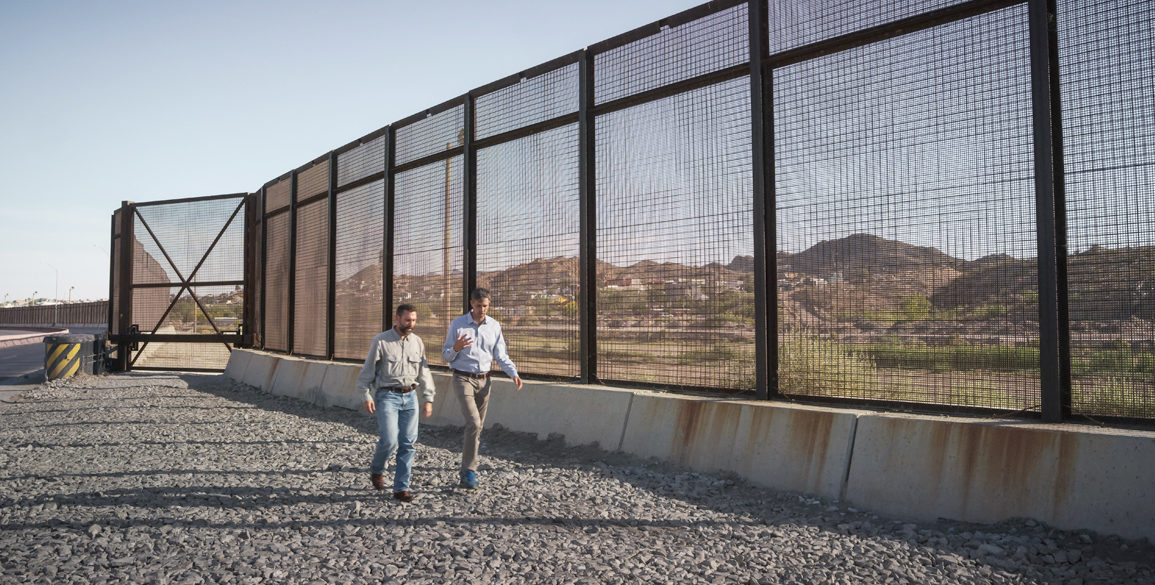 The timely new documentary feature ‘The River and The Wall’ (www.theriverandthewall.com), from award-winning director Ben Masters (Unbranded) and Emmy-winning producer Hillary Pierce (Tower) will have its world premiere at the SXSW Film Festival next Saturday, March 9th, before its theatrical release.

Gravitas previously released Masters’ award-winning documentary feature ‘Unbranded’ that followed four young cowboys as they hatched a plot to adopt, train, and ride a string of wild mustangs 3,000 miles from Mexico to Canada through the wildest terrain of the American West.

‘The River and The Wall’ follows five friends on a 1,200 mile journey along the US-Mexico border from El Paso to the Gulf of Mexico. Riding horses, bicycles, and paddling canoes, they travel along the Rio Grande and meet with landowners, border patrol agents, congressmen on both sides of the aisle, immigrants, wildlife biologists, and folks on either side of the Rio to better understand where a physical border wall would go and the impacts it would have.

The immigrant stories of two of the characters are interwoven through the journey, humanizing the controversial topic of immigration, while they travel through a landscape that could soon crumble to a wall intended to keep them out. Told through stunning cinematography of landscapes and cultures rarely visited and often demonized, ‘The River and The Wall’ takes viewers on an unforgettable border journey into the most controversial and talked about topic in the world today: the border wall. You will never look at the border the same again.

“Gravitas is thrilled to be collaborating with Ben Masters and his team on ‘The River and the Wall’,” said Brendan M. Gallagher, Executive Vice President & General Counsel, Gravitas Ventures. “The film is visually stunning and provides much-needed human, practical, and environment perspectives on the divisive border wall issue that has shut down our government and polarized the country.”

“When we started filming ‘The River and The Wall’ two years ago when the “build that wall” rhetoric just began, we had no idea that the issue would blow up into a government shutdown and one of the most controversial topics in the world,” said director Ben Masters. “We’ve spent the past two years documenting the border, travelled every mile of the Texas-Mexico border on bikes, horses, and canoes, and met with dozens of people on both sides of the Rio Grande to make a film that shows what the borderlands actually look like, how a wall would actually work, and how it would impact immigration, landowners, water access, wildlife, and border culture.”

Masters added: “We interviewed border patrol agents, immigrants, ranchers, wildlife biologists, Republican and Democratic congressmen, Mexicans, and Americans to hopefully give an accurate portrayal of the border and let the audience decide for themselves if a physical border wall is a good way to approach our immigration and border security challenges. At a time when there’s so much division, ignorance, and false reporting about the border, I’m excited to release the film and allow the incredible landscapes and people there to speak for themselves.”

The River and The Wall features, among others, former Democratic Congressman Beto O’Rourke as well as sitting Republican Congressman Will Hurd.