At SxSW ’18, Marvel held a special screening of the pilot episode of the upcoming Cloak & Dagger, their new teen/young adult series set to begin airing this June on Freeform (formerly  ABC Family).  This first hour-long glimpse into the worlds of Tyrone Johnson (aka Cloak, portrayed by Aubrey Joseph) and Tandy Bowen (aka Dagger, portrayed by Olivia Holt ) offered a unique origin story for this unlikely hero pair.

If you’re unfamiliar with the comic book characters from which the show originates, don’t be alarmed.  The show deviates a great deal from the original origin story while greatly detailing their own new reimagining. Cloak and Dagger are a pair of troubled teens that find themselves bestowed with superhuman powers derived from a shared accident from when they were young children.   While only in the early stages of understanding, Cloak finds he has the ability to teleport (although currently against his will) while Dagger is able to manifest shards and pulses of pure light in times of great distress.  These powers are only partially explored, as episode one is slated to be part 1 of a 2 episode pilot.

The story moves along at a much appreciated pace covering the accident that caused them both a great loss and gain them both their powers that won’t be discovered until years later.  Both titular characters grow up entirely unaware of the other’s existence, battling their own individual demons stemming from that fateful accident.  Bowen scrapes by in a life of crime after the death of her father, conning anyone and stealing anything she can get her hands on.  Johnson on the other hand, leads a seemingly normal life that is yet always overshadowed by the death of his older brother, murdered by a man that still remains at large.

Taking place in New Orleans, Cloak & Dagger takes advantage of both gorgeous and haunting cityscapes that pair exceedingly well with the developing story.  From inner city back alleyways to dark & ominous cemeteries, there’s no shortage of scenery to look forward to as the season progresses.  There’s sure to be no shortage of villains available in the old town as well.

Overall Cloak & Dagger’s first episode is a solid initial entry that caters fairly well to its intended audience.  Some dialogue and story choices do seem overly aimed at a very specific age demographic, which might soften the interest of other potential fans of the series.  As this is merely the first installment in a potentially multi-season show, I’m willing to give it the benefit of the doubt and keep on watching. 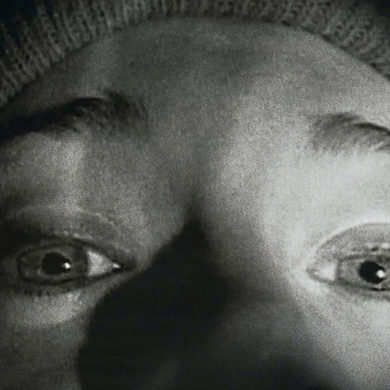