SXSW: ‘Little Monsters’ Will Tear You Apart With Laughter, Sweetness And Yes, Zombies 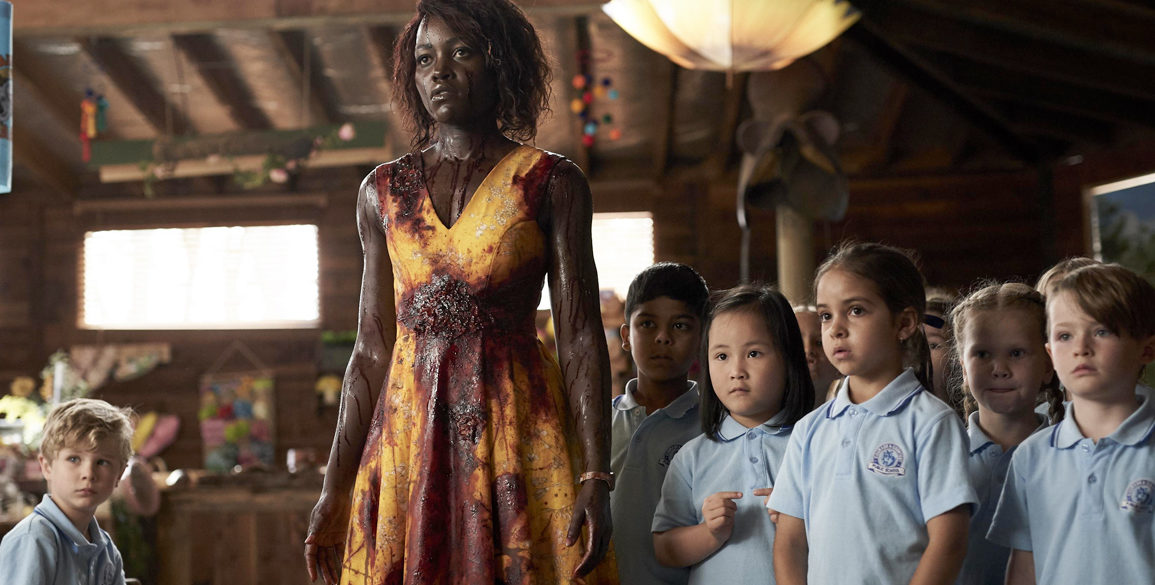 Sweet. It’s not the first word that comes to mind when it concerns zombies. No, that’s usually blood, brains and screaming. Always the screaming. The idea of sweetness usually gets lost in all the doom and gloom attributed with an impending apocalypse. Yet director Abe Forsyth (Down Under) bucks tradition by keeping it at the forefront of Little Monsters. Which makes sense, as it’s the defining trait of one of the leads, Miss Audrey Caroline (an utterly superb Lupita Nyong’o). In a world of cynicism and chaos, she’s an almost inextinguishable ray of sunshine. One that makes this little film endlessly entertaining and a joy to behold.

When co-lead Dave (Alexander England) first appears on screen, it’s amidst a montage of yelling matches between he and his girlfriend. You can’t hear what’s being said, but it doesn’t matter. They’re at the end of things. With a breakup on his shoulders and no prospects before him, Dave crashes at his sister Tess’ (Kat Stewart) place. Instantly he digs himself into an even bigger hole, employing his nephew Felix (the endlessly adorable Diesel La Torraca) in a scheme to win back his ex. When it expectedly backfires he’s hit with an ultimatum: shape up or sleep on the street.

Hoping to win back Tess’ favor, Dave takes Felix to school the next day, where he meets Miss Caroline, the kindergarten teacher. Instantly smitten, he leaps at the chances to help chaperone an upcoming class field trip. Upon arrival at the zoo, the little tykes are delighted to see one Teddy McGiggles (Josh Gad). McGiggles is a a popular kids entertainer, traveling across the globe for his educational TV show. Unfortunately, everyone’s excitement surrounding the day, soon turns to dread, as an American Government test facility next door suffers a zombie breakout. Back into the zoo’s gift shop, the trio of adults and their band of moppets try to keep spirits up, until help arrives.

Part of the beauty to Little Monsters is the way in which the story unfolds. The majority of the first half is spent developing the world and rich characters. They may not exist on some Shakespearean level, but there’s enough meat on the bone to make them feel whole. Dave initially starts off as an oafish jerk. His life’s been on the skids due to his selfishness and even after he hits rock bottom, he risks pushing away his family. Meanwhile, Gad has a ball playing an absolute monster. McGiggles may appear to devote his time to the betterment of children, but it’s really a mask worn by a deplorable alcoholic sex addict. There may not be a redeemable bone in his body, but there’s joy in watching Gad go for broke here. Conversely this crass demeanor is enough to shake Dave, igniting a change inside him.

As great as the men are, the film truly belongs to Nyong’o. The Oscar winner has spent the last few years flexing her genre muscles and proves to be just as great when tackling comedy. Her bright disposition staying firmly in place, even bodies are torn asunder. Not to mention she gets to kick a fair amount of ass too. Yet, like any good hero, Miss Caroline doesn’t jump into out of self-preservation. She does so to protect the children whose care she has been left in charge of. After every set piece she’s sure to take a headcount. For to lose even one of the kids, would destroy her. It’s not a showy part at all, but that’s just a testament to how great Nyong’o’s performance is.

Again, circling back to the sweetness factor, it almost seems like the setup to a joke or twist. Yet Forsythe is deadly serious though. As the world descends into madness, a little kindness and care towards the next generation goes along way. The survivors here won’t remember the monsters of confusing game that supposedly occurred around them (Caroline labels it as such, convincing the children it’s an elaborate game of tag). Instead it’ll be the boundless enthusiasm of the two adults who shielded them from harm. It’s a refreshing change of pace, in film constantly looking to buck trends of the genre.

Little Monsters ultimately works, because it has something for virtually everyone. Comedy fans have a bevy of gut busting laughs to tide them over. Horror hounds get enough gore and practical effects to satiate their bloodlust. The Star Wars fanbase can come together for once and be delighted by the antics of a pint-sized Darth Vader. Even music fans aren’t left out, as the movie touts the transformative power of Taylor Swift and Neil Diamond songs. For those starting to feel fatigue from the endless yearly glut of zombie films, you might just want to “shake it off, shake it off” and give this one a chance. The giant smile plastered on your face by the end, will let you know you made the right decision. Sweet hasn’t really been synonymous with horror before now, but Little Monsters suggest may it should be, moving forward. 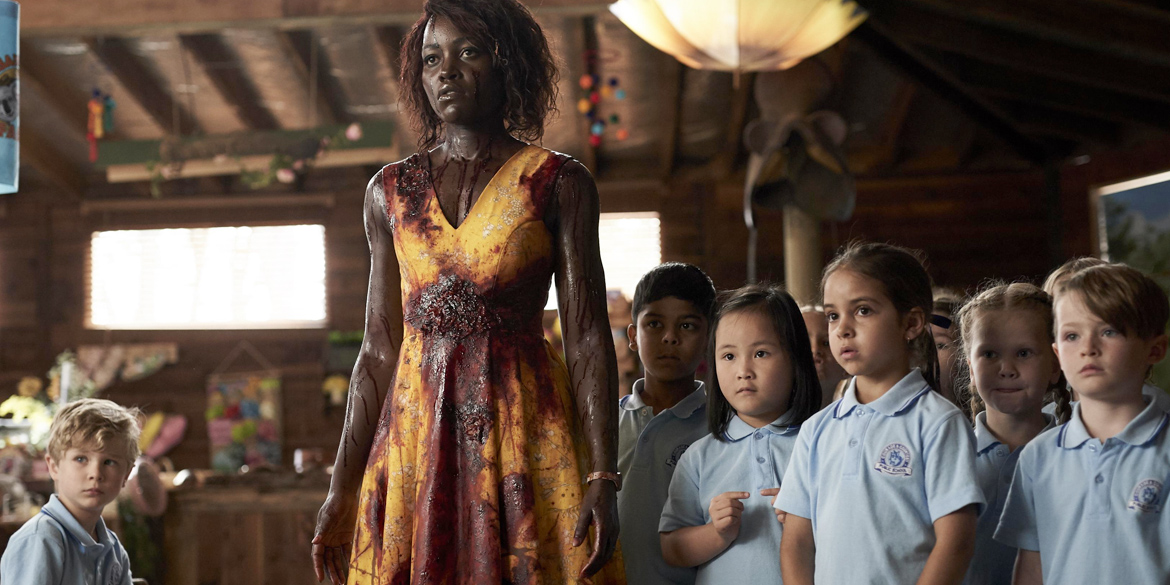 SXSW: ‘Little Monsters’ Will Tear You Apart With Laughter, Sweetness And Yes, Zombies
90 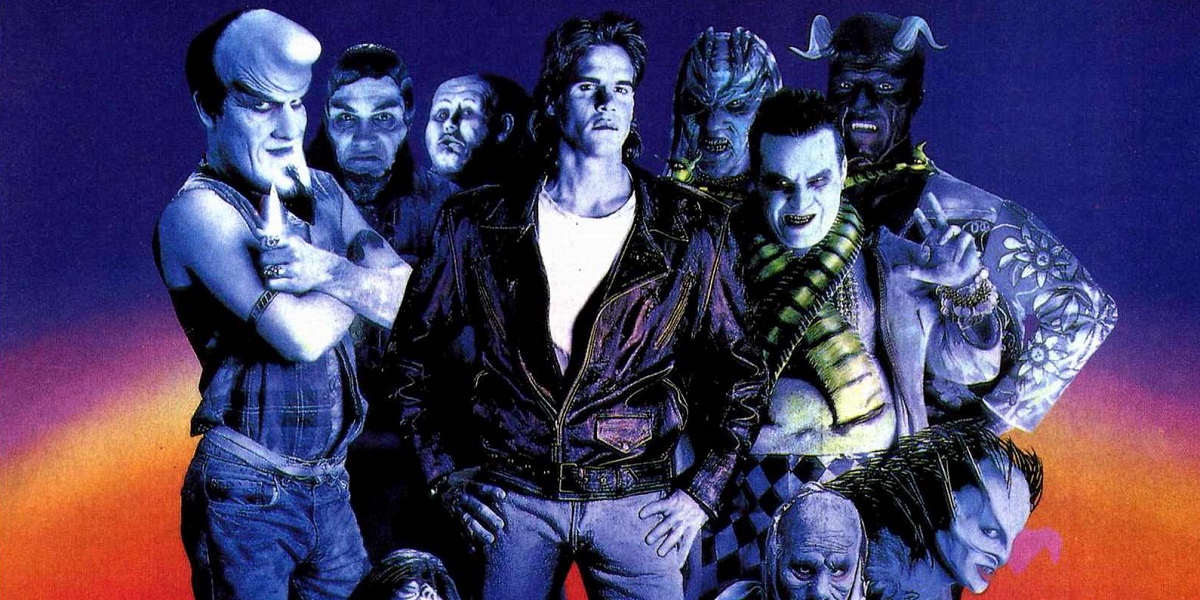