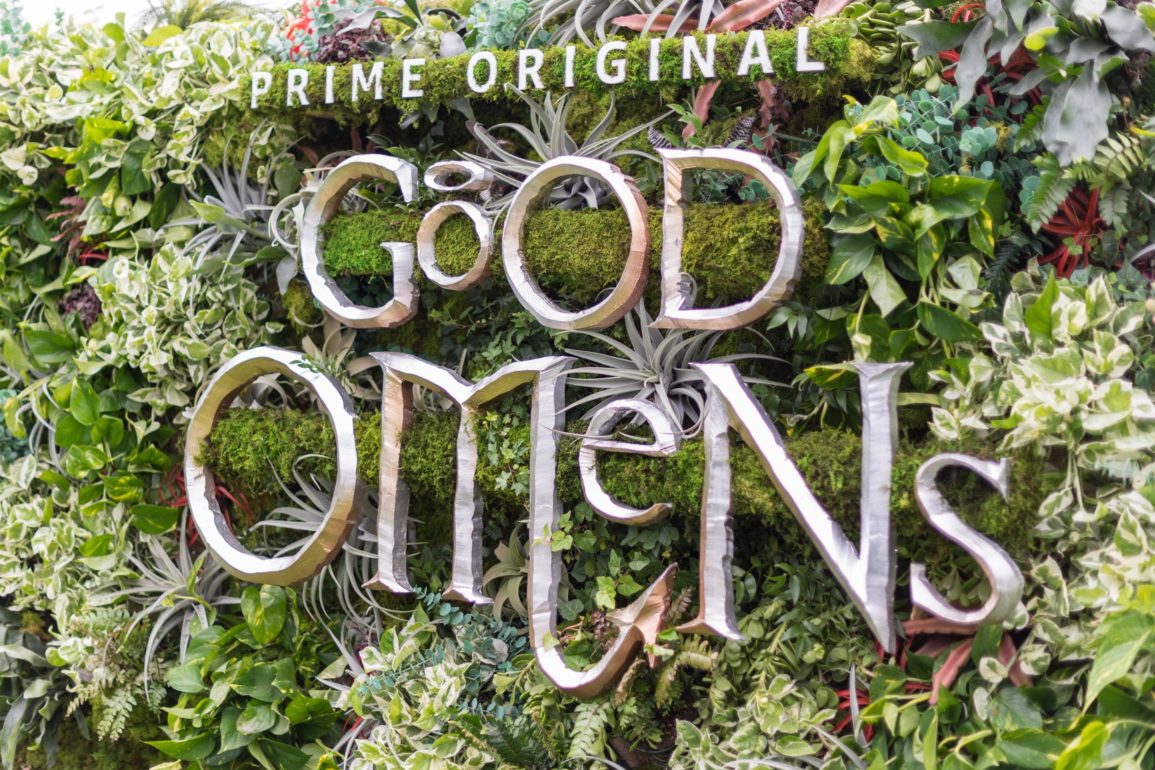 Amazon Prime Video made themselves known in a big way in Austin at SXSW this year. Turning an entire parking lot into the Garden of Earthly Delights for their new show Good Omens. The new limited-series, based on the novel by Terry Pratchett and Neil Gaiman premieres May 31st, exclusively on the streaming service. It stars Michael Sheen, David Tennant, Jon Hamm and Frances McDormand as the voice of god. It’s about an unlikely pair out to save the end of the world on a quest for the lost Anti-Christ. The end is nigh and we are all along for the ride.

Amazon Prime’s activation, The Garden of Earthly Delights was incredible. To kick off the opening we were greeted why the Four Horsemen of the apocalypse and their Biker gang. All decked out in Good Omens leathers ready to use some trouble. Upon entering we were greeted by the most delightful angel and demon. There was a giant tree in the center with apples hanging from it that gave you your fortune and a beer or glass of wine. Free booze is cool but free sushi and wings is even cooler. If you wanted to kick back and relax, sit down and get a manicure or hand massage or have your hair braided into a beautiful updo. The fact they had a salon set up inside was  amazing!

There was a live string trio playing hits from Queen and Guns and Roses and they were rockstars. The rare books section was fantastic. You could play bingo to win Good Omens inspired journals and take photos in the photo booth where God is talking to you. There were treasure and secrets everywhere, if you were willing to look hard enough. The best part was the Hellhound area, where you could play with puppies that could be adopted to a good home. I will be honest, I almost took one of those little squishes home.

The actors were fantastic and the whole activation did an amazing job of transporting you into the creative minds of Gaiman and Pratchett. It was definitely a great place to hang out and kick back and relax. And who doesn’t want to hang out and drink with angels and demons? The activation runs through Sunday March 10th and you don’t want to miss out.

Netflix Original “The Discovery” Raises the Question of Life After Death