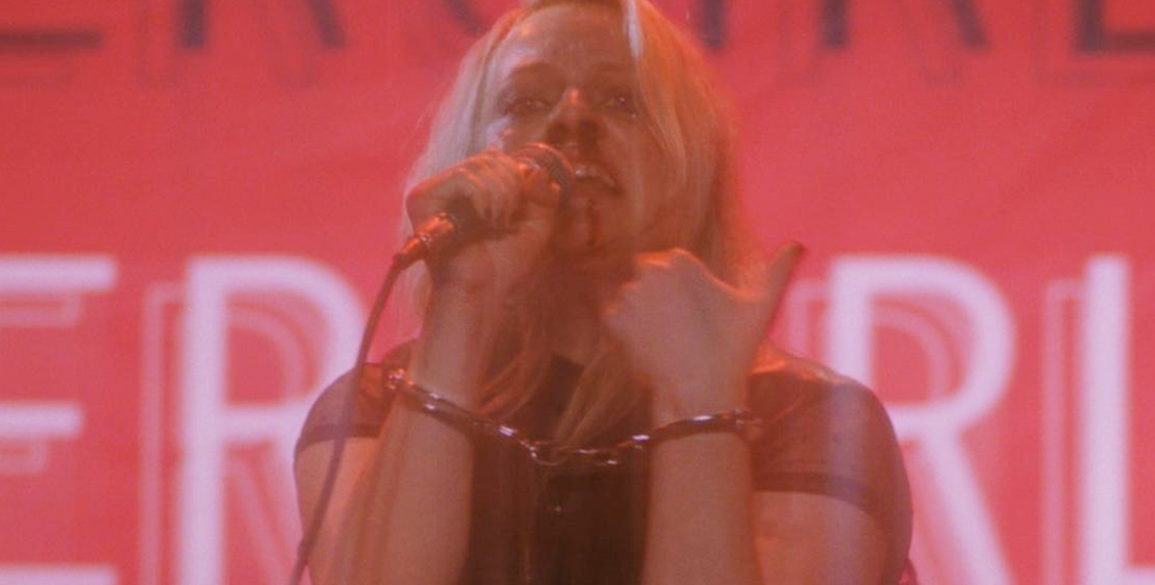 Elisabeth seems to be everywhere these days portraying characters that can hit us to our core and make us feel uneasy. After just wrapping  up season three of the Handmaid’s Tale, Moss sat down with grammy award winner Brandi Carlile to talk about her new film debuting at SXSW, Her Smell.

Her Smell, is a film about a self- destructive female punk rocker that struggles with sobriety while trying to recapture the creative inspiration and drive that led her band to success. Brandi Carlile introduced Moss and jumped right in. “So I will have to tell you that most of this movie made me very uncomfortable. Only because it was so raw and real. It paints a real pictures of how awkward sobriety can really be,” said Carlile.

Moss, “Yeah I think for me it was important for me to show the moments of sobriety where she is really just trying to hang on and be in the moment because sobriety is so hard. What I learned talking to other people who also struggled with sobriety was that everyone thinks that once you are sober its all rainbows and yoga and holistic living. It really isn’t it’s a struggle every day and it was important for me to show that.”

Carlile went back to feeling uneasy, “Parts of this film made me physically uncomfortable watching it because I think back to all of our heroes in the grunge and punk rock scene, and their addiction and how some of them didn’t make it out.” Moss talked about some of the people she got inspiration from, “I really looked into the lives of Amy Winehouse, Marylin Monroe and even some people like James Dean. Although he didn’t struggle with addiction he lived a pretty fast andintense life. There were many more of course.”

She also talked about her meeting with Beck preparing for this film. “I met with Beck and even though he was coming on the scene towards the end of the grunge scene, he just said that they were all angry. They had so much to say and know one was listening to them. I really thought to myself how incredible it was for all of them at such a young age be able to write their thoughts down and create this amazing music.”

Preparing for a musicians role in Her Smell was a challenge. Carlile said she was impressed with her singing and her ability to play guitar on screen.

Moss laughed, “Well that is kind of you. But honestly I have so much respect for what you do (talking to Carlile) that I knew I wasn’t going to be a guitar player over night. So I practiced every day for five months. I mainly practice the songs I would have to play in the film and I would say I was good enough to at least have my hands in the right place during filming. I could play with out being hooked up to an amp so I didn’t mess up the song.”

Carlile also pointed out how bad she looked in the film, but in a good way. “Yeah I always love that stuff. Really for me, the worse I can look on screen the moreI love it. I love the dark circles and puffy eyes. Plus I really felt like it was necessary to show the toll that the rock and roll lifestyle takes on an individual,” said Moss.

They switched gears to talk about Handmaid’s Tale.

Carlile, “So how did you decide to take on such an intense roll  for Handmaid’s Tale?”

“Well, I went back and forth about it for a while,” said Moss. “ I had read the book in High School and loved it. When I got asked about it all I could think was, really? How are they going to make this into a series? So I got the script for the first episode and I was like, damn this is good. So I got the script for the second episode and it was even better. I was really wanting to get back into series work again so quickly after Mad Men ended. But I went to bed one night and had a dream that someone else was playing the role and it woke me up. The next day I called my agent and told them I wanted it. So really me taking the job cam out of pure jealousy of watching someone else are the role,” she laughs.

The two women also talked about the importance on Handmaid’s Tale. “I know a lot of people that will come up to me and say that the show makes them feel really uncomfortable and it’s hard to watch. I think that it’s important though. We have to be put in uncomfortable positions to start bringing change. I think we are a long walk from this country being like the one in Handmaid’s Tale, but there are countries who treat women like second class citizens and are doing unspeakable things all over the world that need to be addressed,” said Moss. “Just recently we were filming on the lawn of the National Mall. It was really surreal. It was scary to imagine what this country could be. But I have to give props to Margaret Atwood, she wrote this story in the 80’s and her insight is incredible. It’s just important that we keep educating ourselves and fighting for the greater good to prevail.”

It’s clear Elisabeth Moss is very busy these days with no sign of stopping. Her film, Her Smell is set to hit theaters this year on April 12th. If you are a fan of the golden age of punk and grunge you will appreciate it. The portrait of addiction and sobriety is handle with a great deal of respect and honesty. Season three of Handmaid’s Tale will be released on Hulu on June 5th.