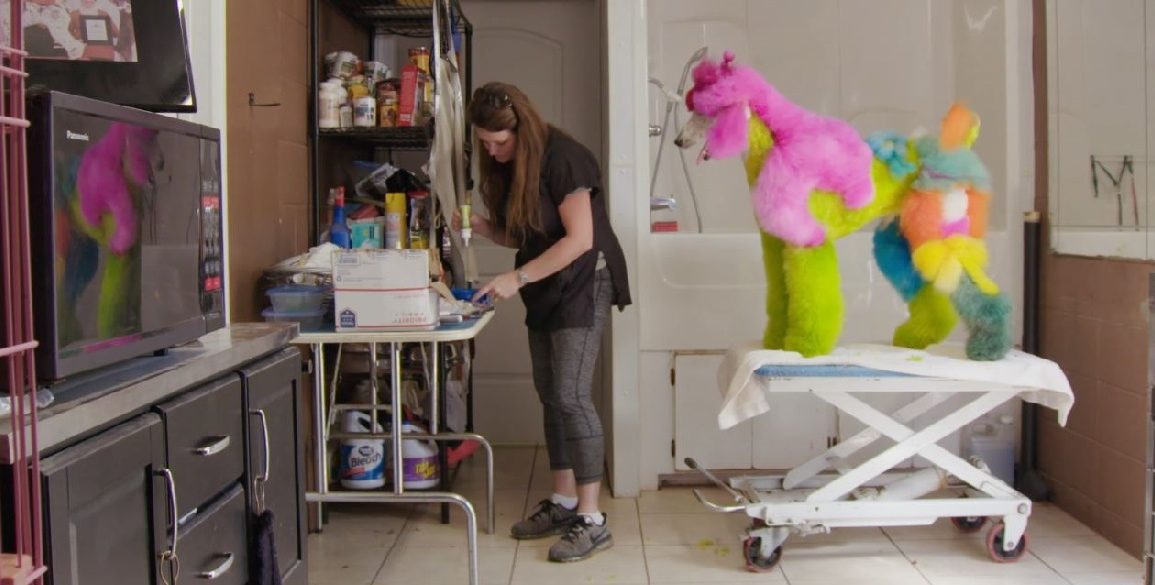 One of the great things about film festivals is just how much there is to see and take in. While people naturally gravitate to movies with the biggest buzz and stars involved, a smaller pocket exists that’s equally as worthwhile. Lots of those features fall under the banner of documentary. This year, as has been the case in the past, SXSW is a haven for all sorts of intriguing and fascinating subjects. To show you just what we mean, here’s the trailer for a big one making its world premiere at the fest, Well Groomed.

Here’s the official synopsis, from the SXSW guidebook, in case you’d like to know more:

“Competitive creative dog grooming is the most colorful competition in America and WELL GROOMED captures the hearts, minds and imaginations of the artists involved. Follow four champion groomers and their gorgeous, vibrant dogs through a year in the life on the technicolor competition circuit, playfully exploring their creative process. From South Carolina to California, New York to Arkansas, these women are revolutionizing the age old question – what is art? Director Rebecca Stern has captured an up-close and revealing look at pets, families, friendships and the glory of dog grooming through a bright spectrum of color.”

That looks like a lot. No joke. WEll Groomed seems to be compelling mix of the terrifying and awe-inspiring variety. There’s part of me who wonders just how much the dogs are ok with this. A few of them look depressed. If that’s an element explored in the documentary, good on the filmmakers. If not, well, it may be hard to sit through.  That’s were lots of these competitive docs fall though. Often the focus is on the wild and weird humans at the forefront of these pieces. An area similarly explored somewhat in last year’s Chicken People and Catwalk.

What do you think? Is this the kind of documentary you’d like to see? Are feelings and state of animals put through this kind of ringer important, in this case? Let us know in the space below. This one is certainly high up on our list to see, even if just out of morbid curiosity. We’ll report further on Well Groomed, as part of our extensive SXSW coverage, starting in just a few short days.