Review: ‘Boyz in the Wood’ is a Silly, Rebellious Satire with a Hip-Hop Spirit 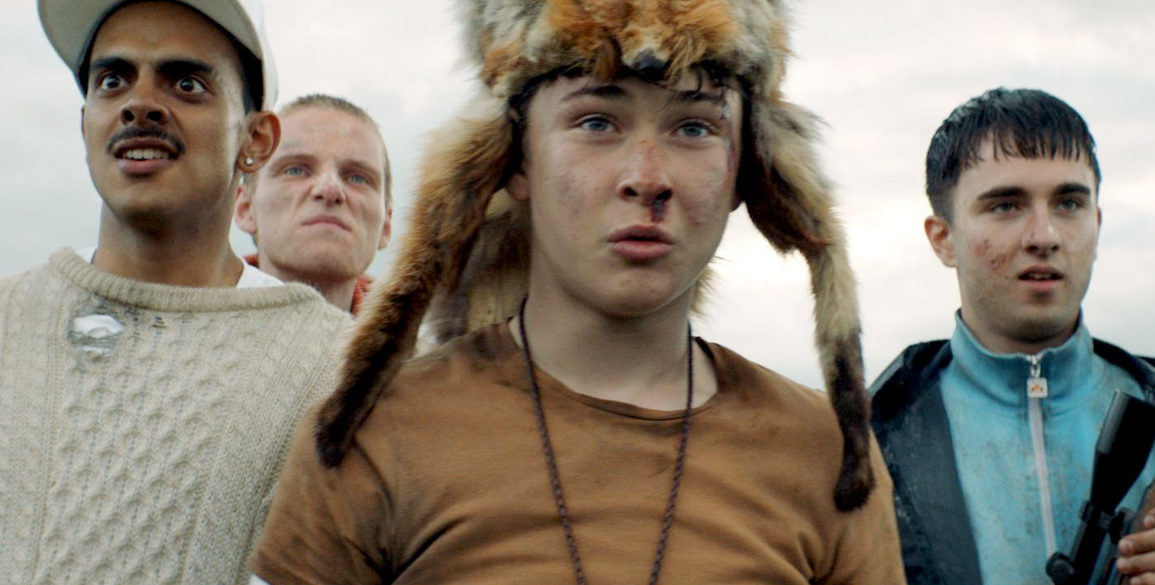 The first needle drop in Ninian Doff’s Boyz in the Wood is “Ain’t It Funny” by Danny Brown, a cacophonous confession of substance abuse from one of the most original artists of the century. Drugs play a major part in Doff’s film, but there is also a silly, demented tone to the story that matches Danny Brown. The movie takes many different forms in its short runtime: a generational satire, an action/chase film, even a psychedelic, fourth-wall breaking music video. The connecting through line is the carefree, rebellious attitude that is hip-hop.

A group of four young men in the U.K. are recruited to take on the historic challenge for the Duke of Edinburgh Award. The challenge is to work as a team, surviving in the Scottish Highlands using limited resources. Three of the young men have committed several small crimes promoting their rap collective, led by DJ Beatroot (Viraj Juneja). All three dress like they just left a grime concert. Ian (Samuel Bottomley) is the outsider, a shy bookworm participating to make new friends. He is also the only participant who knows how to read a map.

Soon after arriving, a mysterious figure lurking in the hills starts hunting them. The four teenagers have been dropped into a modern take on The Most Dangerous Game. Instead of goofing off for a few days, they have to take charge and work together to save themselves.

The film is an interesting visual juxtaposition of what the U.K. is and what it used to be. There are still remains of ancient Scottish architecture lying around the beautiful landscapes. A quick pan might have revealed James Bond’s Home Alone house from Skyfall. Compared to modern teenagers raised on hip-hop culture, there is an obvious disconnect.  Some of the movie’s funniest moments come from the characters’ utter cluelessness.  DJ Beatroot, Dean (Rian Gordon), and Duncan (Lewis Gribben) all have extreme overconfidence (just listen to Beatroot’s rap about the size of his genitalia) that gets them into trouble.  Doff writes comedy well, but his most memorable ideas come from the clashes between these two generations.

The chemistry and the endearing personalities of the four leads uplift a pretty straightforward premise. All four of them add their own unique charisma and twisted energy. The silliness is infectious. Similar to Taika Waititi’s Hunt for the Wilderpeople, a pair of small town cops follow the case and provide just as much comedy as the teenagers. Eddie Izzard also makes a hidden appearance into a well-rounded cast. Doff’s quick cuts and tight script propels the movie forward. There are a few plot conveniences and strange explanations, but it’s hard to blame Boyz in the Wood for being too silly. The silliness is charming, just like Danny Brown. 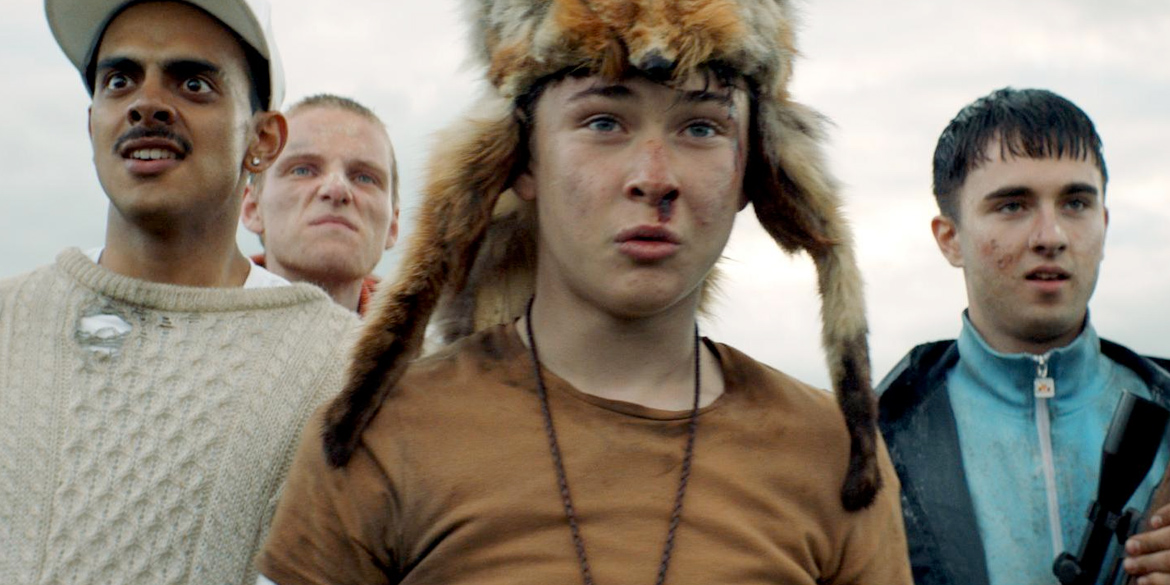 Review: ‘Boyz in the Wood’ is a Silly, Rebellious Satire with a Hip-Hop Spirit
77