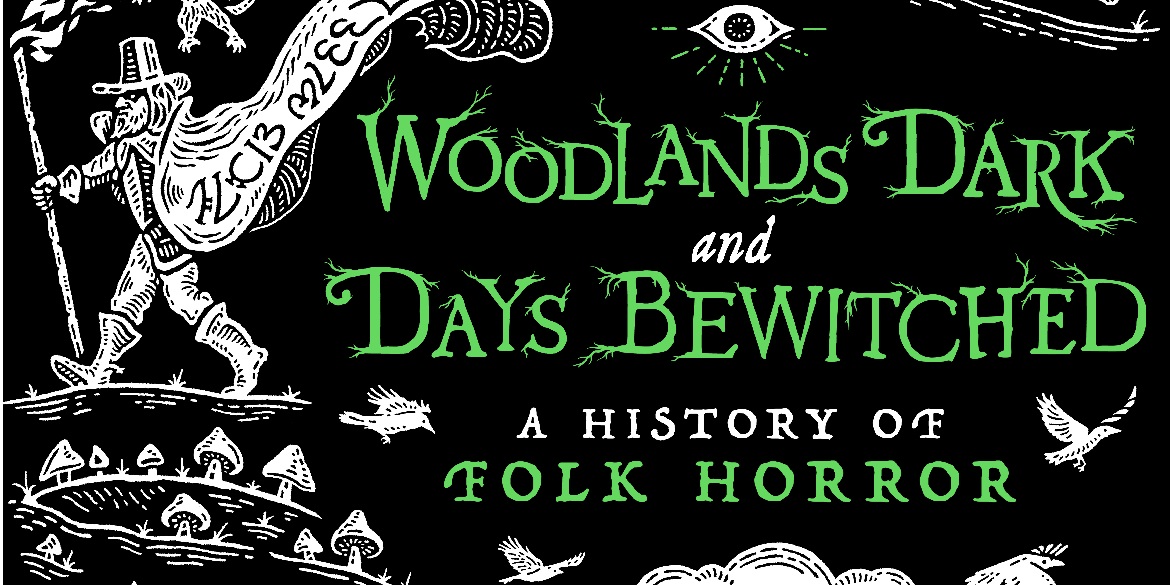 Any documentary worth your time and attention, usually dedicates itself to embracing one of the three E’s: education, entertainment and exploration. Most documentaries are able to fold two out of the three together. That rare lightning in a bottle situation, is corralling all three elements under one roof. Kier-La Janisse and Severing Films’ Woodlands Dark And Days Bewitched: A History of Folk Horror comes very close to that high bar, just barely passing it. A behemoth of a documentary focusing on folk horror, that clocks in just north of three hours. In that context it serves as a massive introduction and masterclass on the subject. One that is sure to have something for newbies and those well versed in the subject. You only need to bring a heavy dose of caffeine, and patience, along for the ride.

First thing to get out of the way is the run time. At 193 minutes, it’s hard to broach just how dense this documentary is, without the prospect of preemptively overwhelming people. The immediate benefits though, are twofold. One, it’s broken up into 6 chapters. Allowing anyone who rents or streams this the perfect means to break it up into chunks. Although, once you stop, the desire to want to take a break will eventually dissipate over time. Two, given the sheer amount of content provided, you’re bound to learn something new. If it’s not film based, it probably pertains to the written word. If it’s not relating to a book, it’s probably a television program. There’s just an absolute wealth of knowledge and work that went into this production. The titles you walk away with here, should keep you busy for several years.

As great as all the information is that’s doled out, it’s worth absolutely nothing, if the presentation is lacking. Woodlands Dark combats possible fatigue by injecting the transitions between each chapter that unfolds with stunning paper cut out animations. The sections are then chock-a-block stacked with great talking head interviews. Filmmakers, podcasters, historians take the titles named and give them great context. Both in how they fit a specific topic, as well as how it relates regionally.

Some of the names here might be unknown to viewers, while others will ring a bell. There’s directors like Robert Eggers, Kevin Kolsch, Dennis Widmyer. Online voices and authors like Kat Ellinger, Alexandra Heller-Nicholas and Samm Deighan. As well as a ton of people involved in the movies being discussed. Even Janisse appears on-screen to provide her expertise. Without these inclusions, it would all be but of a mess a mess. Selections presented without context don’t carry much weight. Something extremely important when investigating a subgenre like this. Having them here simply makes the time fly by and totally enhances the whole overall.

Outside of just rattling off the names of books, movies and TV shows, Woodlands Dark and Days Bewitched takes an extremely deep dive into what makes folk horror enticing as a genre and what’s helped it stay relevant, for several decades. Before you scoff at that last point, if you’re someone who enjoyed The VVitch, Midsommar, Kill List, The Apostle, Hagazussa, Pet Sematary or any number of other indie horror films, you’ll feel right at home. That resurgence of this genre makes now the perfect time for a documentary such as this to come out. When the ground is still fertile and being mined. Allowing so many titles that have gone overlooked for years, finally attain the reverence and status they so rightly deserve.

The doc naturally starts in the UK, where all forms of media and literature are steeped deep in folk horror. Often working hand in hand, to elevate the other. It all kicks-off with a focus on an “unholy trilogy” consisting of Witchfinder General, Blood On Satan’s Claws and The Wicker Man. Each of the films gets a loving deep dive, discussing their roots, influence and specific meaning that’s steeped in folk horror lore. It’s easy to see how those tendrils go out and lay a foundation that is still working its way into entertainment today. Yet, as informative as that insight is, it’s the biggest focus on A Ghost Story For Christmas. A long running 70’s BBC tradition, that saw Lawrence Gordon Clark adapting the works of author M. R. James. At first this appears to be a weird cut. The more that’s revealed about the show though, the more apparent it becomes that generations have been pulling from these same threads, to create astounding works. Should there be one big thing to come out of this doc’s release, it would be that someone puts out a Blu-ray of all the installments. So it can be cherished as it so rightly deserves.

Not to be outdone, Woodlands Dark and Days Bewitched then shifts its focus to America. The great melting pot lives up to that term, when you start to dive into regional horror. Almost every section of the United States is tied to some key subgenre that has its roots in folk horror. From Salem’s witchy history, the treacherous hills of the Appalachians, hillbilly country, the plight of Native Americans, the dangers of hillbilly county to the eerie silence of the prairie lands, you’d be surprised how much ground there is to cover. This section might not tap into the same vastness of the UK, but the variety of subjects covered throughout the US is still impressive. At the same time, it does cover about 5 decades worth of content, from the exploitation days of the 70’s to as recent as the remake of Pet Sematary, from 2019. The MVP of the chapter is a section devoted to dispelling the myth of the “Indian Burial Ground” trope that’s often trotted out in these kinds of films.

As much time gets spent traversing the US and the UK, you might be inclined to imagine other areas get short shift. Quite the opposite really. Janisse, using her time to maximum effect, packs the remaining chapters of the doc, so densely with information, it seems a feat into itself. It also helps that a lot of the global titles tie back thematically to tropes and stories popularized in English speaking countries. Too often the language barrier seems to be a detractor for many viewers. Having a doc like those show universal threads, makes them easier to breach by those who in the past may have been scared off. It’s an unexpectedly wonderful little wrinkle, showing people how much we are alike, even if it’s just in the things that scare us. The idea that horror, however stringent or closed off some may see it from afar, can actually be a uniting force, if just given a chance.

Given the runtime, Woodlands Dark and Days Bewitched is an all encompassing endeavor. Not only charting the change in tone and expressions of folk horror through the years, but the variations of the genre as a whole. Both in terms of the countries diving into the works, as well as how it reflects the world. There’s the idea that it isn’t just tied to the past, but the the countryside and ideas basically (for lack of a better term) etched in stone. By deciding to dive into every facet that falls into the giant rabbit hole of a subject, the documentary becomes a seminal text, both for beginners just scratching the surface of the genre, as well as seasoned veterans, searching for an overlooked gem. There’s a good chance you might leave overwhelmed, but the journey there is just as captivating, as it is educational. 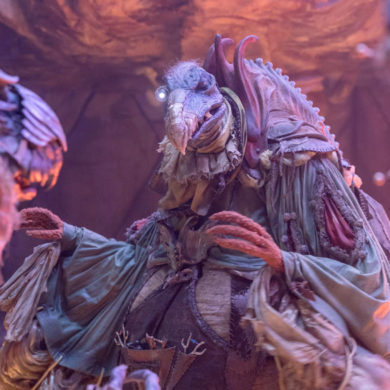 SDCC 2019: Netflix Gives Comic-Con a Sneak Peek at the Making Of ‘The Dark Crystal: Age of Resistance’