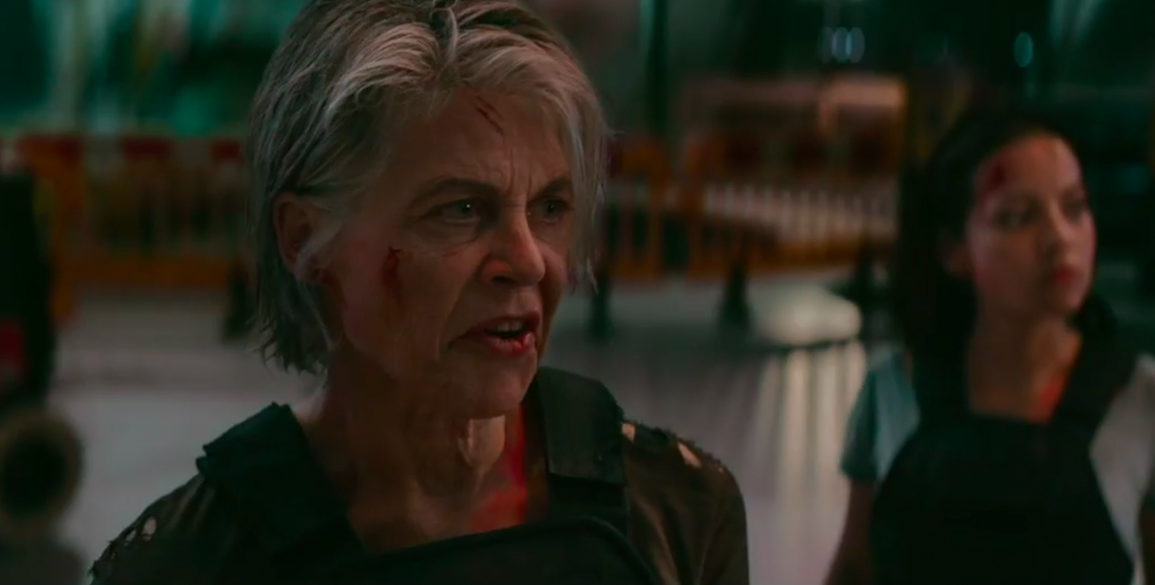 After an exciting panel that featured Linda Hamilton and the Terminator himself, Arnold Schwarzenegger, Paramount Pictures has released the Terminator: Dark Fate featurette that sells the balls to the wall mentality that James Cameron and Tim Miller are bringing to the R-Rated feature. This is the first time since Terminator 2: Judgement Day (1991) that Hamilton and Schwarzenegger have appeared in a film together. But the big reveal from the panel was from a remote message Producer James Cameron dropped that Edward Furlong would have a part in the film.

The featurette is really all about selling how bad ass the film is going to be and pumping up that Rated-R status.

“This film is relentless. It just does not stop. It’s just fu*king insane.” said Tim Miller who is no stranger to bringing this tone to a movie coming off the Deadpool films.

Based on the featurette it is hard to deny anything they are saying.