Marvel and Sony brought ‘Spider-man: Homecoming‘ to Hall H this past Saturday at Comic-Con and with it was the first look at a new era of Spider-man. It was a bit of a surprise to the crowd in attendance at the Sony panel. The new clip and concept art confirms the presence of the Vulture villain (Michael Keaton) and shows Peter Parker‘s daily life as a teenager balancing his superhero responsibilities and his high school career. While Marvel has yet to release the footage shown at Comic-Con they did release the concept art online. I’m guessing they didn’t want to release the footage just yet because they have only been filming for 2 weeks. This was more for sizzle to get the crowd excited about the July release in 2017.

Director Jon Watts describes the film as a “straight high school movie, it’s about a 15 year old kid.” He often says “this is the ground level of the marvel universe.”

Check out the concept art of Vulture. We’ll bring you the footage as soon as it makes its way online.

Not only is The Vulture in the film, but he is, in fact, the main villain. But, he’s not the only bad guy in the mix. The Vulture will be aided by none other than The Tinkerer, who will help him build his suit with recovered Chitauri tech from the Battle of New York. The Vulture’s suit will be utilizing re-purposed Chitauri technology from the aftermath of the events of The Avengers. Interesting. 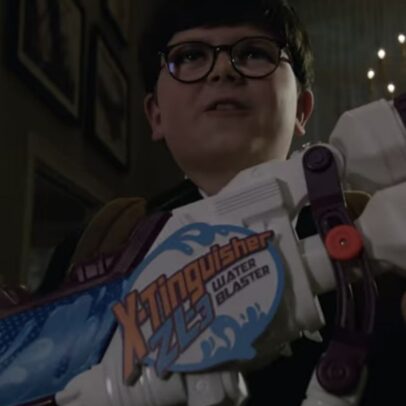