SDCC 2018: Bobcat Goldthwait Talks About ‘Misfits & Monsters’ and His Love for Dark Comedy

I was lucky enough to chat with Bobcat about his new series. Like many of his prior projects the truTV series is wrapped in a dark sense of humor – so I asked if that has ever got him in trouble and if he draws on real life experiences.

“Some of the hardest laughs I have got were at funerals.” said Bobcat.

“At my brothers funeral was a little person that was a Paul bearer and I said, ‘Ricky is riding a subway’ Life is dark. I draw from it.”

With so many short films and even some anthologies being adapted into feature films I wondered if we could ever see any of these episodes from Misfits and Monsters make it to the big screen in the years to come.

“It is funny, it wasn’t until after I saw some of this stuff, that I felt like David Koechner as a used car salesman that is also a Presidential candidate who ends up being a werewolf could have been 6 or 8 episodes. The very last one, I don’t know when it will air, but it is completely animated, but it feels like a show that is already up and running (as its own series). I don’t know about spinoffs though.” said Goldthwait.

I think it is safe to say Goldthwait has a profound love for folklore of monsters and cryptids. Which prompted my interested to see if he would want to make another film like ‘Willow Creek’ but tackling a different cryptid. While he is interested in going down that path he didn’t want to do so with the new truTV series because he was afraid it might become a “monster of the week” approach;

“I would love to do a sea monster thing. Yeah all of it. The lemon heads. Sure. One of the things I was trying to avoid with the show is that I didn’t want it to become monster of the week I come up with a lot of stories all the time and someone asked me who are you competing with as a storyteller? I say the grim fucking reaper! That’s who I’m competing with. I’m not in great shape and I just want to get all these stories out of me!”

You an catch ‘Misfits and Monsters’ on truTV Wednesdays at 10:00 PM. Until then check out a clip from an upcoming episode starring Michael Ian Black. 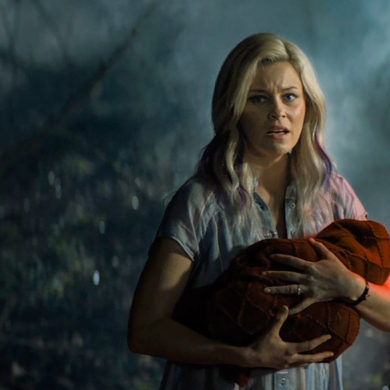