Review: ‘Book of Monsters’ Is Entirely Worth Opening 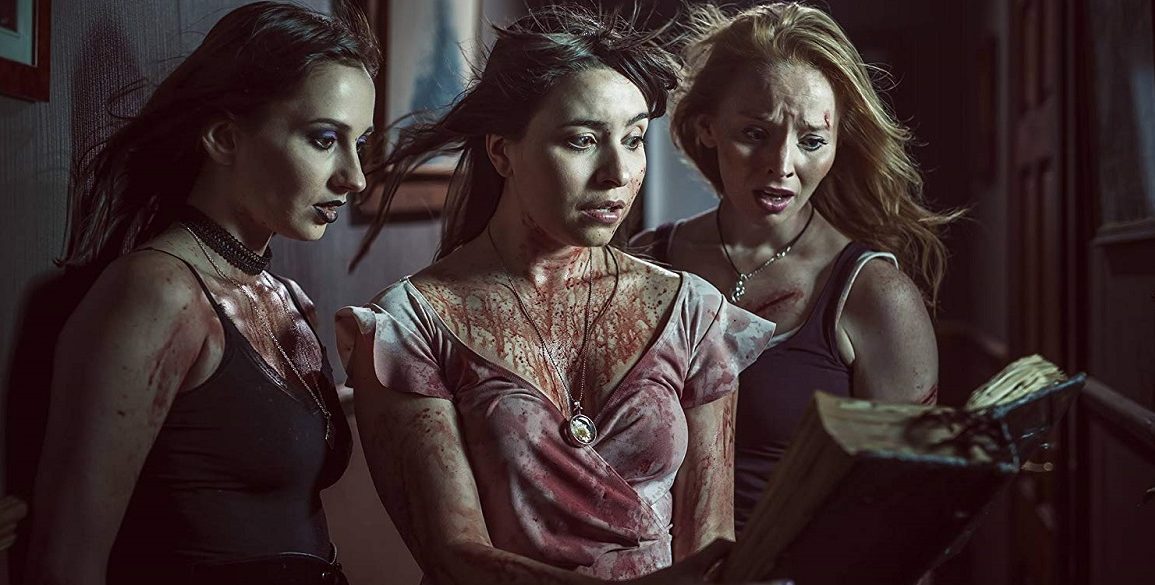 Book of Monsters opens strong, with a mother telling her daughter a bedtime story, that quickly devolves into a terrific twist on the “monster under the bed” trope. Nearly a decade later, on the eve of her 18th birthday, Sophie (Lyndsey Craine) lives with the haunting memories of the night her mother was killed in front of her eyes. Not quite Buffy Summers, she nevertheless is forced by circumstance to become a monster hunter by the time the movie reaches the end of its 84-minute running time.

In between, we get to enjoy a pretty good tale of high school horror, both literal and figurative. Sophie’s classmates know something about her that we learn as the story progresses: she’s a lesbian. However, she’s not an outcast specifically because of that. Although she’s pretty enough to be one of the popular kids, her creepy past separates her from the likes of cruel Arya (Anna Dawson) and her pet boyfriend, Carl (Arron Dennis).

On one hand, they’re the true monsters of the story, and they predictably meet their fate. On the other hand, I’m not sure they’re such mean characters that they deserve their fate. The movie unfolds with enough comic moments that you shouldn’t dwell on it for too long; I’ve probably already done that. At its gloriously gory peak, Book of Monsters gives us what we really want: a lot of bloody, outrageous deaths at the hands/tentacles of big, bad monsters… regardless of who dies.

Writer Paul Butler and director Stewart Sparke (frequent collaborators, most recently on 2016’s The Creature Below) present the movie in modern style. We know it takes place “now” because characters have cell phones. However, the score by Dave S. Walker is a definite throwback to 80’s horror; that is, until the end credits when the movie title bursts from the screen accompanied by a hard rock/heavy metal ditty.

This change in tone is somewhat indicative of an inconsistent tone in the entire movie. Its mix of comedy, drama and horror is mostly even; however, the pace is up and down. I found the slow moments to be more frequent than the fast ones, sometimes making me restless and yearning for more action. Oh, but the action there is! Monsters appear and wreak havoc so suddenly that you can’t tell exactly what body parts they’re shredding… and it doesn’t matter one bit.

The practical monster effects are both primitive, yet perfect. For example, the one that first crashes Sophie’s impromptu birthday bash at her house has a body that looks like it’s simply draped with a tarp; but it moves like a cross between a Bantha and Mr. Snuffleupagus and is terrifying and deadly all the same. My favorite monster of the five released from an ancient book is a shape shifter that adds a little The Thing vibe to the chaos.

For a critical part of the movie, this creature takes the form of Mona (Michaela Longden), one of Sophie’s best friends (although her father doesn’t care much for her). Book of Monsters doesn’t maximize the switcheroo like you’d expect, but I wouldn’t say it’s a squandered opportunity. Overall, the movie is both exactly what you’d expect, and yet not quite what you’d expect. I enjoyed it, but if multiple viewings are an indication of a good movie, I don’t think I’d watch this one again. 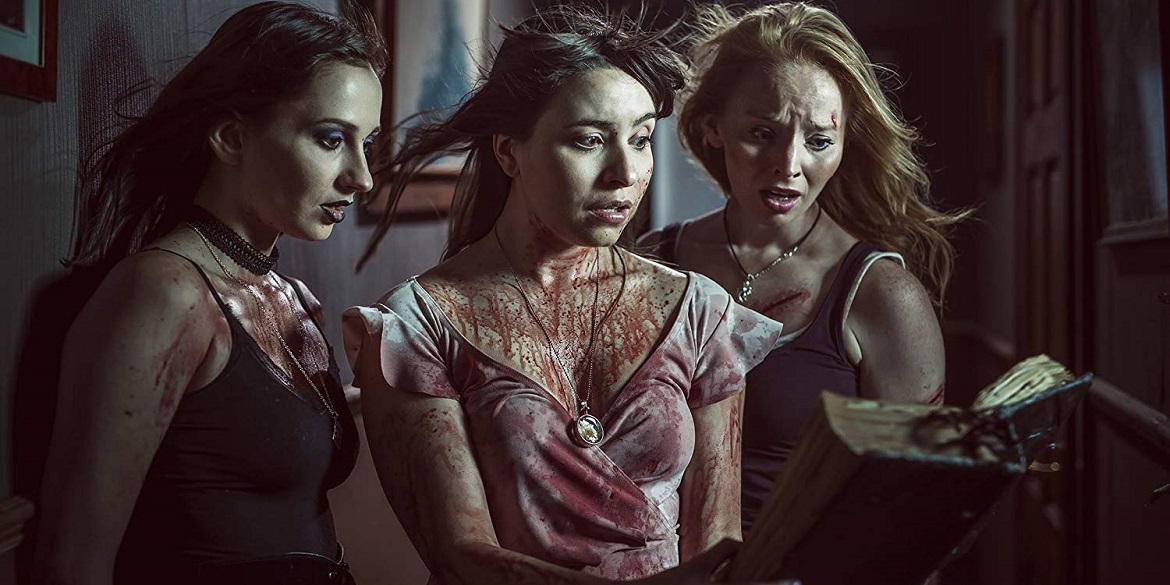 Review: ‘Book of Monsters’ Is Entirely Worth Opening
70