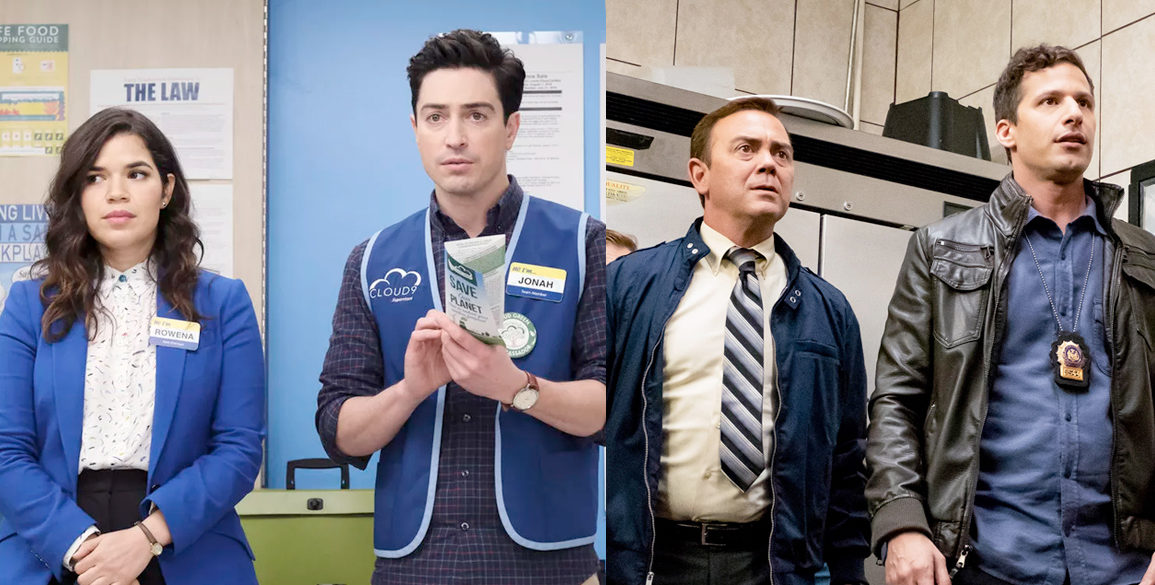 NBC brought The Good Place to life at San Diego Comic-Con last year in the Gas Lamp District. This year they are going all in on comedy again with a great slate of panels and off-site activations for fans to laugh until it hurts and enjoy their favorite shows.

They are back with an expansive set of activations starting with Brooklyn Nine-Nine. Check out the rendering below. Once you are inside you will be greeted as a new recruit in the 99th 99th precinct and asked to complete a series of “hilarious and unforgettable tasks”  in hopes of making the squad. In addition to this RFID experience they will also feature exclusive content, photos ops and prizes. You can pre-register for this event starting on preview night (July 17th) on the NBC Comedy Experience site NBC SDCC.

When you have completed your tasks and joined the squad of Brooklyn Nine-Nine you can head over to the Tin Fish Restaurant that will be taken over by NBC and turned into the NBC Comedy Cafe. Here you will see some of the other networks comedies as well as a branded menu and more custom content from the network.

Something I might be more excited for is Superstore coming to Comic-Con for the first time. I love this show and was excited to hear it will be getting its own pop-up, with the inside the Hard Rock Hotel. The main lobby will be transformed into Cloud 9 where you can take a pic at the customer service desk and snag some swag along with exclusive content from the show.

We didn’t forget about The Good Place and neither did NBC. After a wildly successful activation last year at SDCC they will be bringing the show back at the Hard Rock Cafe in MaryJane’s. “The Good Place Diner” aka “The Interdimensional Hole of Pancakes” will be open Thursday – Sunday.

If all these activations are not enough for you then go check out panels for each show. Here is the schedule.