[Fantasia] Review: ‘The Sadness’ Is A Brilliant Blood-Soaked Transgressive Nightmare

Once thought to be a novel backdrop to horror and science fiction film, the topic of pandemics has become uncomfortably real and almost done to death. Much like the zombies and ghosts that rule the genres in spurts every few years, the movie landscape has found itself packed with tales of viruses running rampant and the potential end of the world. It takes a special or daring film to stand out from the crowd. Which is exactly what makes Rob Jabbaz’s blood-soaked nightmare The Sadness such a powerful and audacious film.

In a Taiwan of the not-so-distant -but also alternate- future, the country is gripped in the throes of a pandemic. The media says everything is fine. Hospitals are overrun. The government is mum on the matter. The loudest voice of reason is a scientist warning that the Alvin flu is mutating. Morphing into something more sinister, with properties that mirror those of Rabies. To Jim (Berant Zhu) and Kat (Regina Lei), it’s just background fodder as they attempt to ready themselves for another workday. Even after Jim witnesses a dazed elderly neighbor standing on a rooftop, her white nightgown drenched in blood.

It doesn’t take long for the chaos to explode.  Announcing itself in a fashion that feels ripped from early Peter Jackson’s playbook. This is a plus, given how much of the film is practically done. What little CGI is seen stands out like a sore thumb, but actively makes all the “real” bloodshed that much more palpable. This isn’t a film for the squeamish, mind you. In terms of both the gore and actions depicted. Trigger warnings abound for anyone sensitive to necrophilia, rape, or grievous lascivious acts. The Sadness will be a boundary test for many. Those willing to take the ride are in for a transgressive assault into the bowels of pure madness.

The bulk of the story from there unfolds in a series of vignettes, as Jim attempts to traverse the city, after parting with Kat who took the subway to work. Through their journey, the two must face off against some truly horrific scenes. Attempting not only to survive the torrent of menacing carnage chasing them but also to keep some shred of humanity, in a world gone mad. A feat difficult to accomplish, given the throngs of wild-eyed infected that stand between them and home.

While Jim and Kat get the bulk of screen time, it’s Lei’s Kat who bears the majority of the emotional weight. Constantly bombarded with the worst dregs losing their minds, she finds an inner strength she may not have previously known existed within her. Anytime things turn south, she’s quick to react, rather than wait for someone to come to her aid. Especially when becomes the object of ire and desire for an old businessman she clashes with on her morning commute. The flu turns him into an unrelenting nightmare demon, with a bloodlust that cannot be quenched until he claims her.

Throughout its brisk and frantic 100 minutes, The Sadness races from set-piece to set-piece. Jbbaz and company craft numerous thrilling sequences that find new depths of gross-out mayhem at every turn. The standout being a frenetic train sequence that’s genuinely terrifying, as the cramped space becomes ground zero for a truly bloody and disturbing display of chaotic violence. Instantly cementing itself as one of 2021s most memorable bits of cinema. What makes it so effective isn’t just the gruesomeness of it all, but the impact felt by viewers. Depraved and deranged are the best ways to describe Jabbaz’s feature debut and it’s all the better for how far the writer & director is willing to go.

In terms of where the “infected” of The Sadness fall, they’re smack dab between the ragers of 28 Days later and the corporate drones of Mayhem. Hollowed out husks the likes of which would make Pinhead blush. Otherwise, they’re signified by deep red eyes (black large pupils), stained teeth, and a permanently fixed devilish grin. It’s a haunting image to be sure. One that easily matches all kinds of zombified figures from other horror classics.

The Alvin flu carriers are a particularly nasty and complicated bunch. There isn’t an exact pattern on where the next out real could occur or from whom. It’s not merely a case of being coughed on or bitten. Since it is likely airborne, everyone is at risk. Worse yet, those who fall to the Alvin flu not only lose their sanity, they also keep cognitive function. Fully aware of their actions, but at times powerless to said impulses. A doctor points out how the virus affects the limbic system of the brain, connecting the area that regulates aggression directly to the part that governs sexual drive. A dastardly combination that leads to disturbing results.

For many, The Sadness will be a litmus test for just how much punishment they can withstand from a film. For others, it’s a celebration of powerfully unhinged filmmaking. The kind that feels dangerous and gross and not afraid to push a few buttons in the process. A feat that’s rather hard to find these days. At a time where lots of films feel relatively safe, Jabbaz’s transgressive work comes off as a shock to the system. Even with the detractors, it’s sure to find, this is one film not to be missed. Not many other works have felt as dangerous or are timely as this one does.

[Fantasia] Review: ‘The Sadness’ Is A Brilliant Blood-Soaked Transgressive Nightmare
80 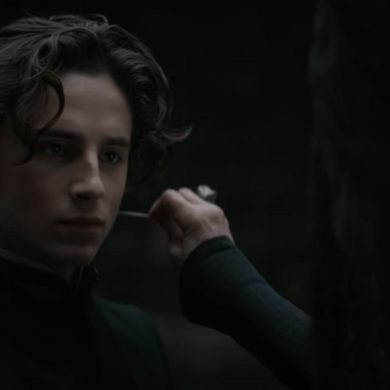