Strange events begin to plague the small costal town of Block Island, seemingly out of nowhere. Birds flying into windshields. Blackouts occur at night. Tons of fish beging rolling onto shore. Harry (Chris Sheffield) witnesses one such event when coming home from a bar. It’s the first in a series of many unfortunate and unexplained things that will forever shape and change his entire family. One tied to the strange gutteral and unearthly groaning, emanating from out in the ocean. A central mystery that The Block Island Sound fumbles initially, in trying to solve, yet creates a world interesting enough, to see through to completion.

Harry lives with his father (Neville Archambault). Watching over and taking care of hi, since his mom passed away. The weight of which has caused a strain between he and sister Audrey (Michaela McManus), who doesn’t visit often, due to her job and raising her precocious daughter Emily. Right off the bat, Audrey & Harry are at odds. He’s prone to a short temper and drinking (like his father). She stays away from the island as much as she can. But when here job with the EPA brings her back home, she has no choice but to deal both with the spectre of something weird happening and the family she feels so distant from.

While trying to figure out what lead to his dad’s death, Harry encounters something. Something strong enough cause him to blackout and wind up back on the boat. The exact same event that happened to his father. At first he shrugs it off. Slight headaches cropping up. Then there comes the sound and with it, him walking out of a grocery store with a full cart, in a daze. Something is clearly wrong. The deeper Harry digs, the more he starts to experience what his dad did. Hallucinations, blackouts, trance-like states all plague him.

Meanwhile, Audrey attempts to take a more scientific appreach to solving the island’s mysteries. Both are at a loss as to what it could be. Only Dale (Jim Cummings), a crazy friend with a predilection for conspiracy theories, may have an incling. It’s all a little dubious, with the majority of threads ending without explication. That in and of itself should seem like a detractor, yet director’s Matthew and Kevin McManus do this on purpose. The lack of concrete answers is meant to put people on edge. In the process heightening the tension and keeping eyeballs glued to the screen.

A lot of the time The Block Island Sound comes across as low budget and minor cosmic horror, that feels ripped from the turn of the century. There’s a larger and more vast story, one would assume, than what’s being seeing. Yet the smaller microcosm, through which all is viewed here, feels almost too small. Part of that is because the central mystery doesn’t kick into high gear till the final 25 minutes. Instead it’s focused more on the characters and the inexplicable pull that keeps them together, as it should be tearing them apart. It largely works because of how they all interact and the time and care that comes from spending time with Harry and Audrey.

The Block Island Sound is immensely watchable due to how it crafts characters. It’s not a mistake that both Harry and his father are the main two people we see under the influence of the sound. Both are damaged or have lost a part of themselves. They both drink heavily. Not to mention that they’ve infected those both around them, along with each other. Their dependence on alcohol is key. Though where the dad basically coats by to his doom, Harry attempts to find a way to save himself, before being consumed by the madness, too. Diving into such a serious topic could derail the large majority of the film. As it plays out, it works from the metaphorical angle, potentially inferring how susceptible to the sound some individuals are.

In a way The Block Island Sound is being made at a special point in sci-fi and. It plays with the familial strife that fits supremely in horror and has been evidenced as a key draw in films like Relic and Hereditary. That isn’t to suggest the film rises fully to that level, but it’s tapping into something extremely human, that many other features lack. Given the ethereal nature of the force influencing Harry, you’d think the lack of effects driving things would be an issue. It isn’t. Save for a small use of what felt like unfinished CGI, it’s completely sidestepped. It’s a decision that’s may bother some. Without it, a lot of the story is dependent on mood and atmosphere, which it has in droves.

What makes The Block Island Sound compelling, is the way continually punches above it’s weight. It never pushes things to meladromatic levels though. More so it acts with the confidence that would come from if it had larger budget under its belt, than it actually does. Taking something as trite and overused as a drone shot & having it convey depth, while creating an atmosphere thick enough to choke on. Compared to most of films, The MacManus Brothers have a knack for setting a scene and letting their actors shine. Just standing back and letting things unfold, gives the appearance of a a more grounded world. Allowing the otherworldly to make its presence that much more unsettling. Overall the movie’s not a flawless experience, but one that definitely makes one heck of an impression. 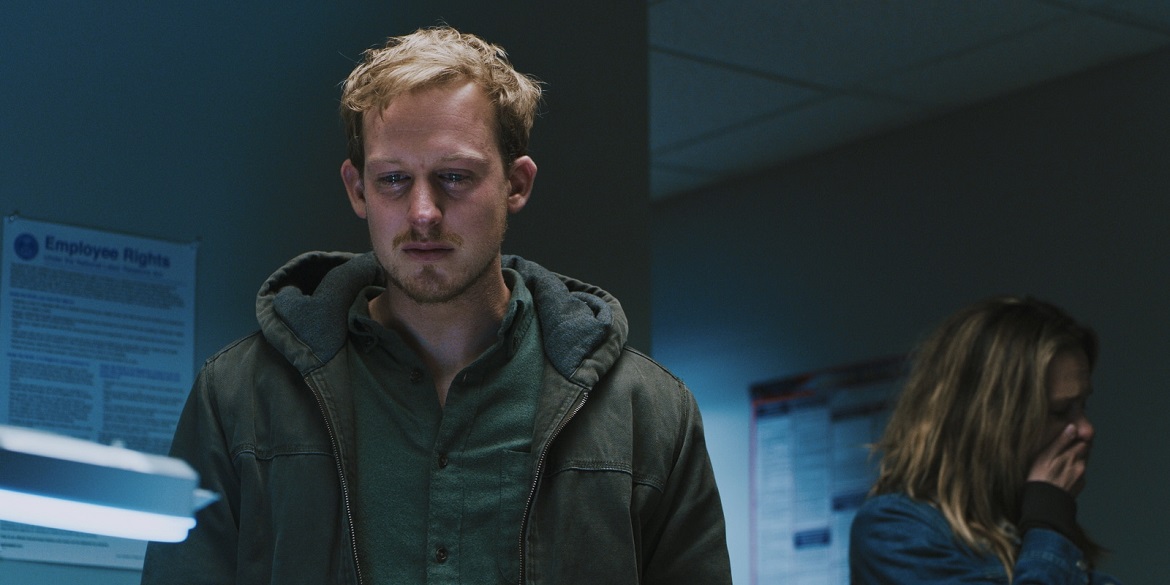