Fantasia: [Review] ‘The Columnist’ Is A Pitch Black Comedy That Mostly Nails Its War Against Trolls 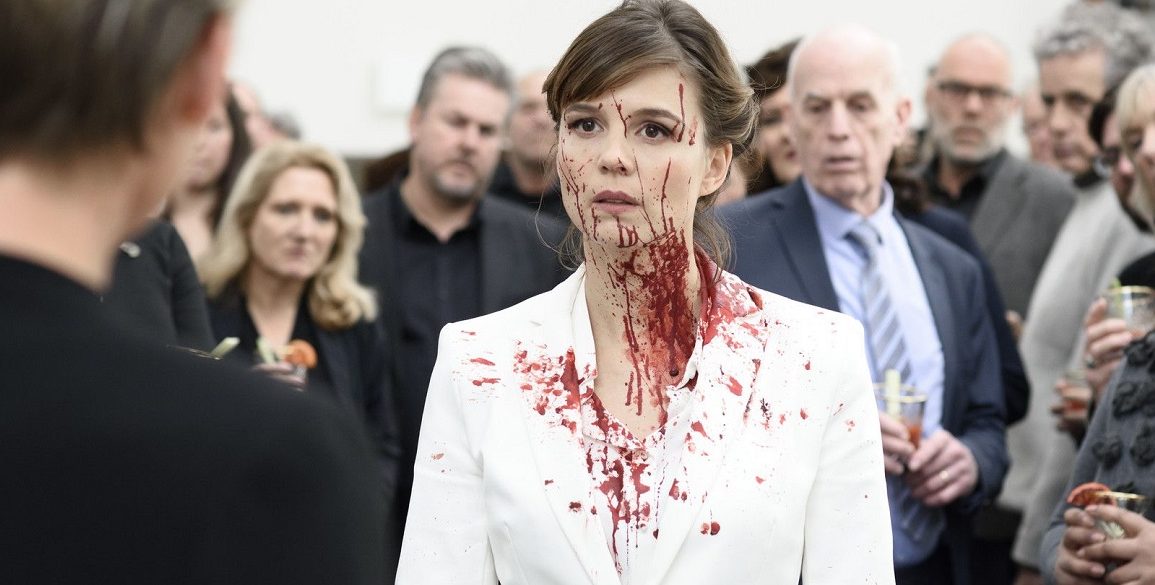 Everyone’s had that day. Or week. Or even month. It doesn’t matter. That day where someone said something so negative that you cave in. For most, it comes via social media. Once your big opinion is put online, the floodgates are opened and there’s a good chance the trolls will follow. It all leads to a moment where you might potentially want to launch someone into the stratosphere. For all those people, The Columnist is the escape you’ve been looking for.

The fantastically named Femke Boot (a sensational Katja Herbers) is in a tough place. Appearing on a late night talk show, she has a simple plea: “why can’t we just have different opinions and be nice about it?” The impetus of her appearance is a column calling for the removal of “Black Pete” from local holiday celebration (simply put, it’s a historical character that involves blackface). To say her piece was met unfavorably is, well, she’s having to take to television to discuss the power and ire of social media.

The ensuing backlash consumes Femke, both to the lengths people go to on social media and the wall she’s hit in the book she’s writing. “Don’t call it ‘writers block’,” her publisher tells her, explaining how it doesn’t exist. All that does is push her further to the throws of Facebook and Twitter. Until one of the avatars that illuminates her screen, bares an all too familiar face. Mad as hell and not wanting to take it anymore, Femke fights back against her detractors. In the process becoming a vigilante, we serial killer, removing the middle finger of each of her victims.

Ivo van Aart captures the slightly fractured world with great aplomb and Daan Windhorst’s words provide slightly heightened reality to the proceedings. There’s such a specific tone that runs through the whole movie and really makes it sing all that much more. As cartoonish as.events may get, mostly with Femke, there’s a grounded was that helps the focus from fully going to crazy town. The actions Femke engages in can be so far left of center, as it’s taking things to the extreme. If she was knocking off people in a lesser manner, the film would likely fall flat on its face.

What’s sort of unexpected, in the succinctness with which Aart captures Femke’s addiction. Namely the obessessive push and pull of social media. Where the negative comments stand out more than anything positive. She starts out logically enough, takingn complaints to the police. Naturally they just habd away, before letting you know they’re part of the problem too. Lef to her own divices, the drug like withdrawal becomes more apparent. Fidgeting, biting nails, phantom pains, long stares at phones. She’s got it bad. Almost craving the next terrible barrage of tweets and comments, in order to lash out. When the only “productive” cure the world presents her with, is murder, can you blame her?Maybe. As far as wish fulfilment goes though, it’s the kind the audience can easily side with the protagonist over.

Running concurrently to the main narrative, are two interesting stories, serving as perfect compliments. One sees Femke’s teenage daughter, Anna (Claire Porro), striving to leave a different stamp on the world, focusing on free speech. A battle that first manifests as a deliriously wonderful passive aggressive battle with her school headmaster. The duality presented here one of the stronger elements of the film, though the ideologies never clash exactly like you’d imagine. It’s nevertheless a solid juxtaposition, espousing why free speech is important, while alternatively showcase the consequences to such a right.

The other story centers on horror author Steven Dood (Bram van der Kelen), first glimpsed arguing on tv with Femke. When she calls him out on his attitude at a party, he caves an admits it’s all a show. His style, eyeliner and the nails his mother paints for him, part of a ploy to sell more books. Underneath it all is a sweet man who enjoys the domesticity of cooking a nice dinner and meditating. The idea of including a “never judge a book by its cover” view would seem too on-the-nose, were the character not so fully realized. It’s a testament to van der Kelen’s acting, in a film filled with pitch perfect performances.

One of the nice twists of the film is an inverse notion of the “I’m having a problem finding my inner calm,” trope. In almost anything other film getting the money off the back would be handled by an “other”. Not this time. It’s something of a joy to see Femke have the chance to take that agency herself. She’s terrible when it comes to concealing her identity and leaving a forensic evidence behind, but that doesn’t matter. Herbers flings herself into every scene, that you forget about those minor details. Without a doubt, Katja Herbers is a force of nature here. Juggling sweet and vulerable moments in her relationship with Dood (translated brilliantly as “Death”) and then jumping over the garden tool welding social avenger. You can’t help but be in awe every moment she appears on-screen.

The main issue then, in tackling a subject rife for inspection, is that it skirts a dangerous edge. One recently that Guns Akimbo also had the problem of skating. Using comedy (and violence) in the face of taking on the aggressive cult of the internet, can be a powerful release. How one goes about using those elements, to attempt to do good, is the difference. Akimbo makes the mistake of just taking things on at a surface level. Merely, it was more content to entertain, rather than also engage. By comparison, The Columnist is leagues better than the aforementioned film. In terms of how it handles tact, tone and execution. Along the way it sets up counterpoints and arguments against the actions taken by the lead. Ones it may unfortunately turn it’s back on, towards the end, confusing and muddying the overall message.

For The Columnist, what ultimately keep it from being great, is the eventual climax and turn. That may sound like an oversimplification. And to a slight degree, it is. The point that’s hard to parse is how much Aart and Daan Windhorst believe in what they’re showing. The large majority of the movie focus on the social commentary slant, doing so under a thick veil of dark humor. Then it takes a swing, letting more serious questions arise and ultimately ends on a note that may betray what directly preceeds it. The divide that comes from such an event may foster countless discussions, though not in the most positive sense. It doesn’t fully indie lots of the good that comes before, just sours the final moments of an enjoyable and important “digital age” satire. 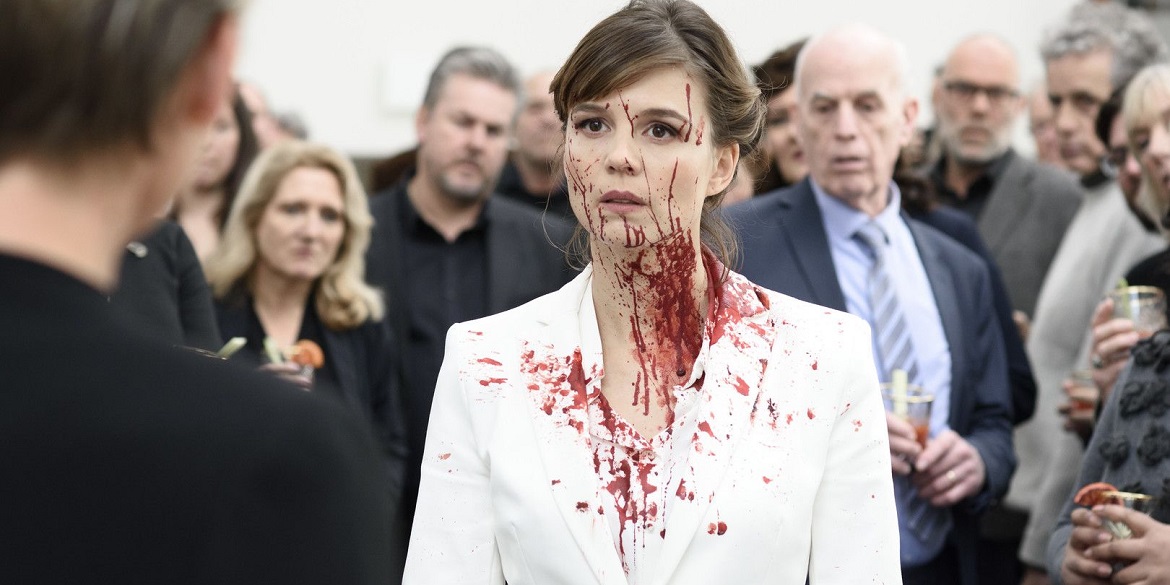 Fantasia: [Review] ‘The Columnist’ Is A Pitch Black Comedy That Mostly Nails Its War Against Trolls
80