Fantasia: [Review] ‘Crazy Samurai Musashi’ Is A Staggering Experiment That Makes For A Boring Movie 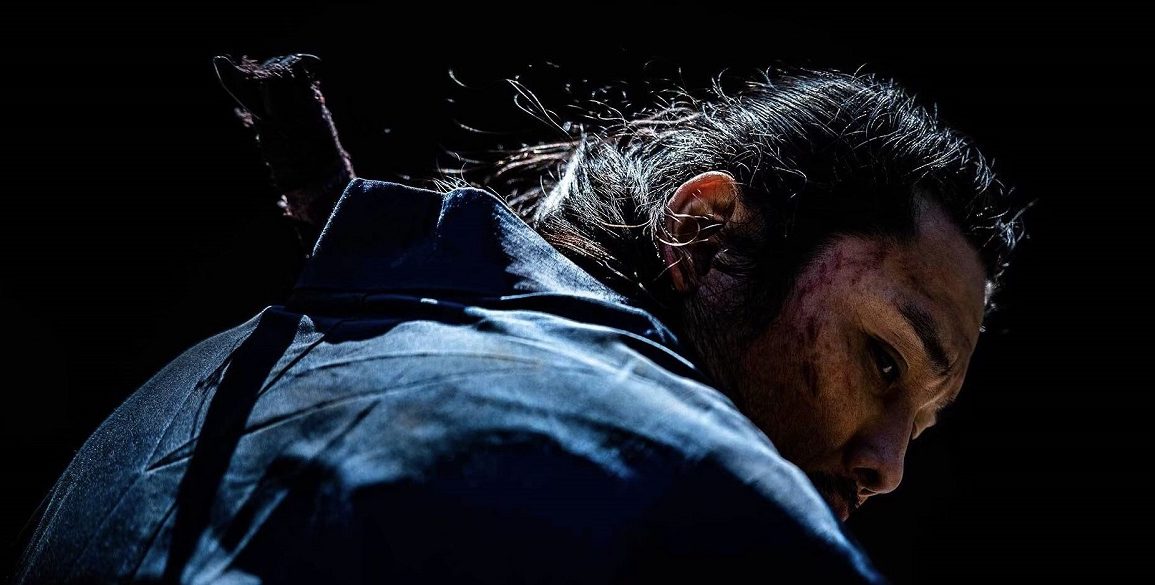 Out of all the Japanese samurai legends, none may be more interesting than Miyamoto Musashi. At age 13 he was involved in his first duel. In his life he was never defeated in 61 duels. He was a philosopher, artist, games swordsman, famous for his dual blade and wrote the Book Of Five Rings, just days before he passed away. His legacy lives on in comics, books and most famously in the Samurai Trilogy, by Toshiro Mifune. Now, another team steps up to bat, attempting to capture the legacy with Crazy Samurai Musashi.

Context, at least historically, is important here. Even though the film itself hopes you know what’s going on. In the time of the samurai Musashi has dispatched 2 members of the Yoshioka clan, Ina separate duels. Now set with a 6 year old as the head of their house, the propose a 3rd duel to Musashi, while planning to trap him in a battle with 100 local sword students and hundreds more mercenaries. That much is fact. The movie? It may embellish things a bit, but the fear happened.

The traditionally shot and somewhat sedate opening 10 minutes to the film, is to set the stakes. Once out of the way and the credits smash across the screen, the real show begins. At least, in theory. Anyone walking into Crazy Samurai Musashi isn’t doing so on a whim. They’re here for the re-teaming of Tak Sakaguchi and Yuji Shimomura who previous joined forces to great effect on 2016’s Re:Born. Or the inclusion of Sion Sono penning the concept of the story. Yet truly, the real reason anyone’s watching this, is for the headline-catching 77 minute non-stop, no-cut, one-take battle extravaganza. Something which sounds astounding when you say it aloud, but looses some of that luster, when excited as jankily as it is here.

Watching Crazy Samurai Musashi strickly for gimmick’s sake, is a strange experience. You are indeed getting what was promised. Although, the cumulative effect it may on viewers is likely to differ from person to person. In short, the spectacle comes from the sheer audaciousness of the event, rather than the action contained within it. And that’s the biggest gripe that will squarely splinter those who walk out at the end. If you side with the sparese and more “grounded” action, you’ll be delighted. Find it to be trying your patience, even early on? Then you’re gonna have a bad time. Quite literally.

The opening action beats are chaotic and slightly disjointed. Giving a strange reality and surrealism to what takes place. Attackers slowly wait their turn. Foley work is highly exaggerated and spurts of digital blood crop up ever few seconds. Almost so to a distracting degree. Sure it’s there to add a visceral element to what’s taking place, but the disconnect is so great, that at times, the faux bloodletting borders on the comical. Of course, anything that helps distract and break from the mounting tedium, is almost welcomed.

From a distance you can see an experiment like Cazy Samurai Musashi being a grand endeavor. Push the 1-take aesthetic to its zenith and beyond. Capitalize on the crazy body counts and highly choreographed nature of the John Wick series. Yet far far in the distance is the voice of Ian Malcom, reminding everyone that when you’re so preoccupied with if you could, you didn’t stop to think if you should.” Or think of a way to make it thrilling and inventive outside of the main headline grabbing pitch. That’s the monkey on the back that Musashi constantly contends with. Repeating itself, at a somewhat glacial pace, it robs any and all momentum. Instead becoming an endurance test.

It’s as entertaining and enthralling as rolling up to some random park you’ve never been to and witnessing a bunch of people you’ve never met, engage in a game of LARP. There’s no stakes, there’s no rules and unless someone momentarily manages to do something “cool”, there’s no reason to pay attention. In theory it’s exciting, but in reality it’s the defenition of a slog. The breaks that come with a more choreographed fit are slightly more inspired, yet largely in part to being a deviation from every other single moment taking place. There’s too much of a “rinse, repeat, rinse, repeat” nature to it all. By the 3rd time Musashi knocks over a piece of wood to find another sword and container of water, yet again lamenting the onslaught of fighters, it feels like a bit much.

The most ingenious sequences that transpire are ones which have no action in then. Often consisting of quiet between storms. Small glimpses of people trying to survive in the middle of this town that’s being ravaged. It’s small, but nice. There’s also the initial occurance of Musashi asking “how many more are left?” Sadly the answer to that query is too many to too little effect. As encroaching hordes of mercenaries and students often encircle Mushashi, without acting for what amounts to minutes here and there. A necessary tact, probably to help the crew set up for the next transition. Eagle-eyed viewers will notice the same performers appear again and again and again. If you’re going for an arduous and audacious cinematic event you should go all out. If ever there were a case where logic and sense be damned, this would be it.

Perhaps the biggest blight or mis-step by the film, comes from behind the scenes. It turns out director Shimomura, star Sakaguchi and crew actually shot the footage 9 years prior. At a time where a massive undertaking like this would have been the most anticipated thing ever. Now an extended “oner” comes with people trying to find out where the subtle cuts and wires are. Crazy Samurai Mushashi almost exists to prove those minor cuts are necessary, in regards to big action spectacle. By coupling that with the prologue and coda, the jarring shift begs the question why it was tackled. A question that’s not likely to be answered.

Action fans will undboubtedly want to search this one out for completionist’s sake. Yet beyond witnessing it for the sake of saying they’ve seen it, there isn’t much here. The action, though feeling more “realistic” than more traditional samurai films, is a chore to sit through. The far more staged coda to the film is indicative and worth of the talents of Sakaguchi, Shimomura, Sono and everyone else involved. As thrilling as the one-cut non-stop battle me sound, a more conventionally made samurai film, boasting 500+ deaths, would be cause for great excitement. As it stands now, the only laurels that can be lauded by Crazy Samurai Musashi, is a certificate for participation and completion. It’s one hell of an achievement for merely existing. Though when you see it unfold, it’s easy to understand why this hasn’t exactly been attempted, to this extreme, before. 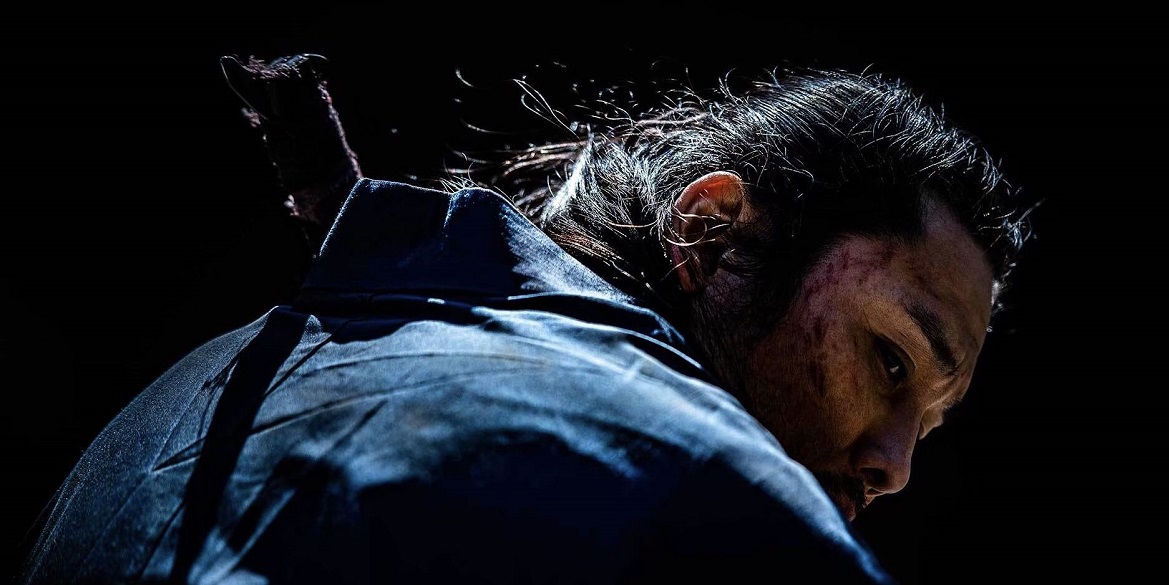 Fantasia: [Review] ‘Crazy Samurai Musashi’ Is A Staggering Experiment That Makes For A Boring Movie
30