Whoever coined the famous adage “never meet your heroes” wouldn’t have known what to do at Planet Comic Con 2016. To enter the three-day event held in Kansas City’s massive Bartle Hall was to step into a sea of fans costumed as their favorite heroes, as well as the actors, writers, and artists who give those heroes life and form. In its seventeen years of existence, Planet Comic Con has done nothing but grow. By 2016 it has reached the point where nearly every square inch of the Exhibit Hall is dedicated to the pursuits geekdom: toys, comic books new and used, costuming, weaponry, geeky accessories for the home – it’s all here. One could easily dedicate an entire day of the Con to nothing but perusing the wares of the vendors and not get through the entire thing, and both the inventory and creativity on display by these myriad craftspeople and merchants is astounding.

Friday saw events getting into gear quietly, but quickly. This day was so chock-full of captivating panel discussions that it would have been impossible for someone to attend every single one that they wanted, and each had something to offer that one would not necessarily immediately think of while enjoying their sci-fi and fantasy. For the literary-minded, Kansas City’s Mid-Continent Public Library invited us to speculate about What Would Tony Stark Read – a discussion about what types of literature certain iconic heroes might enjoy. Or one could simply relax and enjoy the comedic stylings of That’s No Moon: An Improvised Space Opera.

Geekdom is something taken very seriously by many, and Friday’s discussions also saw more serious topics at hand. Who Can Be A Geek? Inclusion In Fandom explored the way geek culture has had to adapt to new demographics of fans as it has exploded to dominate the entertainment mainstream. Panelist Gel E. Bean, host of the ConCast podcast, spoke of once witnessing a steampunk cosplayer at an anime convention being told by a fellow attendee that they didn’t belong there, leading to months of internet-based acrimony between fans of the two genres. “Now you go to cons and the Steampunk is accepted… You didn’t used to see things like trolls, fairies, and Steampunk at Renaissance Festivals, now it’s part of the draw.”

But it’s not just different categories of geek that are getting along better. Different racial and gender populations have successfully found their place too. The panel spoke of how women at sci-fi, fantasy, and comic conventions were once so rare they would turn every head in the room. But it was admitted that even today women are often assumed to simply be “the girlfriend” of whatever male they might be standing with, brought there begrudgingly. So there is still much work to be done. But it was fully agreed upon that people of all creeds, colors, and identities deserve to share in fandom and this was reflected in the incredible diversity of the fans that had descended upon downtown Kansas City.

Planet Comic Con regularly has a roster of celebrity special guests that can compete with the biggest and the best conventions around. This year’s event scored an incredible coup, however, by obtaining high-profile film director Kevin Smith and legendary comic book writer and creator Stan Lee. Smith spoke to a capacity audience for over two hours Friday night while on Saturday Mr. Lee was introduced and given special honors by Kansas City mayor Sly James himself. James spoke of his own fondness for the superheroes whom Lee has created – citing Marvel’s Thor as a favorite – and Lee engaged in a lively question-and-answer session with the sea of curious fans. When asked what his greatest inspiration was in creating the many super heroes with which he is created, Lee playfully responded “Greed. I wanted to keep my job. I didn’t want to get fired. So I came up with super heroes.” But the 93 year-old Lee was also quick to admit that it should always be about more than just a job. “I think the key is doing what you love with people that you like,” he responded when asked if his chosen career has contributed to his longevity. “How can you not have fun?”

Lee’s hour-long talk – moderated by actress and internet personality Clare Kramer (Buffy the Vampire Slayer) – was incredibly jocular and full of non-stop wit on the part of the vivacious creator of Spider Man, The Fantastic Four, and X-Men, but he became serious when thanked by an audience member for his promotion of women and minorities in his storytelling throughout the years. “It’s not something people should even need to be thanked for,” Lee said. “It should be something that people just do.”

As the hour wound down, Lee dropped an interesting teaser. When asked whom he would choose to play him in a movie, Mr. Lee intimated that a famous actor – whom he was not at liberty to name – had contacted him within the last few weeks about producing and starring in a biographical film of Lee’s life. “I don’t know yet if he will actually do it,” Lee said. “But when I do, you (the fans) will be the first to know.”

Lee as the subject of a film about his life instead of just another cameo in one of the films about his many fictional creations? That could certainly be interesting indeed…

Stan Lee’s Q&A was immediately followed by that of Manu Bennett, star of various television series including Spartacus, Arrow,  and The Shannara Chronicles, and who perhaps most famously appeared as the fearsome Orc warlord Azog the Defiler in Peter Jackson’s Hobbit trilogy. Bennett – a Maori from New Zealand – got things off to a lively start by teaching his audience the Haka – a traditional Maori warrior chant which he uses to get into character for his various fearsome roles. Despite his reputation for portraying a heavy, Mr. Bennett proved incredibly funny and amiable, telling engaging, lively stories. For example, he attributes winning the role of Slade Wilson/Deathstroke on Arrow to a chokehold taught to him by a U.S. Special Forces soldier and it turns out that his principle influence in his characterization of Azog was the shark from the movie Jaws. Mr. Bennett also showed off his retention of the Black Speech – the Orcish language used in the Hobbit films – by frequently reciting Azog’s menacing lines to get his point across.

Saturday saw the impressive celebrity roster begin to overshadow Planet Comic Con’s humbler events, but there was still plenty of activities to be had if celebrity Q&A’s were not one’s things. The game room swelled to fullness as players sat down for demos of tabletop games such as Dungeons & Dragons 5th edition or Shadowrun, and the panel schedule continued in full swing. Adron Buske of NerdForALiving.com moderated the appropriately-titled How to be a Nerd for a Living panel which consisted of Freddie Williams II – author of The DC Comics’ Guide to Digitally Drawing Comics, Ming Chen of AMC’s television series Comic Book Men, and novelist Holly Messinger. These three diverse creators all got their start in equally diverse ways. Mr. Williams was hired by DC for occasional work after submitting his portfolio to the company’s talent search. This ultimately led him to becoming an artist for such high-profile titles as Robin and The Flash. Ms. Messinger put her dreams of writing on hold for several years to work as a professional costumer. As competition in her field began to grow, she transitioned back to writing and put into words a story idea inspired by her time attending a Baptist college. This would become her debut novel, The Curse of Jacob Tracy. Chen, on the other hand, was once the owner of a fan site for Kevin Smith’s movie Clerks. When Smith became aware of the site’s content – illegally lifted from a Clerks laser disc – he offered Chen a job and Chen has not looked back since. All three panelists agreed, however, that turning your nerdy pursuit into a career was not easy, but that’s no reason not to do it. “When you do something you love, it doesn’t feel like work,” Chen said. “Life is too short to suffer; to get out of bed and hate your life.” The key, they agreed was to be persistent without being overbearing. But they also cautioned against making the mistake of thinking that initial success means the work is done. “People think once they’ve got through the door into the industry, that’s it,” Williams said. “What they don’t realize is that they are just at the foot of the next mountain.”

Saturday climaxed with the evening’s Adult Costume Contest & Masquerade Parade. Under the supervision of professional cosplayers Abby Dark Star and Keith Zen and a panel of cosplayer judges, attendees strutted their stuff as their favorite characters from comics, films, cartoons, and their own imaginations. The contest consisted of various categories ranging from Novice to Best in Show and at stake were costume gift certificates from U.S. Toy along with specially engraved Mjolnir hammers – signature weapon of Marvel’s heroic Thor. The participants brought their A-game, bristling with stage presence whether they were new cosplayers or experienced ones. This inspiring spectacle was surprisingly absorbing with the power to spark an interest in the art of cosplay even for those who’ve never donned such a costume in their life.

By Sunday crowds were starting to thin; the electricity and anticipation in the air beginning to wane. But there was still plenty to experience and take in, and while the event may be called Planet Comic Con, the events on the roster proved once again that it is a place for all realms that the imagination takes us to. Just as Friday had seen Kramer host a sit-down with Dennis O’Hare – best-known for his work in the horror genre with True Blood and American Horror Story – Saturday saw spotlights on Barbara Eden and George Takei – two actors who helped reimagine fantasy and science fiction in the 60’s – and Giggi Edgely who, as part of the cast of Farscape, helped science fiction reach new audiences in the early 2000’s. The keystone event of Sunday, however, was unquestionably the Q&A with Tom Felton who, following his work in the Harry Potter franchise has found continued success in the science fiction and horror fields.

By late in the afternoon, more and more last-calls for celebrity autographs were being issued over the PA system. Tired vendors attempted to clear out remaining stocks of inventory. Meanwhile, happy con-goers prepared to unbuckle costume pieces, wipe off the makeup and return to more mundane lives. But for everyone, celebrity and fan, vendor and artist, Planet Comic con had made a powerful impression. The sheer bulk of this convention shows what the passion of thousands upon thousands of fans can do, and with that kind of strength in numbers it’s very likely that Planet Comic Con isn’t going away any time soon. The exhausting whirl of a complete geek world leaves one in dire need of a much-needed rest after three days. But that rest is only anticipation for the moment when the imaginative and the curious can descend upon downtown Kansas City once again in celebration of being the heroes that within their hearts, they truly are. 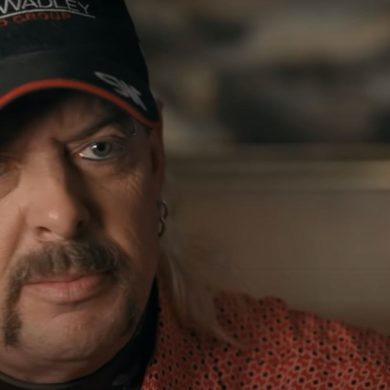