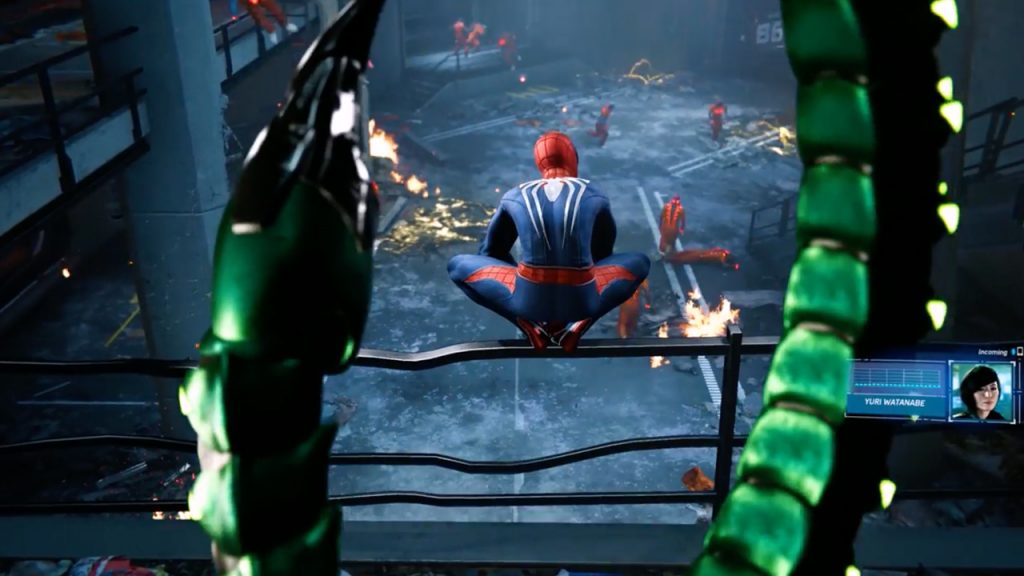 Insomniac games released a new gameplay trailer for their upcoming Spider-Man game and it’s clear that Insomniac is going full force with bringing forth a strong line-up of villains for our hero to face. Spider-Man PS4 was announced back at E3 in 2016 and ever since then we’ve been clinging to every little piece of news we could pick up. This 7 minute demo was released showcasing the villains of Scorpion, Electro, Rhino and Vulture alongside the already established Mr. Negative. It was refreshing to see such classic Spider-Man villains make an appearance in this game. This trailer was wonderful and showed off the dynamic combat styler that felt like a fresh and updated version of the notable Arkham games. The free-flow between cut-scene game play felt absolutely seamless and provided a strong cinematic feel to the game. It felt like a Spider-Man comic brought to life in a video game. We got to see some different types of enemies and see the creative game play styles to combat each enemy. While the combat looks fresh and creative it does feel like it can get very repetitive especially.

The trailer made a point to tell a small part of the story which suggests there is another villain pulling the strings and a working as the true antagonist to this game. It was nice to get a glimpse of this game’s Peter Parker as well. Throughout the entirety of this trailer we see Peter cracking jokes and making fun of his enemies in every battle. My one fear with this trailer was it did at times look like there were linear areas that felt constrictive as well as something you’re unable to revisit. While this may be something that most gamers are comfortable with it can prove to be frustrating and feel bland.

For more E3 coverage visit our home page on boomhowdy.com