E3: The Coalition Gives Us a Sneak Peek at ‘Gears 5’ Escape Gameplay 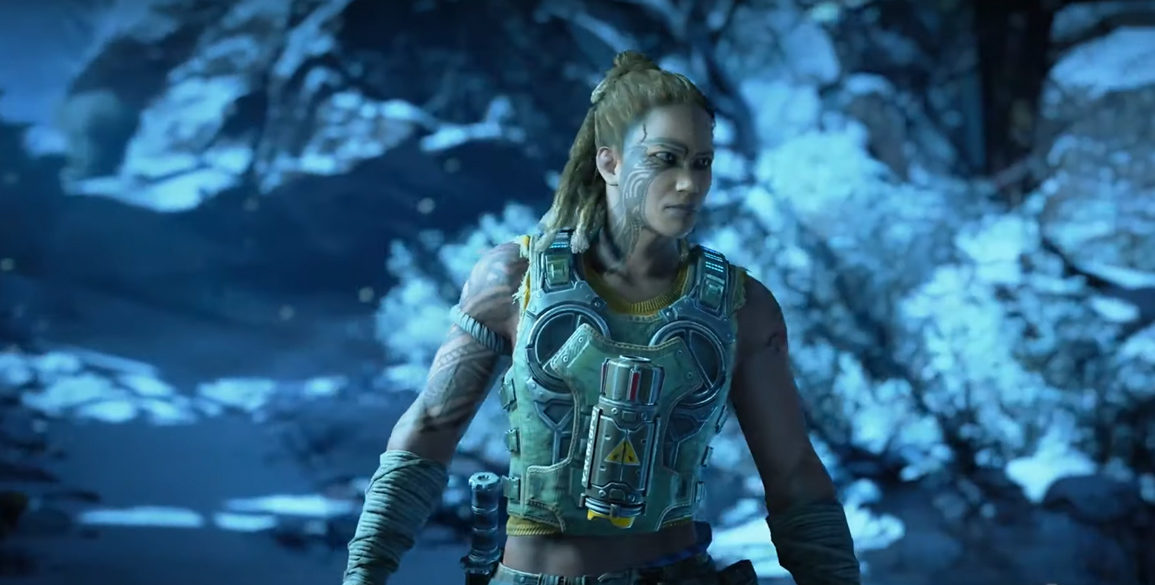 From one of gaming’s most acclaimed sagas, Gears is bigger than ever, with five thrilling modes and the deepest campaign yet. With all-out war descending, Kait Diaz breaks away to uncover her connection to the enemy and discovers the true danger to Sera – herself.

We got a sneak peek of Gears 5 gameplay and a special playable character that we will get to in a moment. But lets start with an exclusive look Gears 5 gameplay of Lahni in the newest multiplayer experience. Starting in “The Hive” Lahni burst out of the alien cocoon before she sets a venom bomb and goes on a kick-ass killing spree with her friends. Check out 14 minutes of gameplay below!

Here are the available game modes:

Three-player Campaign Co-op: Battle alongside your friends in three-player online or split-screen co-op.

Tours of Duty: Rank up from new recruit to four-star general in Gears Tours of Duty. Take on new and exciting challenges, earn awesome rewards, and show off your loot.

Boot Camp: New to Gears or just a little rusty? Bootcamp is a fun way to learn the ropes, from the basics to advanced combat techniques.

Play as Jack: Play as Jack, your personal flying support bot that can protect allies and damage enemies – perfect for players new to Gears.

The other big news regarding Gears 5 is the chance to play as the Terminator! Play Gears 5 with an active Xbox Game Pass membership or pre-order any digital edition of Gears 5 before September 16, 2019, and receive the Terminator Dark Fate Character Pack, featuring Sarah Connor and the T-800 from the film, the Vector Lancer Skin and 7 days of Boost.

‘Tragedy Girls’ is the Right Kind of Chick Flick