E3: To Test Your Faith In Humanity, Miller Lite Has Gone And Created The “Cantroller” 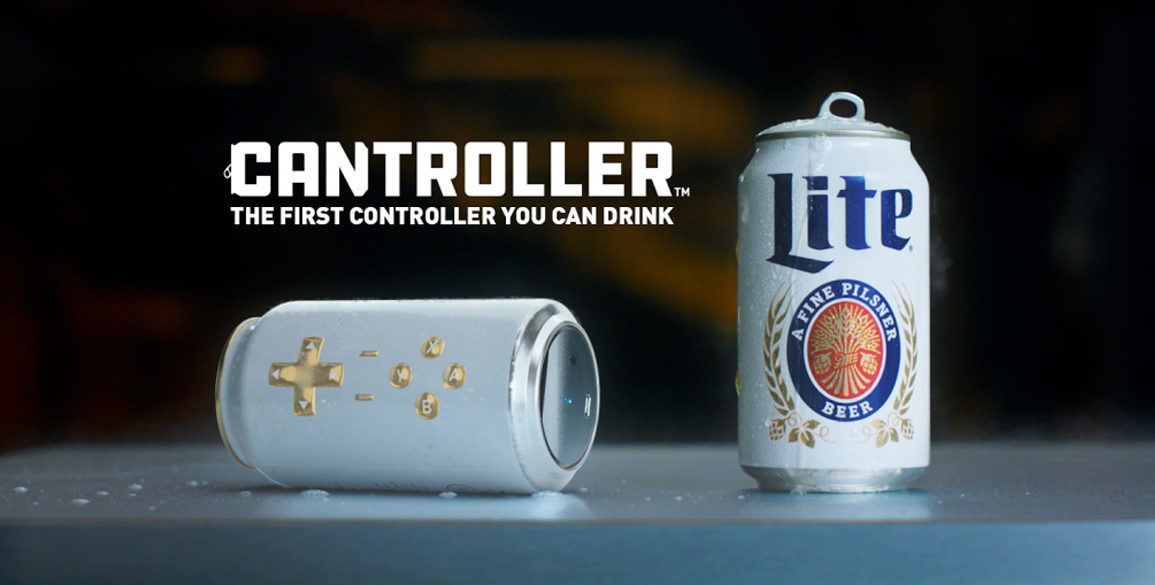 E3 is usually bogged down with the biggest studios pimping out their latest games, but there’s also a tech component going on in the convention center. Numerous manufacturers have demos of proof-of-concept prototypes. Either to drum up funding, attention or hawking their wears in conjunction with a larger console contract. Then there’s the case of the truly weird. Such as when a beer company decides to take “drinking and gaming” to it’s pinnacle achievement. Behold, the “Cantroller”, from Miller Lite. Proof there is indeed both a God and a Devil, and neither of them are currently paying attention to how things unfold on earth.

It’s hard to decide where to begin here. It has a micro-usb ports for charging. There’s a lithium ion battery inside it. Bluetooth, as well. Hell, they even built haptic feedback into the thing. Granted, the main drawback is that the layout fits better to retro gaming, than this current generation. The fantastically bizarre part? There is indeed 1 oz of Miller Lite contained inside the Cantroller. In case you are someone who isn’t picky about a quick beer fix.

If you are someone whose life in complete without a beer can controller, you’re likely out of luck. The only way to possibly gain one of these beautiful monstrosities is to show-up, in person to E3 and stand in line to challenge Eric Andre, of all people, in a game of Street Fighter. To the victor goes the spoils, we guess.

There’s no indication that the Cantroller will be available, ever, outside this event. You can rest assured though, that some enterprising soul will put their prize up on eBay tomorrow, for some absurd price. To see how this all shakes out, be sure to check out Miller Lite’s Twitch page tonight, June 12, from 7-11pm PST. Apparently, some 350-odd people are being allowed the chance to compete in this. Proving that people love video games and will do anything for a free beer. We’ll be over here patiently awaiting the Turtle Beach Heineken beer helmet headset. Until then, keep your attention fixed to Boom Howdy, for all the latest (and weirdest) news coming out of this year’s E3.