SDCC 2019: Bruce Campbell Discusses His UFO Encounter at the’Ripley’s Believe It Or Not!’ Press Conference 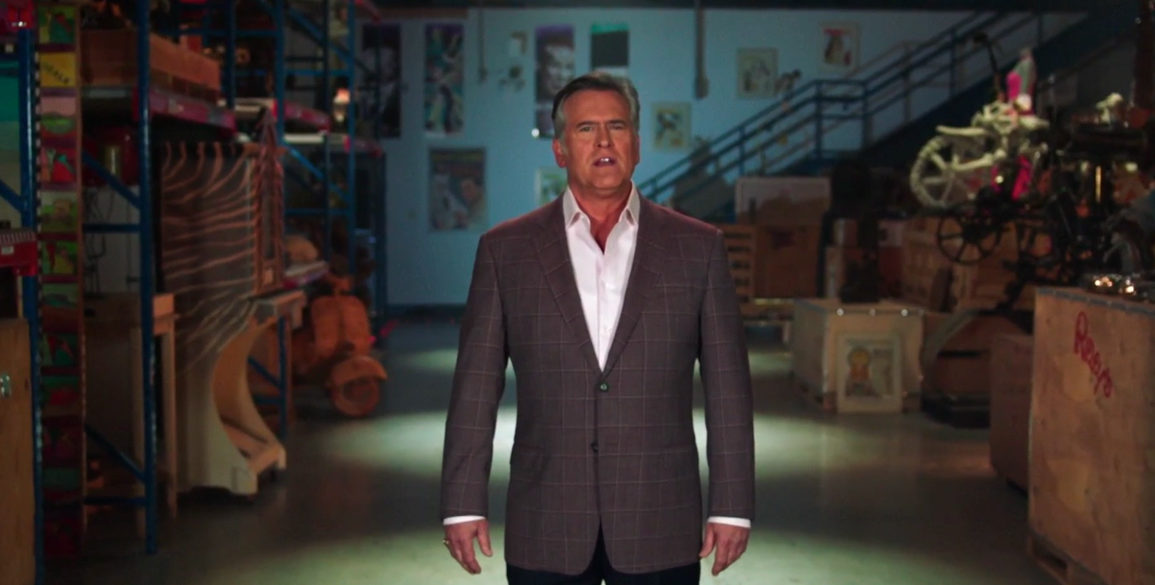 Travel Channel celebrated bringing back the Ripley’s Believe It Or Not! TV series by bringing some of the people featured in the show to a panel along with the charismatic host, the chin himself, Bruce Campbell. Much like other panels that feature Bruce Campbell he did not disappoint.

After the panel we were lucky enough to sit in on a press conference with Bruce Campbell and chat about the show amongst other things. 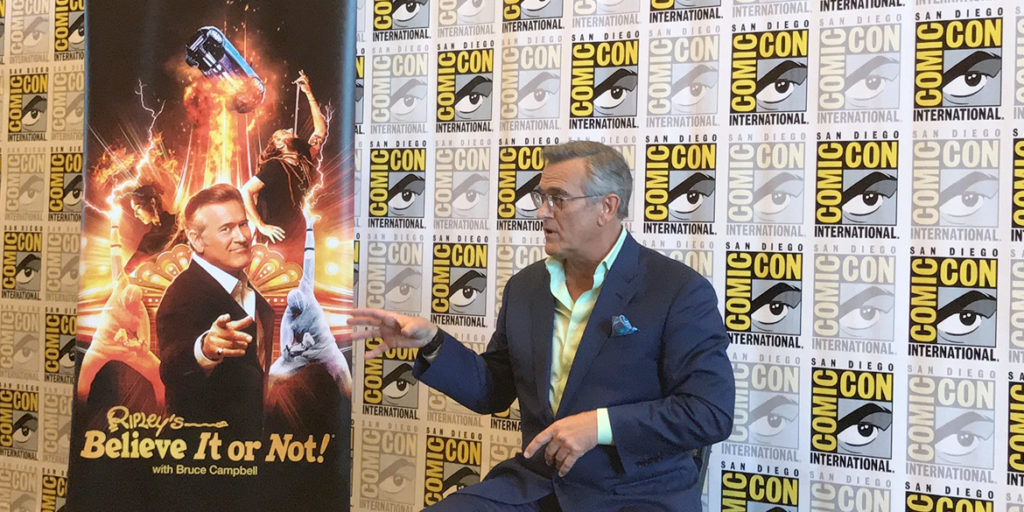 He said this isn’t your daddies Travel Channel anymore. The programming is branching out and expanding. Now they are hunting ghost and exploring the odd and peculiar along with tales from the Ripley’s archives. But the new Ripley’s is focusing a lot of the new breed of fascinating people.

I was curious if Bruce has seen anything in the Ripley’s warehouse that wowed or fascinated him. He took a brief pause and then laughed saying he has seen some things but wasn’t going to tell me. I assume he wants to keep that information close to the vest in case it gets used in upcoming seasons.

When asked if the series might explore odd stories and mysteries and not just incredible human beings he said perhaps – then offered up a fun story of his own. Two months ago, Bruce Campbell had a UFO encounter while taking a phone call at his house in Oregon. He noticed a bright light followed by lights in his foyer dimming. It was an unexplainable experience that Bruce truly thinks had something to do with the bright lights he saw outside.

To hear these and more fascinating stories check out Ripley’s Believe It Or Not in the Travel Channel and watch the full press conference below.