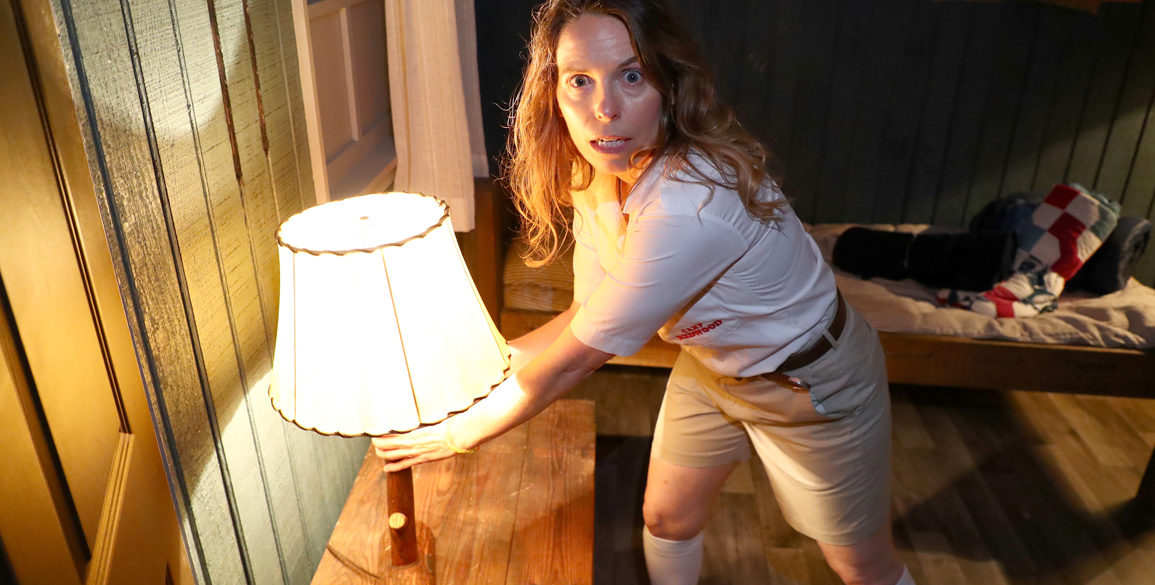 We got an up close and personal sneak peek at American Horror Story: 1984 during San Diego Comic-Con at the FX Fearless Forum activation “Face the Darkness.” The experience was created by JFI Productions and felt like a mini immersive haunted attraction.

As you entered the experience you went into a cabin from Camp Redwood and was greeted by the head counselor Rick. We were playing the role of new campers. Rick engaged in some friendly banter just before a camp counselor burst threw the door and swung it open in a panic. Another counselor had been snatched in the woods.

Something was out there – and the “only logical thing to do was go to his cabin” to find him. I disagreed with this strategy but we pushed forward to find our new lost friend.

As we exited the cabin we went into the woods that was filled with fog. After heading down a dead end we turned around and were greeted with the bright lights of an old pick up truck that came to life and honked its horn before we were stalked by someone in all black wearing a ski mask .

Just then our lost friend falls out of the woods bleeding. The counselor that led us into the woods told us to run to cabin 9 and get help.

We enter cabin 9 when another counselor greeted us. Also in a panic. We tried to find the radio to call for help – but before we could another maniac sat up from the bunk beds and we booked it from the cabin. Unfortunately that was a bad choice because we ended up in murder dungeon. It was filled with body parts and had “1984” written on the wall. Before you could take it all in a chainsaw ripped through the wall. Before we knew it our experience at Camp Redwood had come to an end.

When we exited the haunt we were able to snag an one of several AHS bumper stickers. I had to go with Camp Redwood.  They also captured a couple of stills from our experience with our RFID wristband and created an animated GIF. It was a great off-site experience and the actors were spot on enhancing the experience with each new scene. 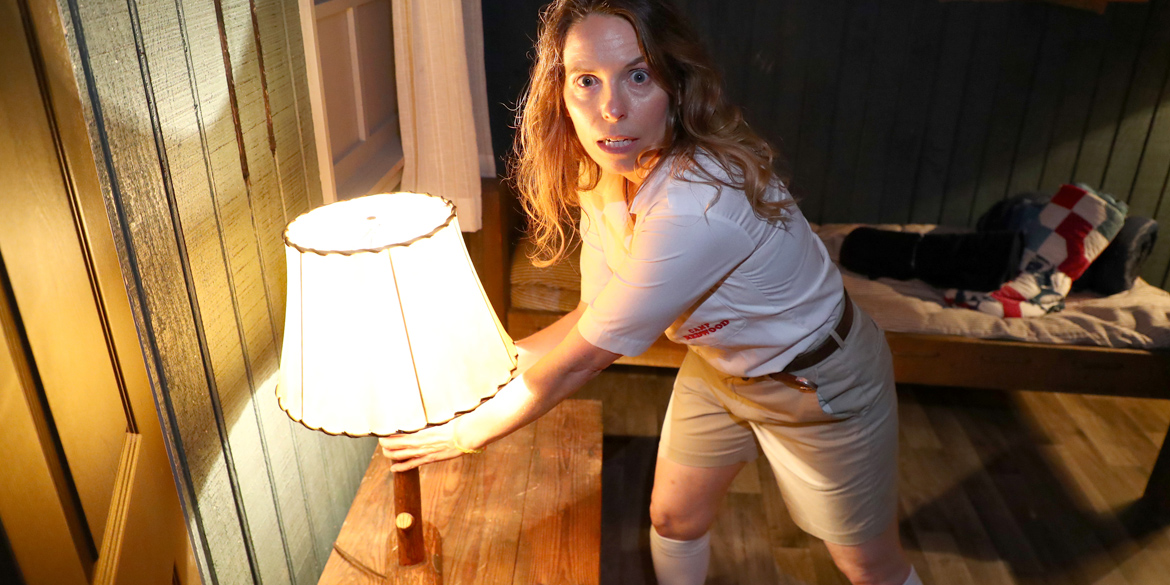