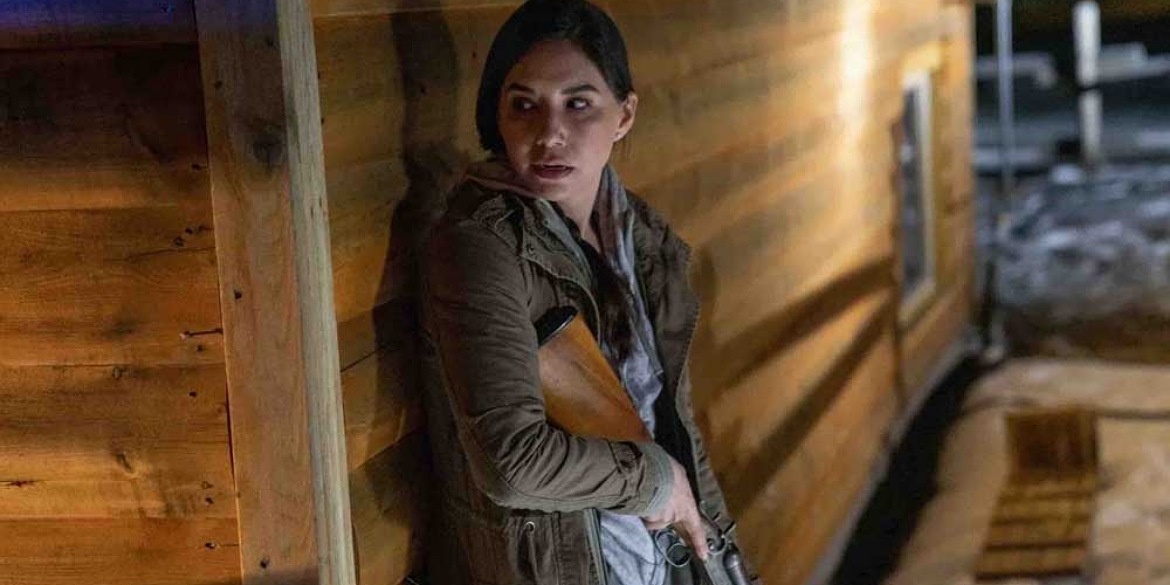 If you’re a film fanatic, there’s nothing better than a film festival. No arguments. No excuses. The ability to get in on the ground floor for the next wave of films and filmmakers is an exciting prospect. Every summer and fall some rather big festival unleashes a bunch of films on the world. Chief among them is Montreal’s Fantasia International Film Festival. Heralded as the largest genre film festival it’s a giant undertaking, sprawling multiple weeks and over a hundred features, documentaries, shorts, and experimental fare. With so much to choose from, we thought it would be helpful to pare things down a bit, to a few films you need on your radar for 2021’s festival!

Beyond The Infinite Two Minutes

Should your film be lucky enough to get compared to One Cut of the Dead, you’re probably going to get a lot of attention. Seemingly being advertised as the sci-fi cousin to that hit, Beyond The Infinite Two Minutes takes the one-take film and applies it to the world of time loops. Should that not be enough to convince you, there’s a 70-minute runtime on this film to seal the deal.

“Kato (Kazunori Tosa) is at a bit of a dead-end in life. He lives above the cafe he owns and feels that his life isn’t moving forward when, one day, his computer screen starts to talk to him. The twist? It’s Kato from two minutes in the future; the sullen cafe owner has somehow stumbled on a very limited time loop. As he draws in his friends and coworkers, they all try to make sense of the weird phenomenon while also inventing creative ways to profit from their two-minute insight into the future.”

In a relatively short period of time, Jim Cummings has become a director that every festival wants to snatch up. Thunder Road was a wrecking ball that announced a powerful new voice. The Wolf Of Snow Hollow continued his brand of humor while throwing in werewolves and bigger actors for good measure. The Beta Test looks to be Cummings’ most challenging work to date. Taking on Hollywood with a satirical view on events of the last few years means this is sure to be an uncomfortable time or a laugh riot. Knowing Cummings, it’ll be both.

“A married Hollywood agent receives a mysterious letter for an anonymous sexual encounter and becomes ensnared in a sinister world of lying, murder, infidelity and digital data”

As great as international film festivals are, they only reach their full potential when everyone is involved. Get all the countries you want to take part in, but if representation isn’t a component, then there’s still work to be done. Enter Don’t Say Its Name. A horror film that boasts loads of indigenous talent behind and in front of the came, is a stunning addition. The snowbound blood-spattering spirit out for vengeance doesn’t hurt either.

“The small, snow-covered Indigenous community is about to see an upturn. Mining company WEC has just made an agreement for drilling on this tribal land, and it’s looking like everyone will benefit – except the land itself. Local activist Kharis Redwater is one of those protesting the deal when her voice is silenced in a hit-and-run that remains unsolved. So as WEC begins their assault on the land, the land itself retaliates against WEC and all those who support it. But for local peace officer Mary Stonechild (Madison Walsh) and Park Ranger Stacey Cole (Sera-Lys McArthur), the answer to this mystery lies in the traditions of their people and the vengeance-filled spirits that have haunted the land for generations, about which the people know one rule: don’t say its name.”

When a new Takashi Miike film is part of the mix at a film festival, it automatically winds up on your list. No arguments about it. With his chaotic imaginative spirit and ability to blend genre’s Miike is a master who always commands attention. What makes this closing night selection even more exciting, is that it’s a bookend to his previous Great Yokai War film, which opened the festival in 2006! Who can argue with symmetry like that?

“Like many children his age, Kei learns to control his fears and constantly quarrels with his little brother Dai. One night, a strange creature comes to visit him, then a mysterious portal opens in his room. He is transported to the magical world of the Yokai, the gentle Japanese demons, each with an unusual shape and unique character traits. They tell him that a terrible war threatening their world will devastate downtown Tokyo in the form of the colossal Yokaiju.”

So this is where things technically cheat. We had to group these two films together, as Fantasia is showing them both. Kakegurui, if you haven’t fallen down the well yet, is a live-action adaptation of a manga, that was also an anime and a tv show. Both the movies are a direct continuation of the 2 season, 15 episode show. What makes the property interesting is that popularity and success at the central private academy aren’t good grades. It’s gambling. The better gambler you are, the higher your status is. All manner of insane hijinks ensure and the new sequel looks to be taking things in a dark direction!

“When a demented antagonist raises the stakes, our favorite characters are gambling with their lives in this new tale from Hyakkaoh Academy.”

No film festival is truly set until it has at least one film with a theatrical release in its lineup. It’s a right of passage. A chance for the film to garner some early buzz and for the attendees an opportunity to say they saw it first. It also helps when the film in question is directed by David Bruckner. He of The Signal, The Ritual, Southbound, and V/H/S fame. As well as that upcoming Hellraiser remake. Couple that with Rebecca Hall stuck in a potentially haunted house…what more could you possibly want?

“Reeling from the unexpected death of her husband, Beth (Rebecca Hall) is left alone in the lakeside home he built for her. She tries as best she can to keep it together – but then nightmares come. Disturbing visions of a presence in the house calling to her, beckoning her with a ghostly allure. Against the advice of her friends, she begins digging into her husband’s belongings, yearning for answers. What she finds are secrets both strange and disturbing – a mystery she’s determined to unravel.”

Every festival year there’s “that” film. The one that everyone can’t stop talking about. Usually, they’re divisive works that split fans down the middle but are worth all the chatter they drum up. Based on reports from a couple of other festivals, The Sadness is a film for 2021. Lauded as a nonstop assault, it deals with a pandemic outbreak in Taiwan that leads to bloody and disgusting results. Sign us up!

“In an alternate version of Taiwan, a rapidly spreading pandemic that the government has largely chosen to ignore suddenly mutates into a rabies-like affliction. The infected find themselves unable to control their id, acting on their every primal impulse. Limbs are torn, faces are peeled, everything becomes a weapon – or an orifice – and anything could happen. Anywhere. Everywhere. In the midst of escalating, city-wide ultra-violence, a young couple on opposite sides of town struggle to re-connect.”

Some films can grip you by title alone. Yakuza Princess is one such film. It has a couple of other factors going for it as well. Adapted from an acclaimed graphic novel. Set within a large Japanese community in Sao Paulo, Brazil. Along with featuring a co-starring performance by Jonathan Rhys Meyers. That has genre mashup written all over it and is exactly the mind of film you’d hope to catch at a film festival.

“Based on the acclaimed graphic novel “Samurai Shiro” by Danilo Beyruth and set in the expansive Japanese community of Sao Paulo, Brazil — the largest Japanese diaspora in the world — YAKUZA PRINCESS follows orphan Akemi (played by pop star MASUMI), who, upon turning 21, discovers that she is the heiress to half of Japan’s expansive Yakuza crime syndicate.”

That’s it! One small sampling of the great films on offer at this year’s Fantasia! Get ready for your faces to melt with the great options on offer as the Fantasia Internation Film Festival takes place from August 5 – 25!