It’s hard to believe that the shocking Season 7 premier of AMC’s The Walking Dead has already come around full circle to a tense season finale. The arrival of the iconic arch-villain Negan completely changed the landscape of the long-running show with the brutal murders of beloved heroes Glenn Rhee and Abraham Ford and saw the survivors completely cowed under the tyrant’s rule. The ensuing episodes have seen Rick Grimes and his family of survivors gradually regain their strength and courage to finally stand against the Saviors and their demented leader. Now the transformation is complete and the tense zombie drama has fully become a post-apocalyptic war story.

Between Alexandria, the Kingdom, the Sanctuary, the Hilltop, Oceanside, and even a literal junkyard full of savage warriors the plot of Season 7 has sprawled like the infamous kudzu plants of Georgia where the show is filmed. The finale – ominously titled The First Day of the Rest of Your Life – does a respectable job of braiding the various threads into a taut electrical wire that delivers the jolts that the story relies on. There’s a lot riding on this particular episode and the writers seem to understand it and all the questions that have built up are addressed with meticulous slowness. Can the Scavengers (and now Dwight, for that matter) be trusted? Will Sasha and Eugene survive their defection to the Saviors? Can the Kingdom make a difference and will Morgan return to their ideals or revert to savagery instead?

One thing that is not in question is the pure evil that is Negan (Jeffrey Dean Morgan) and although the sadistic megalomaniac has made some truly baffling decisions this season, he remains a force to be reckoned with all the same. Every scene with Morgan drips with tension and hatred just as it did in the premier and The First Day of the Rest of Your Life manages to escalate that intensity – something that fans of the character probably did not think possible. It is indisputable that Morgan continues to own the series as he has since his debut.

Integral to the episode’s plot is Sonequa Martin-Green’s portrayal of Sasha who may yet be the spoiler in Negan’s plans. In a series of flashbacks with her slain lover Abraham (Michael Cudlitz) we see her choose where she will stand in the war once and for all and serves a pivotal role in the struggle that follows. Cudlitz’s sorely-missed presence adds much-needed levity and joy to the grim proceedings and serves as a wonderful bookend to the season as a whole.

The season 7 finale is not without its flaws – Michonne’s overly long and improbable combat against a nameless mook stands out most egregiously. But some characters dealing with particularly heavy issues such as Morgan and Dwight get shorter shrift than it feels like they should. The episode pays off in a big way, though. Finally seeing Shiva in action is worth the wait all by itself.

The First Day of the Rest of Your Life feels shorter than it should and it doesn’t have nearly the tortuous ending that its season 6 predecessor did. It resolves the season’s overall story arc, but very much asserts that the satus quo established by this season will remain the status quo for some time to come: the war against the living has finally overtaken the battle against the dead. 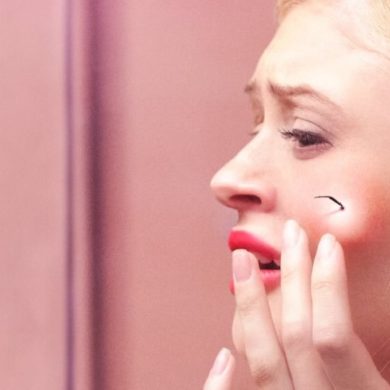