Andrés Muschietti‘s take on Stephen King’s ‘It’ smashed box office records over the weekend for an R-Rated horror film bringing in $123 million becoming the biggest horror opening ever.

Much has been made about the film from the new look of Pennywise to the graphic sex scene that was in the book but omitted from the film. Rightfully so. The tone that Muschietti was able to capture didn’t need a graphic sex scene involving children to get across the darkness surrounding the film. But that hasn’t stopped critics bringing it up and causing a bit of controversy. Stephen King found it intriguing that critics focus in on that particular aspect of the film and not the fact that a clown is kidnapping, mutilating and torturing children.

At the end of the day King says in the new featurette that is it all about good overcoming evil and the coming of age story that these kids experience. Check out the new clip below and let us know what you thought of the film in the comment section below. 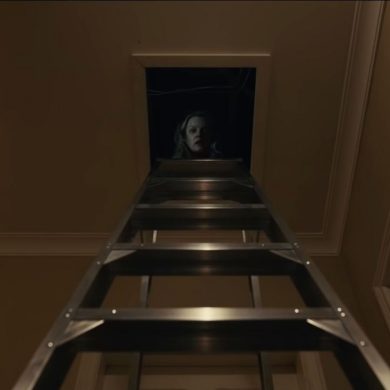 Contest: Enter For A Chance To Win 2 Tickets To An Advance Showing Of The Invisible Man In Kansas City