When translating Stephen King novels to the screen, it’s sometimes beneficial to use a medium that extends beyond the two-hour running time of an average movie.  However, the four-hour television miniseries hasn’t always proven to be the best way to do it.  Now Spike is attempting a 10-episode series based on The Mist.  Maybe this will be the magical formula.

Contradicting what I just wrote, Frank Darabont did a pretty good job with The Mist ten years ago in a 126-minute motion picture.  Does the length of the story really need to be multiplied by five?  We obviously don’t know yet, but the new trailer for Spike’s The Mist premiered earlier this week so the judging and predicting can begin.  Give it a watch… what do you think?

Spike’s official synopsis of the series is, “The Mist centers around a small town family that is torn apart by a brutal crime.  As they deal with the fallout, an eerie mist rolls in, suddenly cutting them off from the rest of the world and, in some cases, each other.  Family, friends and adversaries become strange bedfellows, battling the mysterious mist and its threats, fighting to maintain morality and sanity as the rules of society break down.”

That sounds familiar, but doesn’t mean it won’t be a compelling interpretation.  At first glance, it seems like some of the names have been changed to protect the innocent, so to speak.  For example, although Frances Conroy (Six Feet Under, American Horror Story) looks like she’s playing crazy lady, Mrs. Carmody (Marcia Gay Harden in the original), her character’s name is Natalie Raven and there’s no “Mrs. Carmody” found in the credits. 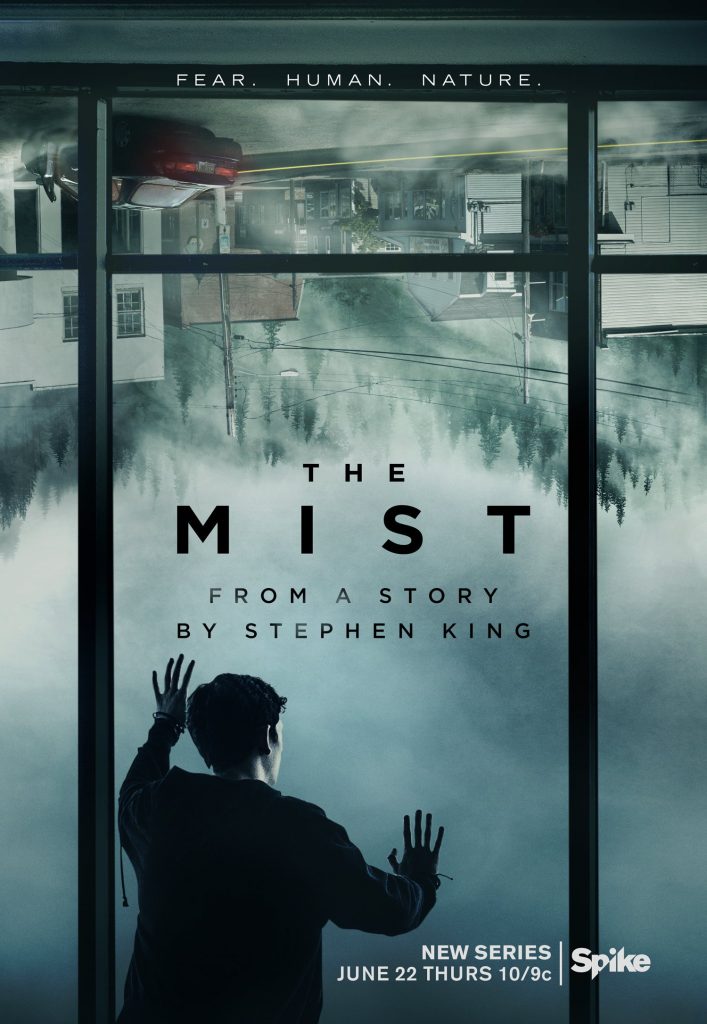