12 Sleep Paralysis Stories That Will Keep You Up At Night

Awhile ago we watched the documentary titled ‘The Nightmare’ for our Netflix and Chill podcast – and since then friends have been coming out of the woodwork to share their sleep paralysis stories with us. The doc was created by Rodney Ascher. His previous film, Room 237, shared some wild theories on Kubrick’s ‘The Shining’.  This time around with ‘The Nightmare’ he takes a frightening look at a condition that plagues thousands; the scariest place on earth, sleep paralysis. We hear several first hand accounts from people who have actually experienced it.

So we went to the interwebs looking for some of the most terrifying sleep paralysis stories on Reddit. Here are 12 real life, first-hand experiences shared by Reddit users. If you scare easily these stories may not be for you.

“I live in a fairly sized apartment. There’s a small hallway that enters into the living room. I have sheer curtains with a swag scarf valance (you’ll need the visual) separating the living room and hallway. The timing was around noon and my SO just stepped in the bathroom to take a shower. I lay down on the coach, just waiting while getting comfy and lazy. As I lay there, I started to hear ringing in my ears. Don’t know about you guys but that’s how sleep paralysis starts with me followed by the heaviness.

I try to yell for help but I can’t even open my mouth as I feel myself sinking into the couch, head first. As i’m trying to move my body, to no avail, I shift my eyes and see a little girl standing in front of me. She looked around the age of 6-7, her hands were behind her back and she was staring at me waiting for me to look at her. Something was telling me she wants my attention. Once I did, she started happily prancing in my living room, playing while humming a playful tune. She would occasionally look over her shoulder making sure i’m still paying attention to her. She wanted me to acknowledge her for some reason.

I tried to speak to question her but couldn’t. I continue trying to break free until I finally start to gain movement of my fingers. Not long till the rest of my body follows. She notices this and gets up from the floor where she was playing, casually walks on the wall on all fours and into the curtain valance cradling herself in it like a hammock. I now can see two very tall dark figures, one slightly taller than the other, staring at me through the sheer curtains right behind the girl. Where they are standing is right in front of the bathroom door. My partner opens the door for the bathroom and I snapped out of the sleep paralysis at the same time.

Now that i have regained full control of myself, the little girl and the figures are all gone. I don’t know who that girl was or what I saw that day. She looked very human and normal but the other two figures I can’t really say. That was the first and last time I saw her.”

IT WAS DEAD – HELP ME

“I woke up in our bedroom to my wife saying “help me, please help, please help” and I was paralyzed. I broke free and turned to her but she was sleeping softly, and then I saw it. When I turned my head back between us over the bed a shadow had appeared, and out of it sharp black hands stretched out and and a…head that was grey/white (it was DEAD, I’m more sure of that than anything I’ve ever written..It felt dead to me)…and there was black shadow-like smoke, like a veil, that was rustling over it like…it was trapped under it. All of a sudden it was F@#$ing ANGRY and… right at me. It started choking me, and I started to writhe and kick and moan and finally after 5 seconds of utter terror my wife kneed me in the thigh and I REALLY woke up. She said I was making weird noises. I probably was, I don’t doubt that at all. I asked her if she was ok and told her sorry, and that it was a waking dream. She went back to sleep and I’ve been up ever since.” 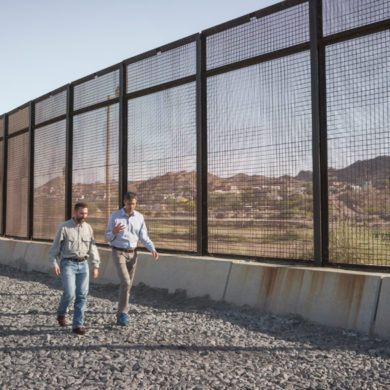