There are volumes of film criticism about the zombie film genre written by brains that work much more efficiently and clearly than my own. The basic consensus among those critiques, and the brains who wrote them, is that what makes a great zombie film is not zombies. In actuality, a great zombie film shouldn’t allow the titular monsters to rise above anything beyond macguffin. The zombie invasion, and the apocalyptic fallout that results, is nothing but a canvas that facilitates more complex social and economic issues to be explored in a noticeably palatable way. A film about class struggle or racism can be a real downer. A film about flesh-eating monsters that happens to allude to the separation of class and race can be a damn good time. Train to Busan, the new film by Sang-ho Yeon, is the kind of zombie movie that the film criticism brain trust has praised. It is the kind of film that gives you tension, gives you blood-thirsty monsters, gives you a damn good time, and also gives you a serious case of social and economic introspection.

The shocking thing about Train to Busan is not that it manages to be a successful zombie film with a powerful thematic message, it is that the message delivered is so damagingly prescient for current events. Considering the long timeline of film production and distribution, the fact that this film so aptly captures the current social movement of exclusion at the cost of humanity is as impressive as it is uncanny.

The film follows a fund manager and his daughter. He is a self-centric, greedy, and inattentive. His daughter, on the other hand, is full of kindness and compassion. Hurt by her father’s seeming disinterest in her, she begs to visit her mother in Busan. He finally agrees and they decide to take a brief and completely uneventful train ride. From here, the audience can guess what happens. And they’ll be right, beat for beat this is a zombie film that follows a very strict formula of zombie events. What makes Train to Busan so special, though, is that the journey the father and daughter endure is not so much about physical survival as it is about emotional growth. 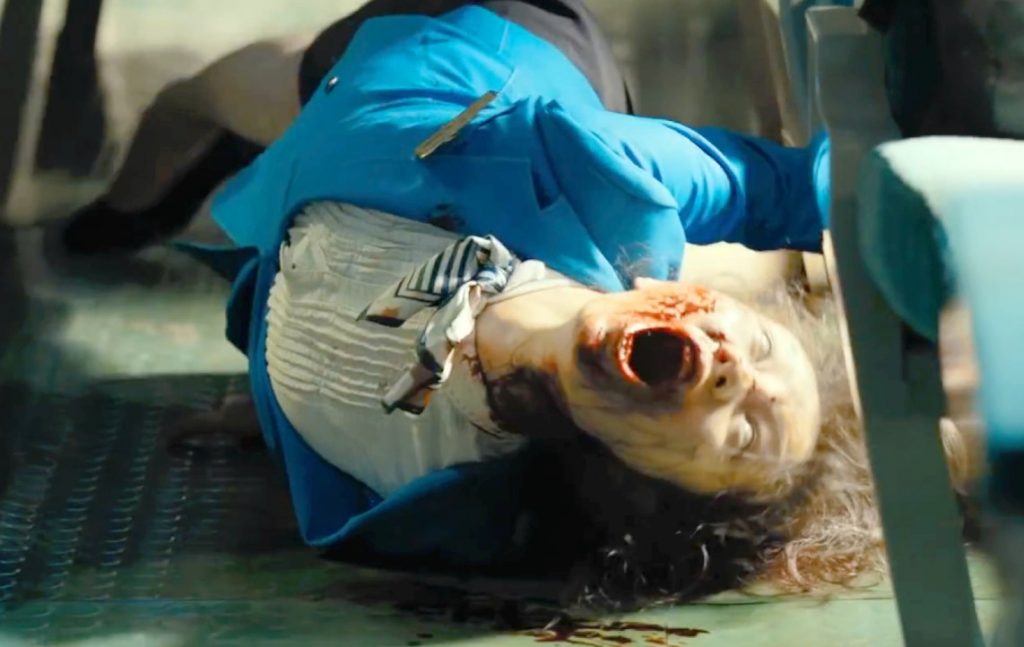 Through the characters and obstacles our protagonists encounter, it becomes pretty clear what this film is actually about. It is about the devolution of human kindness and compassion, about the social phenomenon of seeing outside groups as “the other”. When faced with disaster it becomes clear that class, financial or otherwise, creates real roadblocks to equality. There is, perhaps, a no more prophetic film about the ideology of “the threat of the other” and how that fear is used and manipulated by those in control than Train to Busan.

On a brighter note, however, Train to Busan also demonstrated the beauty of humanity and the compassion that is innate within it. Throughout the running time of the film, we are both confronted by the ugliness of humanity and comforted with the love, selflessness, and empathy that successfully combats it. 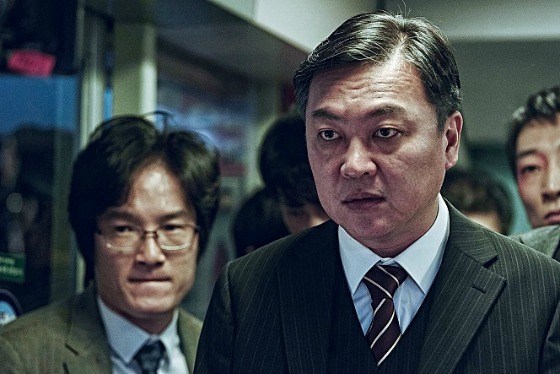 So, as in the case with all of the great zombie films that have come before, Train to Busan is not about the zombies. It is about the horde of selfishness and coldness that can run rampant in our society if unchecked. It is also about the importance of combatting that horde with solicitude and empathy. The fact that the film so seamlessly and entertainingly introduces these hefty social messages is what makes Train to Busan not just a great zombie film, but a great film period.