Review: Patience Tested in Twin Peaks Hour 5, But Let’s Not Lose It

If the fifth hour of Showtime’s Twin Peaks revival is any indication, I think the series is best consumed in two hour increments.  With a standalone hour, the pace seems slower and less seems to happen.  Even though events continue to unfold, you realize that not much time has passed between the beginning of the show and now.  While you expect things to move slowly with a David Lynch project, you become more impatient with it when watching only one hour at a time.

It’s not that I’m disappointed that last week’s cliffhanger was ignored.  I don’t expect fast answers and I didn’t think we’d learn the identity of the woman whom Gordon Cole (Lynch) and Albert Rosenfeld (Miguel Ferrer) want to examine Bad Cooper (Kyle MacLachlan).  However, another cliffhanger is dropped mid-hour and the story returns to one that I had already forgotten.  This is all to say that in smaller chunks, Twin Peaks seems more uneven with less purpose.

It’s not as simple as saying that a plot point such as Agent Cooper’s return to the real world is stretching out too long.  I understand how you might feel that way, but I’ve been cherishing every hilarious detail of his confused re-entry.  My frustration lies with the suspense of everyone else figuring out it’s him.  The previously mentioned cliffhanger occurs when the prostitute we met when introduced to Dougie finds the key to a room at the Great Northern Hotel in her car and drops it into a mailbox.

It’s one more clue for other characters to learn he’s returned, and takes us a step closer to straightening out all the cases of mistaken identity that are prominent in the overall story.  We don’t need the clues, though; the characters do.  It’s frustrating for them not to have them.  While this is a great formula for an exciting movie or television series, it’s easy to lose patience when extended so far.  I haven’t lost patience yet, but hour five brings the possibility. 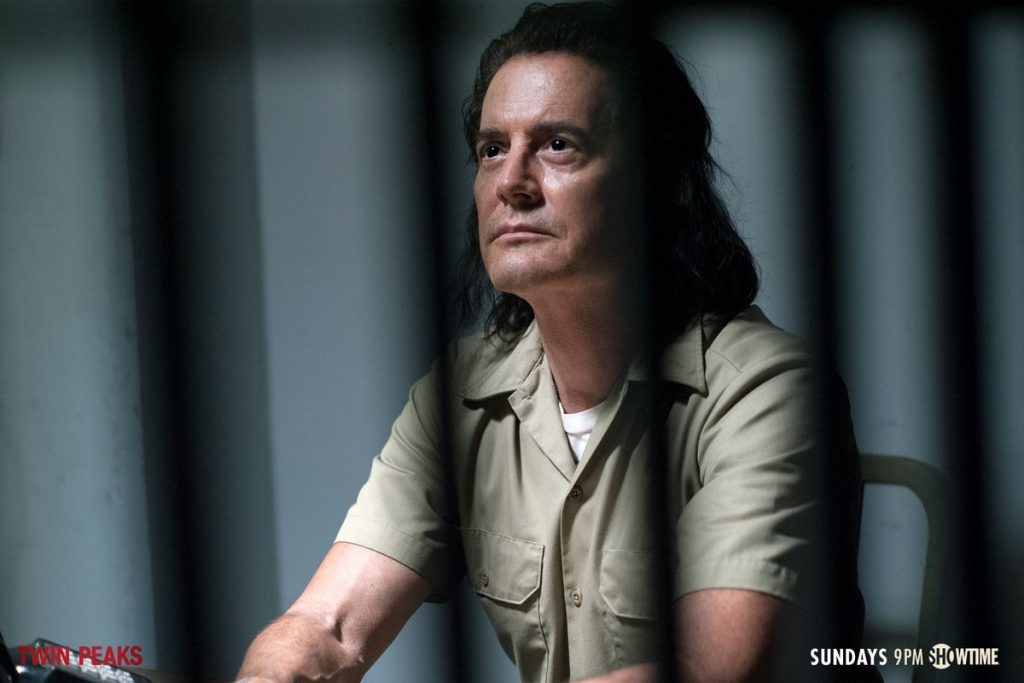 Much of the hour is spent with Agent Cooper in the office of Lucky 7 Insurance.  His co-workers acknowledge that Dougie is acting strange, but no one seems terribly alarmed by it.  They’ve apparently covered for him before when he’s gone on benders.  While he’s at work, two different carloads of thugs drive by his car in the prostitute’s driveway, hoping to complete their assassination attempts.  This backfires for the group in the black car, with involvement from the little boy across the street and his druggie mother.

A woman in Vegas previous expressed her dissatisfaction in the failure to eliminate Dougie and sent a Blackberry message to a small black box located in, we learn at the end of the episode, Buenos Aires.  The message causes two red lights to blink, then the box to transform into a small silver sphere.  Meanwhile, with no one directing him where to go, Cooper stands in front of his building staring at a statue.  We’ve learned two things about him: he loves coffee and the word “agent” is familiar to him.

As with each previous hour, there’s a point where I thought, “Oh, yeah, there is an unsolved murder in the show.”  Here, it occurs during one scene where one clue to what happened is discovered.  This time, Constance Talbot (Jane Adams) finds a ring in the decapitated man’s stomach.  Interestingly, the ring is inscribed to Dougie from Jane.  Dougie’s wife, played by Naomi Watts, is named Janey-E Jones, a fact we learn only from watching the cast members during the end credits.

As with each previous hour, we also get a few brief scenes in Twin Peaks itself, with a mix of new characters and familiar.  New is Steven (Caleb Landry Jones), loser boyfriend of Becky (Amanda Seyfired), who may be Shelley’s (Madchen Amick) daughter.  Shelley gives her money, much to Norma’s (Peggy Lipton) disappointment.  She tells her, “If you don’t help her now, it’s going to be harder to help her later.”  Shelley then makes a comment that this is something they should both know, as if their experience has taught them a lesson. 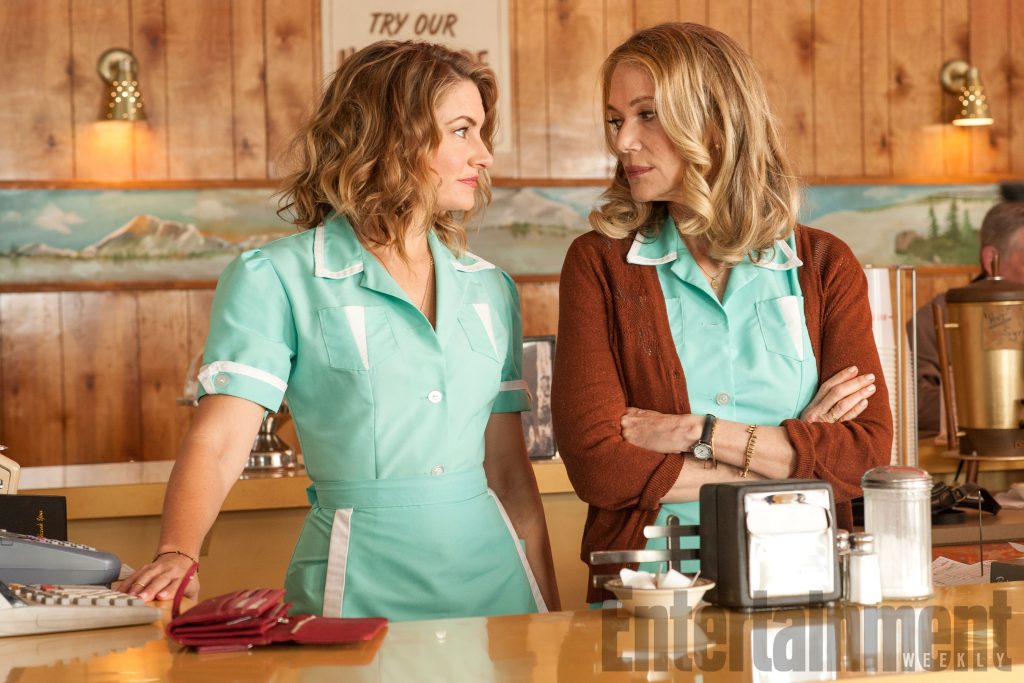 We then meet Sheriff Truman’s (Robert Forster) wife, Doris (Candy Clark), a real bitch of a woman who yells at him about, among other things, a leaky pipe and black mold.  He asks her if she’s thought about using a bigger bucket.  She then goes on a tirade about how she is authorized to spend money on a bucket they’ll never use again, but not to spend money on the rug she really wants.  “It’s not fair!”  When he sits silently, she tells him, “You’re impossible.”

With the familiar characters, we learn what Dr. Jacobi (Russ Tamblyn) is doing with his golden shovels.  From his trailer, he broadcasts a video/advertisement.  Ranting about global corporate conspiracies and cosmic flashlights, he quotes Pete Seeger (“I’ve got aa hammer”) and encourages his audience to “shovel your way out of the shit”… for only $29.99 plus shipping.  Watching this broadcast is a bearded man in a car and Nadine Hurley (Wendy Robie) at home.

We also learn a couple more facts about the overall mythology of the Twin Peaks revival.  First, as Bad Cooper looks in a mirror, he experiences flashbacks of Bob.  Afterwards, he says, “You’re still with me.  That’s good.”  Second, a woman named Cindy tells a colonel named Davis (Ernie Hudson) that they got another hit on Major Briggs’s fingerprints, the sixteenth such hit.  Doubting their authenticity, Davis nevertheless says they must alert the FBI and sends her to Buckhorn to investigate

Well, maybe more happened in this hour than I originally thought.  I don’t want to become impatient with Twin Peaks.  Any threat of doing so is probably due to a decrease in attention span since 1990 when the original series aired rather that a decrease in Lynch’s storytelling ability.  We should all acknowledge this fact and appreciate the deliberate pace.  I’m going to trust Lynch that he will ultimately reward us for doing so.