It’s always a pleasant experience at the theater when we get treated to a horror movie that isn’t filled with the usual clichés. The jump scares that are so choreographed you want to scream out at the soon-to-be victim and ask if they ever watch TV. And while Get Out doesn’t escape without at least falling into the cliché trap a few times, it does offer up a pleasant break from the usual low-budget and overly predictable reboots we seem to get with great regularity.

Daniel Kaluuya (Sicario and the upcoming Black Panther) is Chris Washington, an African American photographer who is dating Rose Armitage (Allison Williams, Girls), a white girl who is ready to introduce him to the parents over a weekend in the country. Daniel is bracing himself for what he anticipates is the usual judgmental white parents but Rose assures him they are not like that. Leaving his dog to be cared for by his friend Rod (hilariously played by LilRel Howrey, The Carmichael Show), Daniel leaves for the weekend. Everything seems normal at first with Rose’s parents being very welcoming indeed but he keeps getting a weird vibe from their African American housekeeper and handyman. Rose’s brother Jeremy (Caleb Landry Jones, X-Men: First Class) also seems a little unhinged and when they host a gathering of old family friends, things take a definite turn. 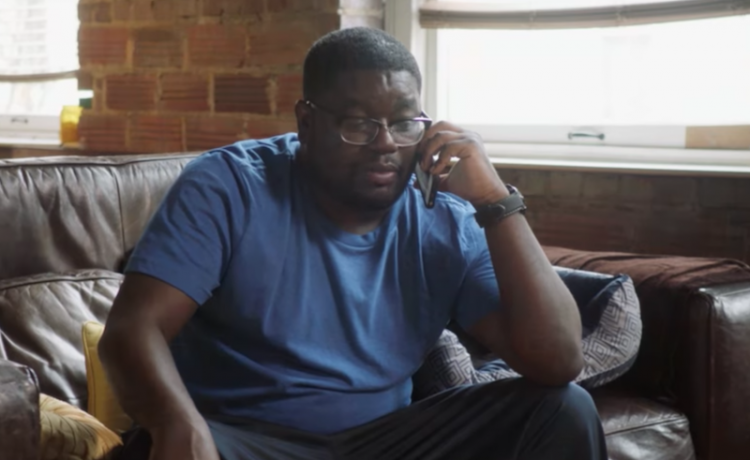 The opening moments of Get Out set the stage for a contrast between the urban life Daniel has lived in and the strange countryside setting he walks into. We witness an apparent kidnapping or murder of a man by a masked assailant while the incredibly creepy song Run, Rabbit, Run plays on the car radio. Not an odd choice considering the producer’s credits include Insidious (remember Tiptoe Through the Tulips?). Then we’re treated with what can be described as an eerie redneck version of The Omen theme before the music switches again to a contemporary urban tune. A great mix of music that foreshadows the mixing of old and new we slowly discover as the movie progresses.

Daniel Kaluuya turns in a great performance as a man who anticipates the worst but has no idea of the horrors that await him. I look forward to seeing what this young actor does in the future, particularly the upcoming Black Panther. LilRel Howrey is hilarious as friend Rod with some very R-rated thoughts on the strange events. His antics break the tension in the film, which while incredibly funny almost work too well. You begin to wonder if you’re watching a horror film or a comedy. Jordan Peele (Key and Peele) is impressive in his first outing as a director. However, his comedic background does hinder Get Out to a degree, leaving the viewer laughing perhaps too much in what is supposed to be a horrific situation. It’s an odd mix that leans too heavily on comedy at times.

The supporting cast is odd and unique, which enhances the surroundings of this unusual weekend. Catherine Keener is particularly good as Rose’s mother Missy. The sexiness she displays is laced with hidden intentions and works to her advantage in the manipulative game we learn she is playing. Make sure you pay close attention to details early on as they give clues to the eventual twist later on. Unfortunately, that twist is one of the weaker elements of the film. The viewer is left with few details and explanations, so you’re going to have to buy into the how and what of the storyline at the end. What is a good story for the first two-thirds does unravel a little towards the final act. It doesn’t detract from the overall enjoyment, but you’re going to have to suspend your belief just a little.

Get Out is a nice break from the usual horror fair with a good and talented cast supported by a good story. Sure, there are some standard horror clichés but not enough to bore you. Get Out is well-worth a visit to your local theater.