The 1980’s was the decade of the my youth, sprinkled with Transformers, G.I. Joe, ThunderCats, and Voltron. Amidst all the cartoonery resided a big budget film, with high aspirations and larger-than-life actors that gave me a glimpse of what 107-minutes of pure kick ass could look like. Thanks to an older brother who was able to legally attend rated-R films and who liked to take his youngest brother with, 8 year old me was treated to the movie that would become easily the film that I hold closest to my heart. Of course, I am talking about John McTiernan’s Predator.

Granted Schwarzenegger was great. Add Carl Weathers and Jesse Ventura and the movie overflows with machismo. Bill Duke proved to be the coolest mercenary of the unit. Hidden in the background was the booming laugh and piercing gaze of Billy Sole, played by the intimidating Sonny Landham, who passed away today at the age of 76 due to congestive heart failure.

Landham played a tracker who ultimately meets his demise late in the film at the hands of the titular monster.

In addition to his epic role in Predator, Landham added movies such as 48 Hours, The Warriors, and Action Jackson. In 1996, Landham directed his first film, Billy Lone Bear.

Thanks for adding a level of threatening awesome to all the films you were in Mr. Landham but more so for giving Hawkins a reason to keep telling his dirty jokes. 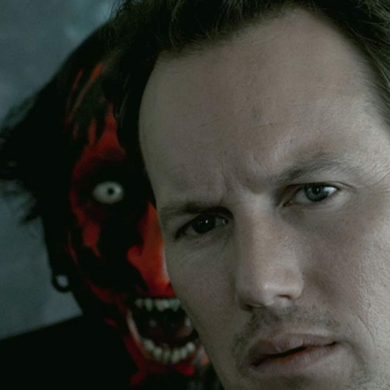