As the world mourns the passing of the legendary filmmaker, George A. Romero, a lot of people will be watching and re-watching the “Living Dead” trilogy (Night, Dawn and Day) and/or Creepshow… rightfully so.  As influential as he was in the birth of the zombie subgenre, though, I hope people remember his other contributions to independent cinema, films like The Crazies (1973), Martin (1978) and Knightriders (1981).  They weren’t his biggest movies when they were originally released and they’re not as well-known now; however, each one is just as important as the others to discuss when we’re celebrating his career.

I recently re-watched Martin while preparing for the Nightmare Junkhead podcast’s March Madness episode for 1977, on which my podcasting partner, Richard Chamberlain, and I were guests.  I say “re-watched,” but it was like I had never seen it before.  It may sound hyperbolic to say it was “a revelation,” but that’s exactly what it was.  The movie connected with me in a way it could only with a seasoned moviegoer and critic, instead of a young, doe-eyed horror fan watching it simply because he felt like he had to, because George A. Romero wrote and directed it.  Supposedly a personal favorite of Romero, it’s without a doubt my favorite of his movies.

To say Martin (John Amplas) has “issues” would be an understatement. As he breaks into a young woman’s compartment on a train to Pittsburgh to eventually murder her, he has romantic visions that he’s playing the lead role in a black-and-white vampire movie.  He throws her on the bed and pleads, “I just want you to go to sleep.  Please.”  It’s a long, visually detailed scene.  He injects her with a sedative (“I’m always careful with the needle so it doesn’t hurt”) then undresses both himself and his unconscious victim.  He kisses her, has sex with her, then slices her arm with a razor blade and drinks her blood.

On the surface, the question is if Martin is actually a vampire. However, I say that is irrelevant to the story.  It’s more psychologically complicated than that and I relate to the character as someone who is just deeply conflicted about his human existence.  You may see him as a villain because he believes he’s a monster, but his grandfather, Cuda (Lincoln Maazel), is as guilty, if not more so, for perpetuating that belief.  He greets Martin at the train station by saying, “Nosferatu!  Vampire! First I will save your soul, then I will destroy you.”  Garlic hangs on the doors to each room in his house and he warns Martin not to “take a single person from this city.”

The catalyst for possible change in Martin appears in the form of lonely housewife, Mrs. Santini (Elayne Nadeau). He first turns down her advances, but then discovers a bond with her.  At the same time, he begins phoning a radio station to seek advice about women, as well as to correct the public perception of what he believes a true vampire to be.  Throughout this part of the movie, Martin does seem to become more human.  It’s heartbreaking how sad and lonely he is, struggling desperately to connect with another human being.  This is demonstrated by his “normal” sexual relationship with Mrs. Santini, opposed to his “deviant,” murderous behavior.

This is also demonstrated by a quote from the movie. “When I see people together, they don’t talk.  Not really.  They don’t say what they mean.  Then they… they have the other… the sexy stuff, whenever they want.  I’ve been much too shy to ever do the sexy stuff.  I mean, do it with someone who’s awake.  Someday maybe I’ll get to do it… awake… without the blood part. Just do it with somebody. Then be together and talk all night.”  He wants a healthy relationship, but the fact that he’s a psychopath prevents it.  He blames it on being shy, but seems to believe if he could really connect with someone… anyone… the good would replace the evil. 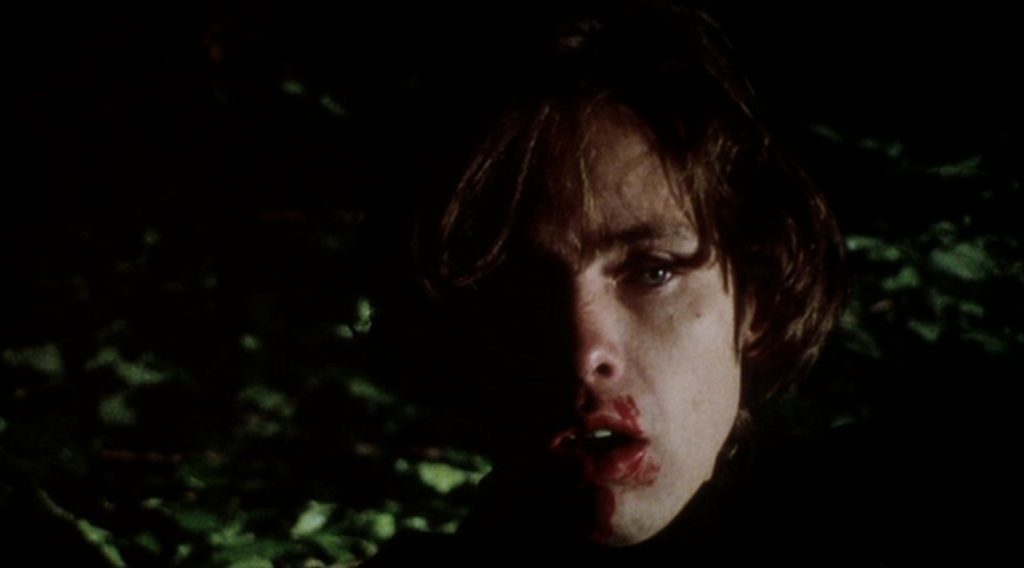 This is the psychology of Martin, the character, and Martin, the movie.  If it’s not disturbing enough, the dirty, gritty, backdrop of the mid-1970s adds an additional layer of general discomfort to the atmosphere.  It’s Romero’s most intimate movie, digging deep into the nature of relationships and the complications of sex.  It’s not fancy or particularly stylish, but it’s honest and brutal.  It makes you feel uncomfortable watching the events that occur, like you’re seeing something you shouldn’t be seeing.  It makes you feel sorry for the character and uneasy about the situation.  It makes you feel… period.

From some accounts, this is the movie that saved the career of George A. Romero. Following the failure of his two previous movies, he was on the verge of bankruptcy.  Rather than betray the friends who had financed him thus far, he persevered with Martin and made enough money to pay them back.  Just think, without Martin, there may not have been a Dawn of the Dead, a Creepshow, or a Day of the Dead.  This was also the director’s first collaboration with makeup magician Tom Savini.  What would have become of his career had he not worked with Romero?  It’s a significant movie, not only in its artistry, but in its legacy.

While promoting the movie Monkey Shines (1988), which he wrote and directed, Romero said, “I’ve been criticized the most for not writing good-guy/bad-guy characters.  But my people aren’t clear-cut because real people aren’t clear-cut. They’re usually very gray, very ambiguous.”  He may as well have been talking about Martin; or, for that matter, almost any of his movies.  The iconic “Living Dead” trilogy of movies are simply the most obvious to discuss when we celebrate Romero.  Let’s not forget, though, his other films which reflect the consistent vision of a great filmmaker who could always pour a little humanity into buckets of gore.

‘Halloween’ Stalks Its Way Into Your Day With A New Trailer