Universal’s announced a few months ago that it was bringing back their classic monsters and last week we saw our first look at Tom Cruise on the set. 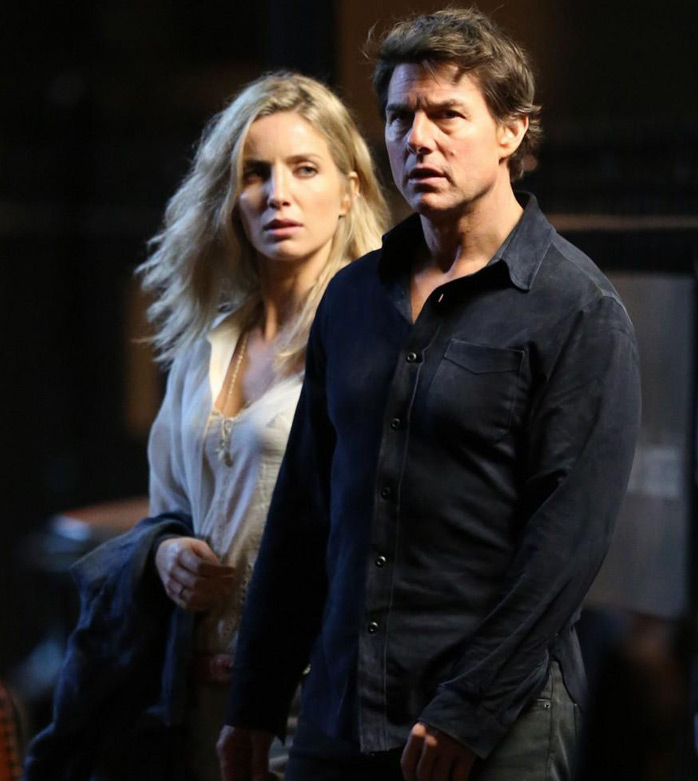 Now we have our first glimpse of Sofia Boutella, playing the Mummy! Check out the photos below courtesy of Just Jared.

The Mummy is set for a June 2017 release, and is being directed by Alex Kurtzman, who co-wrote the first two Star Trek movies in the current reboot series. Russell Crowe is set to make an appearance as Dr Jekyll, and is expected to then reprise the role in a Jeykll and Hyde film.

Johnny Depp is taking on the role of The Invisible Man. Dwayne Johnson said he is willing to get shaggy to play the Wolfman. Nothing has been confirmed just yet, however Universal has scheduled further films in the series for April 2018 and February 2019.

Russel Crowe spoke about working with Alex Kurtzman on The Mummy with Collider and had this to say;

“He knows how to get something from an idea on the page onto a sound stage and into a camera…Sure, I would imagine he’s scared sh*tless right about now, and having a hard time sleeping because he’s got ten million things on his mind right now. But when we started talking about this idea, there were a few things I put up in the air and he picked up on them.
Those kinds of creative collaborative conversations, if somebody says something that goes off in your mind and that other person bounces off of that, you’re actually in a really good place.”