Does Dr. Jekyll Featurette Leave No Surprises for The Mummy?

In a new SyFy Wire sneak peek for The Mummy called, “First Look at Dr. Jekyll and Mr. Hyde,” Russell Crowe’s character tells Nick Morton (Tom Cruise), “You have no idea what you’ve unleashed.”  After watching the video, I’m tempted to say the same thing to the upcoming movie’s director (Alex Kurtzman), producer (Sean Daniel) and production designer (Jon Hutman), all of whom appear in the sneak peek, available on YouTube.

If you’ve wondered how the controversial launch of a shared cinematic universe based on the classic Universal Monsters is going to be managed, this video leaves little to be discovered for its first movie’s June 9 release. Alternating between the comments of its creators and actual dialogue from The Mummy, the two and a half-minute featurette indicates that the glue binding the universe together (and allowing monsters from different eras to exist in the same time), is Prodigium, an organization hiding in plain sight and run by none other than Dr. Henry Jekyll, played by Crowe.

As the filmmakers explain that Prodigium is “an organization that pinpoints evil and tries to neutralize it,” Jekyll elaborates, “We recognize, examine, contain, destroy… evil.” We’ve been led to believe this is the case through previous articles and interviews publicizing The Mummy; however, it’s a little disappointing to have it spelled out here, seemingly leaving no surprises for the actual movie itself.

I like the concept, especially as the filmmakers tell us that Dr. Jekyll has a clear understanding of evil and their character says, “It takes a monster to defeat a monster.” We see Morton/Cruise walking between aisles of artifacts and weapons, including a jar that contains what appears to be a vampire’s skull.  However, no potentially clever storytelling device like this can overcome the queasy feeling I get when a giant face made of sand swoops over a city, indicating that, as feared, this The Mummy is more Brendan Fraser than Boris Karloff, Christopher Lee, or… even Tom Cruise. 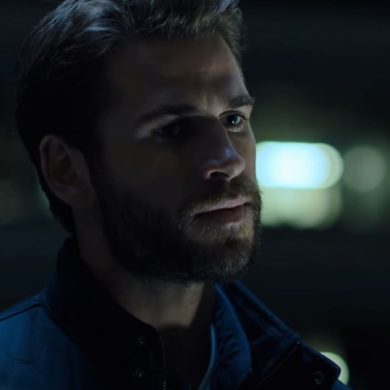