“A true classic, never goes out of style…” That’s right our beloved red-headed problem child is back and still vowing to be our friend ’till the end. Universal Studios debuted a teaser trailer for the next installment of the Child’s Play franchise with “Cult of Chucky.” While the teaser doesn’t offer much expect a trip down memory lane the synopsis fills in the gaps. According to the synopsis our Good Guy doll got away with murder once again and pinned it on Nica (Fiona Dourif) from the last Child’s Play film, Curse of Chucky. When the franchise re-immerged in 2013 it took back the mean streak it lost in previous sequels. It looks like it will tap back into some of the silliness that we saw in Bride of Chucky.

It also appears Fiona Dourif (Brad Dourif, voice of Chucky’s daughter) will also be coming back to the franchise. Child’s Play fans can also rejoice as Alex Vincent aka Andy Barclay will have a role in the new film. For more details check out the official synopsis below along with a teaser trailer and poster.

SYNOPSIS:
Confined to an asylum for the criminally insane for the past four years, Nica Pierce (Fiona Dourif) is erroneously convinced that she, not Chucky, murdered her entire family. But when her psychiatrist introduces a new therapeutic “tool” to facilitate his patients’ group sessions — an all-too-familiar “Good Guy” doll with an innocently smiling face — a string of grisly deaths begins to plague the asylum, and Nica starts to wonder if maybe she isn’t crazy after all. Andy Barclay (Alex Vincent), Chucky’s now-grown-up nemesis from the original Child’s Play, races to Nica’s aid. But to save her he’ll have to get past Tiffany (Oscar®-nominee Jennifer Tilly), Chucky’s long-ago bride, who will do anything, no matter how deadly or depraved, to help her beloved devil doll. 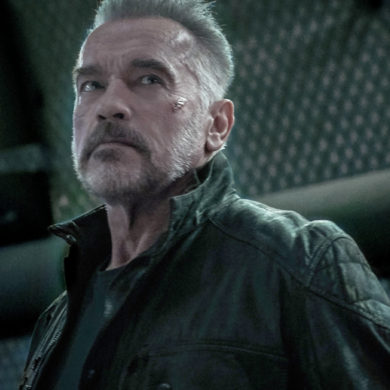