The Case of R. Doe – The True Story Behind ‘The Exorcist’

William Peter Blatty’s 1971 novel “The Exorcist” and the film franchise which it spawned are without a doubt cornerstones of the horror genre in the modern age. It’s a simple story, really: that of an innocent child possessed by a horrific demon and the wise priest who comes to do battle against it. But according to Christian lore, a demon which has been cast out can return, more powerful than before. Eerily, The Exorcist franchise follows this exact pattern. The hit 1973 film spawned various sequels and prequels and now the Fox Network is calling upon the hordes of Hell again with the September 2016 debut of The Exorcist the television series.

Fox has put a lot of effort and money into this. The trailers looks sleek and promise unsettling visual effects, and an actress like Geena Davis could not have come cheaply. The Exorcist has spawned an entire sub-genre of exorcism-related horror films that pit (typically Catholic) men of faith against possessed victims who spew obscenities and body horror in equal amounts. It’s a trend that’s still going strong, even as Christianity – and Catholicism in particular – dwindle in real life. It is no surprise that the franchise has returned once again to reap the fruit of its own success.

So what is The Exorcist’s secret to success? All great stories have a grain of truth in them, and The Exorcist is a great story indeed. These days it’s easy to slap the words “based on true events” over a movie trailer and call it good while hoping the audience won’t dig too deep into the disappointing reality. But Blatty’s novel was never merely “inspired by” anything. The Exoricst was a cosmetically-altered retelling of a true story from the life of a mysterious young boy known under the false name of Roland Doe.

There is no doubt that Roland Doe existed and an exorcism was performed on him. The account can be found in Thomas B. Allen’s book Possessed: The True Story of an Exorcism, for which Allen interviewed one of the priests who took part in the encounter. Contemporary news paper accounts of the ordeal still exist. At one point in Doe’s treatment he was moved to St. Louis University and the Missouri-based university even has a short FAQ page describing their relationship to the case based off Allen’s account.

The story begins in 1949 with the teenage son of a Cottage City, Maryland family receiving a Ouija board as a gift from his aunt. Things immediately got spooky when the boy’s aunt mysteriously died soon afterward. From there the family’s home was beset by every supernatural manifestation in the book: odd sounds from empty rooms, banging on the walls, objects moving on their own. The boy seemed to be the center of this poltergeist activity. The family’s Lutheran pastor was brought in to make sense of the boy’s situation, but quickly realized he was out of his depth and advised that the family contact the Catholic church.

Enter Father Edward Hughes, the priest who would oversee the young man’s spiritual care for the next month.  Allegedly the boy levitated in Hughes’ presence when exposed to a Bible and when asked who he was, Roland Doe responded with the biblical demonic battle cry “I am Legions!” Hughes took the situation seriously, calling in a team of priests and institutionalizing Doe first at Georgetown University and later at the aforementioned St. Louis University. The spiritual battles that raged for the next month would see Doe exhibiting superhuman strength, grappling grown men and hurling them through the air. At one point he even managed to tear a spring out of his mattress and use it to slice open Father Hughes’ arm. Inexplicable scratches appeared on the boy’s flesh and even welts that seemed to form words like “hell” and “evil.” In desperation, the priests decided to baptize Doe and give him Communion against the will of the beings supposedly inhabiting him.

At First these holy rites seemed to have no effect and only emboldened the demonic horde. All through his experience Doe had spoken in Latin – a language he did not know – and spoken in deep, growling voices. A few days after the baptism and Communion, however, Doe abruptly spoke in a new, powerful voice. This voice proclaimed itself to be the Archangel Michael, which commanded the demons inhabiting the young man to flee. After this climactic moment, Doe’s condition improved. Claiming to have no memory of the weeks during which he was possessed, he went on to live a normal life with no further paranormal events ever reported.

There are a few key differences between the R. Doe case and The Exorcist book and films. The boy Roland became a girl, Reagan, and the film’s spinning head and projectile vomiting never happened. Other than that, however, many authentic details from the case are supposedly faithfully portrayed in the fictionalized account.

Naturally, skepticism runs wild regarding the whole encounter. The priest whom Allen interviewed, one Father Halloran, stated in the book that he no longer felt convinced that anything supernatural had happened. Skeptics have claimed that many of the more outrageous tales of Doe’s abilities while possessed were either exaggerated or not adequately investigated or fact-checked. Of the things that could be verified, such as the injuries upon Doe’s skin, all plausibly could have been done by Doe himself when no one was looking and not enough examination was done to see if this might have been the case.

Perhaps the world will never really know who Roland Doe really was and what really happened to him. It’s difficult to sort out the truth when the seed of belief in the occult has kept a powerhouse entertainment franchise moving along for over forty years. Writing extensively on the case for Strange Magazine author Mark Opsasnick sums up the problems with the R. Doe situation very well:

“To psychiatrists, Rob Doe suffered from mental illness. To priests this was a case of demonic possession. To writers and film/video producers this was a great story to exploit for profit. Those involved saw what they were trained to see. Each purported to look at the facts but just the opposite was true — in actuality they manipulated the facts and emphasized information that fit their own agendas.”

The Exorcist’s past is shrouded in doubt, but it’s future is as clear as ever. Demons can be cast out but Hollywood never lets a good idea go. Enjoy the trailer for story’s latest iteration below before catching up with it in a weekly format on Fox: 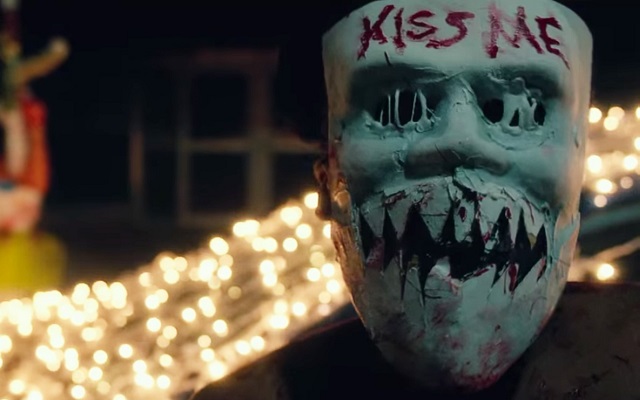