CLOSED: Enter for a Chance to Win the HBO Series ‘The Deuce’ on Blu-Ray 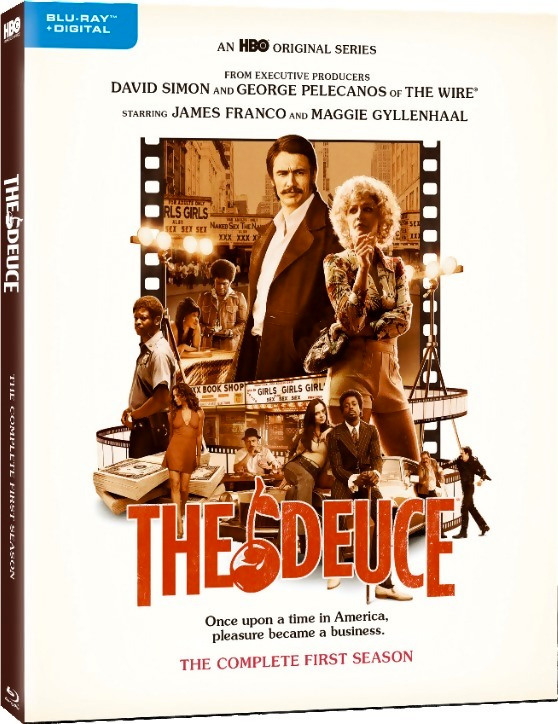 The Deuce in Focus
– Delve inside The Deuce with Michelle MacLaren, James Franco  and Roxann Dawson as they talk about bringing the show to life.

SYNOPSIS:
Catch  up on  the  show  that The  Wall  Street  Journal calls “ a  spectacularly appealing enterprise,” when The Deuce is available for Digital Download on November 27, 2017 and on Blu-RayTM and DVD February 13, 2018.

This eight-episode  series,  which  has  a  93%  Certified  Fresh  rating  from Rotten  Tomatoes,is  “Vibrant…relentlessly interesting.” (The New York Times). The DVD and Blu-RayTM include exciting bonus content including exclusive audio commentaries from  the  cast and  crew,  including James Franco (Oscar® nominee  for 127  Hours),  Maggie  Gyllenhaal (Oscar® nominee for Crazy Heart), and David Simon (The Wire, Treme, Show Me a Hero), cast interviews on this unique period in history, and more. The Blu-rayTM and DVD release also include a free Digital Download copy.