When you think of big time commercial directors, Richard Linklater isn’t the first name that pops into mind. That’s not to say he’s a bad director, that’s far from the case, he just doesn’t squarely fit into that field. Linklater has dabbled in the mainstream before, with mixed (Bad News Bears, School of Rock) results. His last film, Last Flag Flying felt like a melding of his indie and studio driven sensibilities. If the first trailer for Where’d You Go Bernadette is any indication though, Linklater might be continuing down that road.

Having not read the novel by Maria Semple before, it’s a little hard to suss out the tone of the film, based on this trailer. Is it a mystery? A comedy? A dramedy? Linklater’s had success with the later before, primarily in Bernie. Meaning he wouldn’t exactly be to out of water tackling similar subject matter. At the same time, this feels less like his voice here and more so that of Cameron Crowe. Which is to say, a second trailer may clear things up a bit. A quick internet search shows the book was on the New York Times bestseller’s list. For a year! So, there’s a chance maybe one of our kind readers can clue us in on the right tone, in the comments.

Here’s the official synopsis, if you couldn’t view the video, or like us, haven’t cracked open a book in a bit:

“Where’d You Go, Bernadette is based on the runaway bestseller about Bernadette Fox, a Seattle woman who had it all – a loving husband and a brilliant daughter. When she unexpectedly disappears, her family sets off on an exciting adventure to solve the mystery of where she might have gone.”

For a film that’s supposedly about Bernadette’s (Cate Blanchett) disappearance, she sure is in a lot of that trailer. Now, it’s key to remember trailers are set to ensnare as wide an audience as possible. That may account for the editing and general wonkyness on display. There’s no mistaking that Where’d You Go Bernadette is absolutely overflowing with a talented cast. Besides Blanchett, Billy Crudup, Judy Greer, Laurence Fishburne and Kristen Wiig show up for a second or two. Even James Urbaniak (The Venture Bros.) is in this and he usually gets cast in more electic or weird fare. Adding another wrinkle to this film’s mystery.

What do you all think? Have you read the book? If so, does this accurately resemble how you imagined a film looking? Do you think this is a cash job for Richard Linklater, to fund whatever experimental feature he’s got cooking in his brain? Be sure to leave us a comment below, with your thoughts. We’ll have a better sense of what’s going on in Where’d You Go Bernadette, when it hits theaters, March 22, 2019. 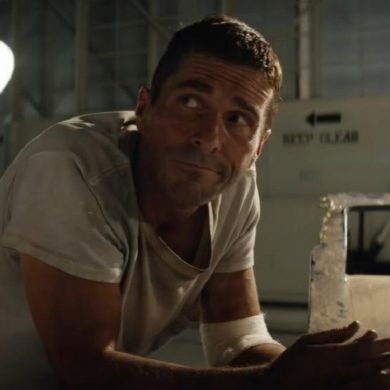