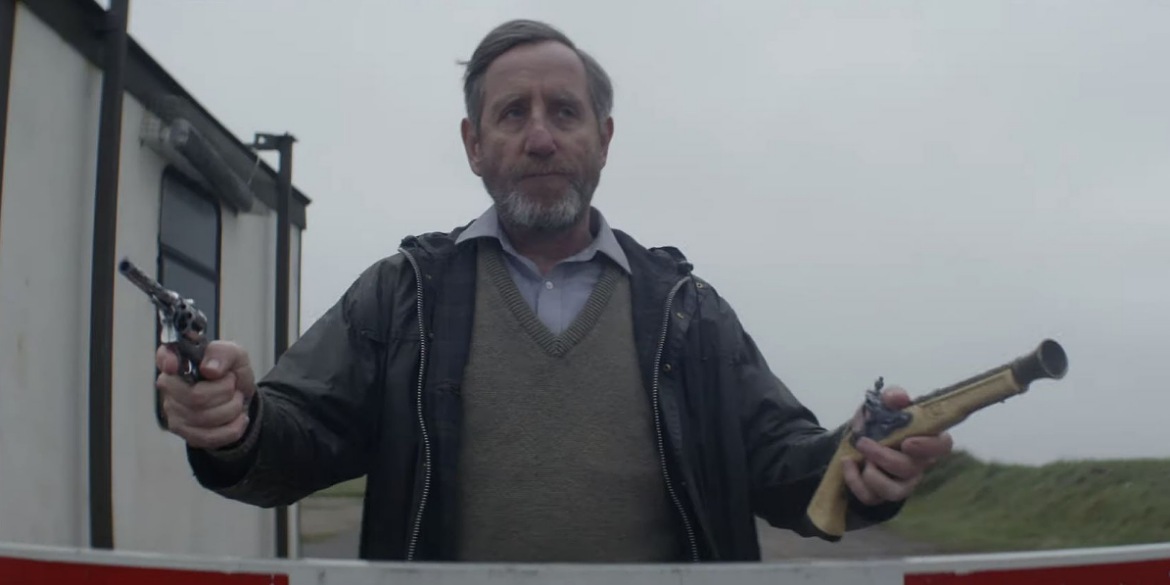 What is it about low key foreign ensemble films that keep them frozen in time. Which is to say, what is it about the foreign indie market that seems almost timeless. Maybe it’s a feature strictly tied to the vestiges of the UK and surrounding countries, where a couple dozen films feel as if they were made exclusively around 1998. Waking Ned Devine. The Full Monty. Death At A Funeral. The Guard. They all have a particular “sameness” that wafts over them. In a good way. Just take one glance at this trailer for the upcoming film Tollbooth and see if you can’t spot that same feeling.

“Brendan works solo shifts in the quietest toll booth in Wales, hiding from a criminal past where nobody would ever look. When he finally gets rumbled, word of his whereabouts gets out and his enemies head west for revenge.”

Seeing Micheal Smiley ina film is always a delight. A capable character actor, while he’s often seen milling in with capable casts, he doesn’t always get the limelight. Things would appear to be a little different with Tollbooth. A film that originally made the rounds overseas as The Toll. Regardless that bit of trivia, Smiley looks to be in great form here, as a man who has endeared himself so much to a town, that they’d rise up to protect him. Of course, there’s a chance that the film could be a bit to twee for some people’s liking. On the off chance it goes too much into kitsch and lets that do away with the story. We’ll all be able to find out for ourselves, when Tollbooth raises its boom gate and strides onto VOD, on March 18, 2022!

After Ben Affleck’s Departure, “The Batman” Finds a New Director