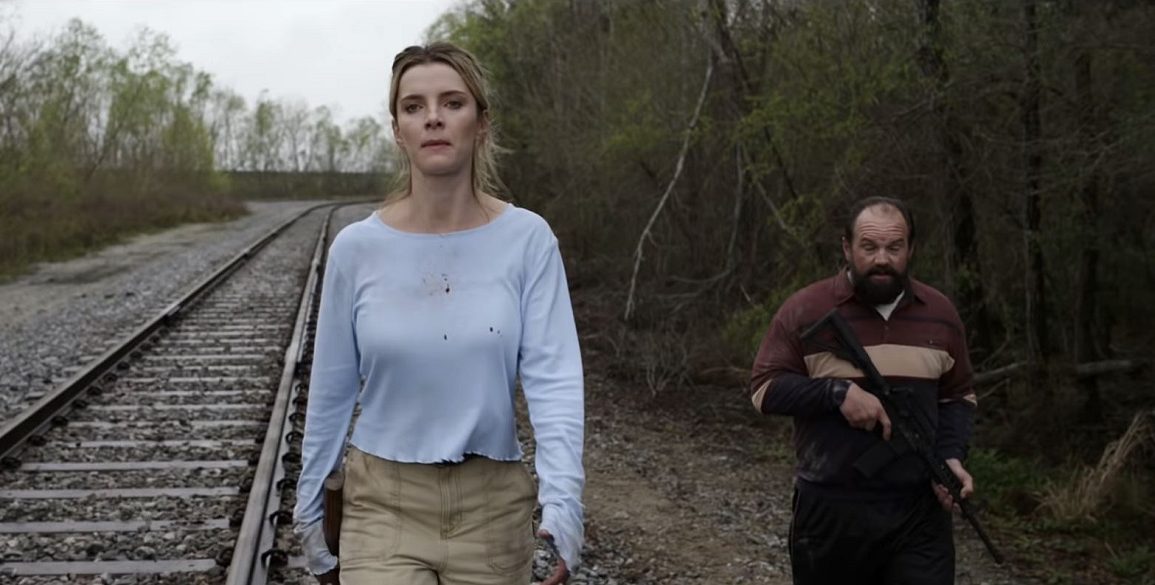 Let your mind drift back all the way to the fall of 2019. A simpler and quiet time when films could be released willy-nilly. Of course, when discussing The Hunt, that wasn’t the case. A variation of sorts of The Most Dangerous Game, the film was caught in the crossfire following several mass shootings and one very loud tweet from the President. Just as quickly as it was announced and put on hold out of respect to the tragedies, it was pulled completely from Universal’s release slate. Without much indication as to when it would ever see the light of day. That is, until today.

Suddenly, seemingly out of nowhere, both a new (and awesomely aggressive) poster, as well as trailer, appeared online today. Check them both out below.

To break up the space between these two pieces of visual media, here’s the official synopsis:

“Twelve strangers wake up in a clearing. They don’t know where they are, or how they got there. They don’t know they’ve been chosen… for a very specific purpose … The Hunt.   In the shadow of a dark internet conspiracy theory, a group of elites gathers for the very first time at a remote Manor House to hunt ordinary Americans for sport. But the elites’ master plan is about to be derailed because one of The Hunted, Crystal (Betty Gilpin, GLOW), knows The Hunters’ game better than they do. She turns the tables on the killers, picking them off, one by one, as she makes her way toward the mysterious woman (two-time Oscar® winner Hilary Swank) at the center of it all.”

The move release a film, after pulling it, isn’t entirely unprecedented. This movie was going to see the light of day, one way or another. Specially in an age where streaming media is on the rise, pushing it to VOD wouldn’t have been the worst thing. Yet, Universal and Blumhouse are taking the opposite approach, now doubling down on their marketing and in a way that is sure to get a few more eyeballs its way. That’s not a bad move. It has an interesting hook. The cast is stacked (Amy Madigan, Emma Roberts, Macon Blair, Ethan Suplee). It’s directed by Craig Zobel and written by Damon Lindelof & Nick Cuse. Put that in a blender (and Blumhouse’s usually small budget) and you’ve got a recipe for success. We’ll see, when The Hunt steamrolls its way into theaters, on March 13, 2020. Mark your calendars, immediately.